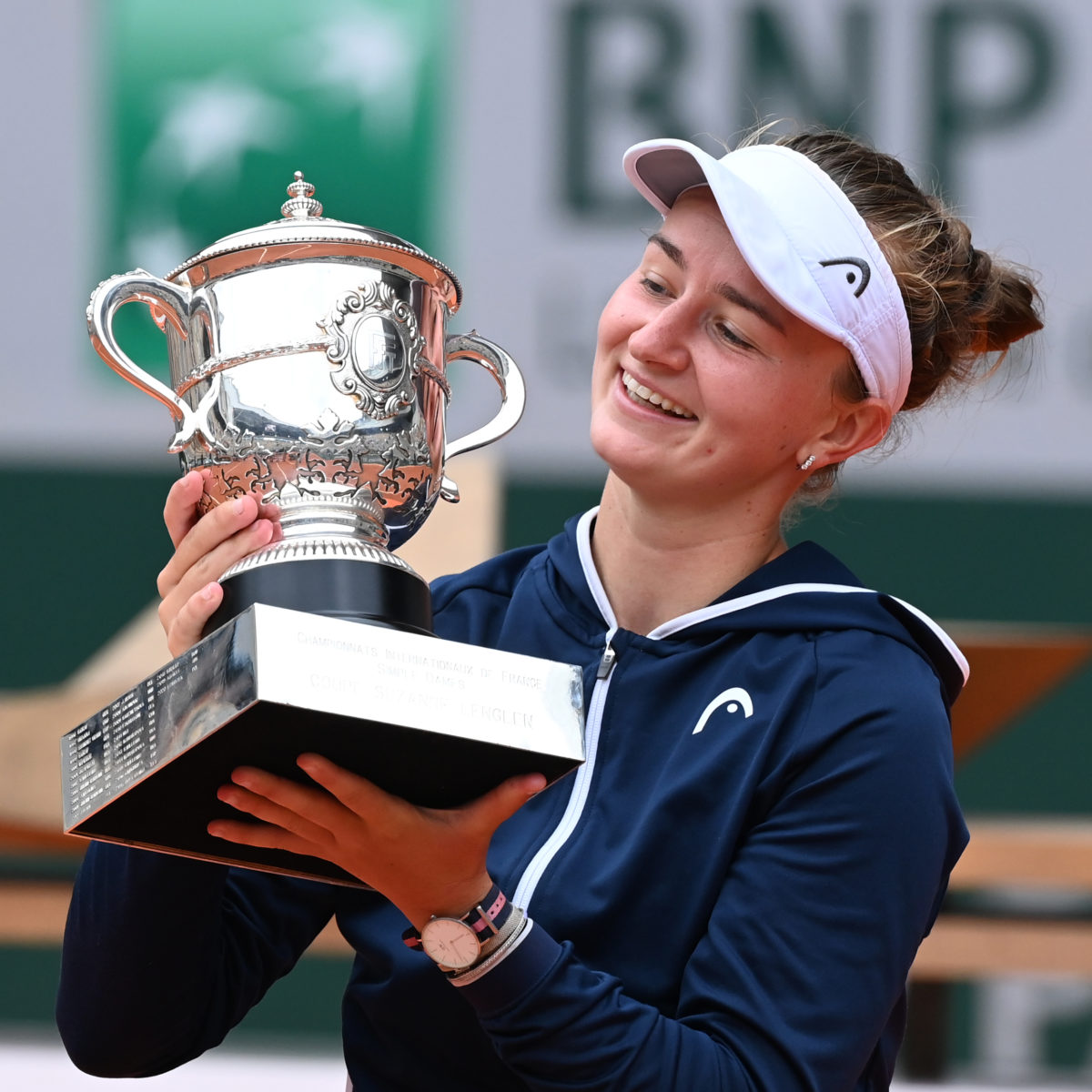 Barbora Krejcikova evoked the spirit of late coach Jana Novotna as she defeated Anastasia Pavlyuchenkova 6-1, 2-6, 6-4 on Saturday to become the first Czech woman in four decades to win the French Open.

The last to manage was Hana Mandlikova, representing Czechoslovakia, who defeated Sylvia Hanika in 1981. Krejcikova was the sixth from her nation to reach the final in Paris.

“Jana was really special to me,” she said of the 1998 Wimbledon champion who died in November, 2017, from cancer. “We just had a really special bond .

“Even I knew it’s going to be really bad, I just felt like I had to go and support her.

.I’m just really happy. I also think that she was also happy that I was there. That’s why she’s looking after me right now.”

The 33rd-ranked Krejcikova was not even inside the Top 100 a year ago but will now stand 15th according to WTA calculations.

She and partner Katerina Siniakova are also playing the Paris doubles final on Sunday, facing Bethanie Mattek-Sands and Swiatek; Krejcikova already owns doubles honours from here in 2018 and Wimbledon a few weeks later.

“I don’t know what I’m going to do with the trophy because I didn’t expect to actually be holding it,” Krejickova said.

“The tournament is not over for me yet. I’m playing again tomorrow. I really have to get myself ready for tomorrow because I really want to do well with my partner.”

The win was the 12th in a row for Krejcikova, who lifted her first career singles trophy in Strasbourg two weeks before the biggest success of her career.