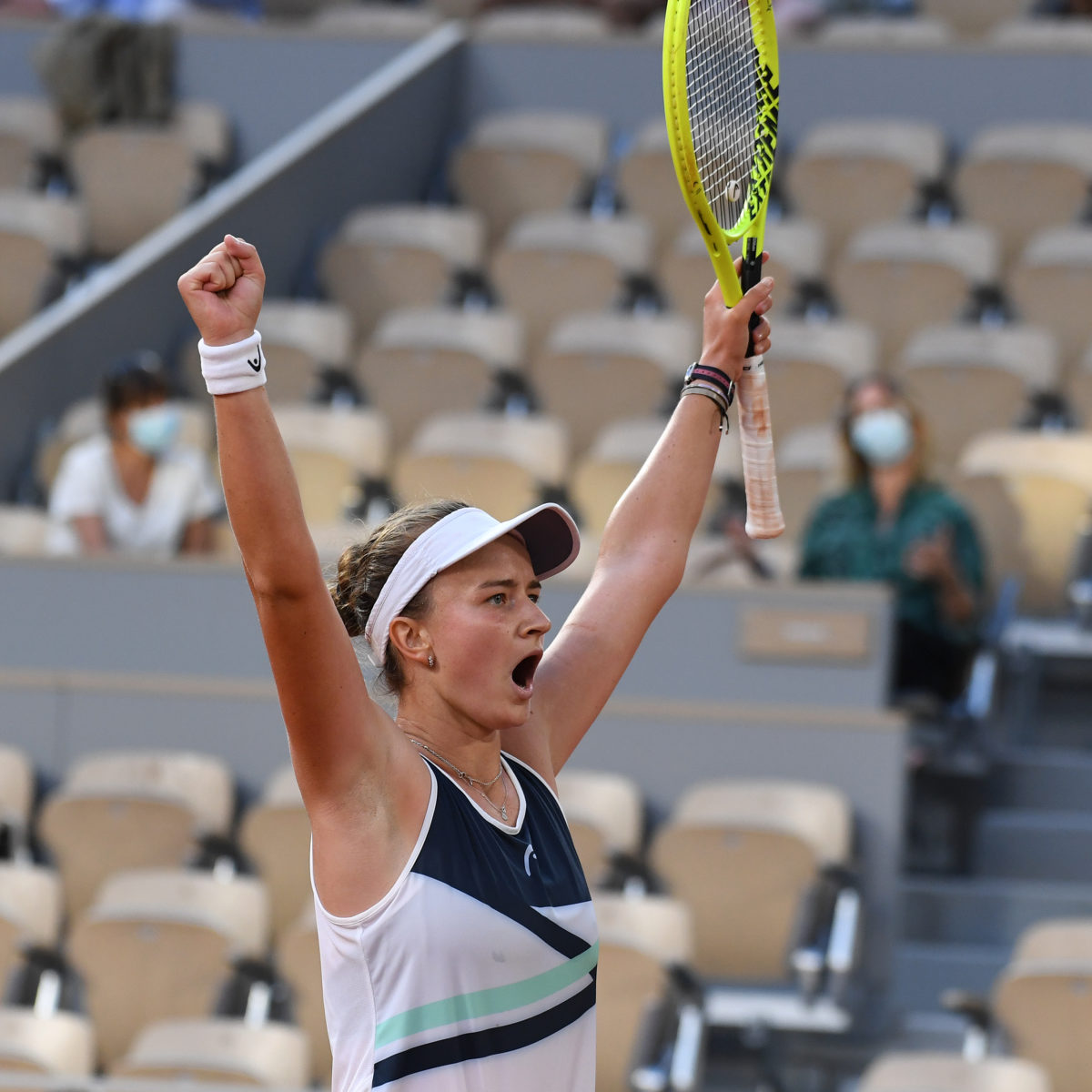 The two-time doubles champion at the majors – she and partner Katerina Siniakova are in the semis here – spent three and a quarter hours in a 7-5, 4-6, 9-7 victory which puts her into the Saturday final against Anastasia Pavlyuchenkova.

The Russian defeated Slovene Tamara Zidansek 7-5, 6-3 the first from her nation since Maria Sharapova in 2012 to play the Roland Garros final.

Krejcikova was unrattled by Sakkari, who wasted a match-winning chance serving 5-4 in the third set and was never able to fully recover.

The Czech winner who came to the court with 17 hours of matches in her legs versus around eight for Sakkari, showed little emotion as she kept knocking on the door until finally firing a backhand winner into the empty Sakkari court on her fifth winning chance.

“We both had chances, we both played so well – but only one can win.

‘I was fighting, that was the most important thing, in tennis and in life,” added the player once coached by late Czech Wimbledon winner Jana Novotna.

Should Krejcikova manage titles in both singles and doubles, she would join France’s Mary Pierce (2000) and the only woman to achieve the remarkable double.

Krejcikova ran off four straight games and won the opening set with a burst of form after 1-3 before losing serve in the ninth game.

She broke Sakkari again in the 12th game with the Greek’s return on her opponent’s set point bouncing out off the top of the net after nearly an hour of play.

Krejcikova made another recovery effort in the second set from 4-1 down.

She got to 3-4 when it stalled as a fired-up Sakkari levelled the match at a set each three games later on a third set point.

The final set (no tiebreaker) was a struggle of wills where Krejcikova finally prevailed, taking the win just as cramping began to set in.

“I don’t really read any news, so I didn’t know,” she said. “I’m happy to be among those great players, to join that club.

“But I would love to go further and to get more. I’m happy, but I still focused and I feel like I can do better maybe.

“That’s what I want at least. I’m definitely trying to soak this in and enjoy as much as possible this very special moment.”

She added: “This is definitely for myself. I was totally in my zone, focusing. I’m here right now. I know what I have to do.”

The pair of first-time Grand Slam finalists have never played each other.