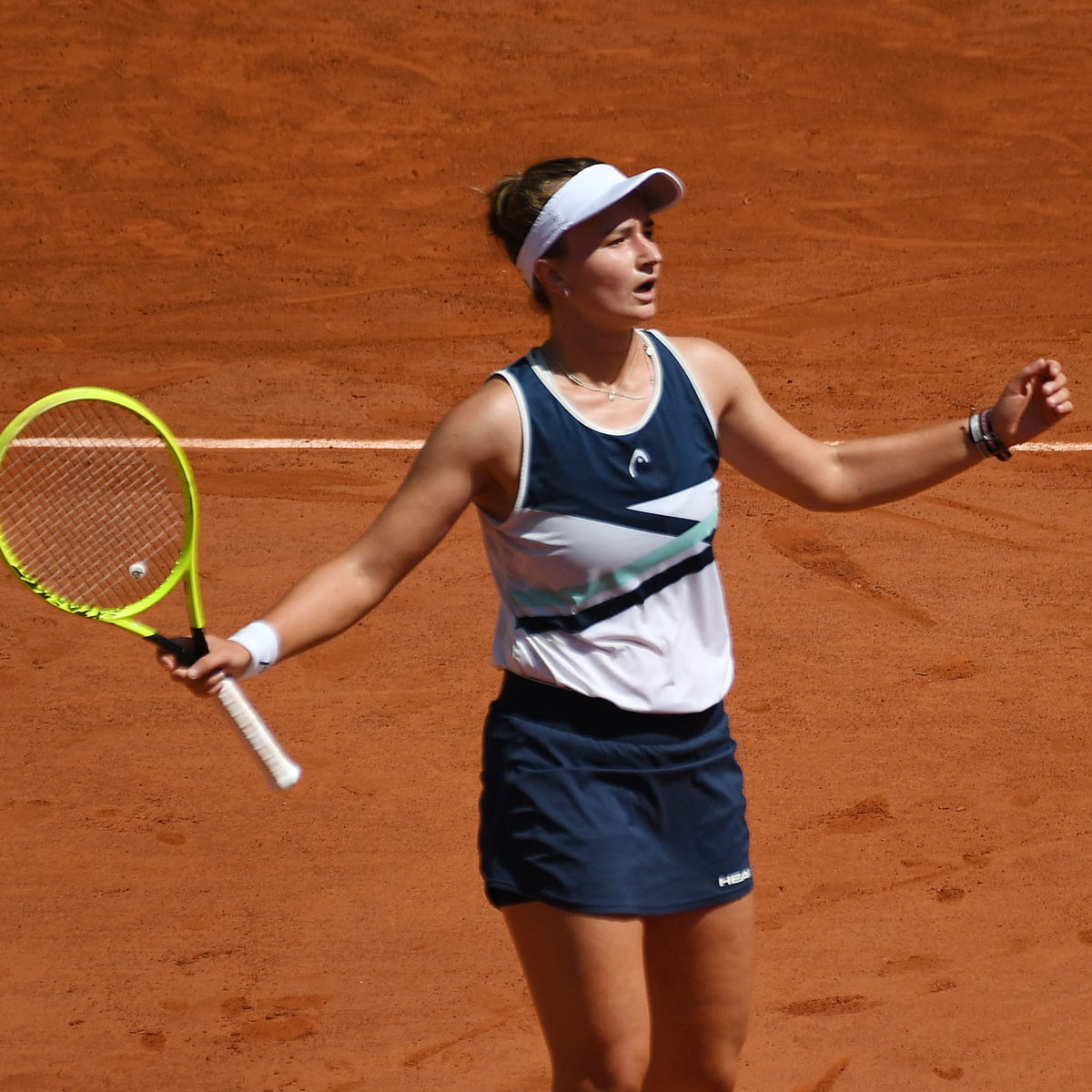 Barbora Krejcikova and Maria Sakkari lined up a battle of first-time Grand Slam semi-finalists after both scored straight-set victories on Wednesday as fans en masse made a return to the French Open.

With COVID restrictions in France now relaxed to a degree, up to 5,000 – tested or vaccinated only – were allowed onto the Chatrier showcourt to add some much-needed atmosphere to what had been a sterile venue for the first 10 days of the major.

Krejcikova, who has already made her name with two Grand Slam doubles trophies in 2018 – and still in the running here alongside with Bethanie Mattek-Sands – needed six match points to defeat US teen Coco Gauff.

Sakkari put out defending champion Iga Swiatek, who had to take a medical timeout in the second set for a right thigh problem which eventually led to her downfall, 6-4, 6-4.

The pair of winners will have little time to digest any success, with both women’s semi-finals set for Thursday prior to the Saturday final.

Krejcikova said she put aside any frustration after missing in her first five potential match-winners against the 17-year-old Gauff.

“It came to my mind (a possible loss). But I thought that if I  kept being aggressive it wouldn’t – that’s what I did.”

The 33rd-ranked Czech added that her doubles success should not  get in the way of a singles breakthrough.

“I never just wanted to be a doubles specialist. I want to play singles, work hard,

improve my game. I want to play the top players in singles.

“I’m just very happy. I just really appreciate that I’m here, that I’m playing tennis, that I can do well at what I love to do, that I can play all these amazing athletes.

“It’s very nice when I have a match point and I finish the point, it’s cool.”

Krejcikova has reached the Paris semis a quarter of a century after the late Czech Wimbledon champion (1998) Jana Novotna did it for the second time at Roland Garros.

“It doesn’t matter if you win or lose, you just have to do your best every single time you step on court, just focus on tennis, just play.”

Sakkari is now vying for Greek honours with men’s semi-finalist Stefanos Tsitsipas at this edition.

“Now for sure Greek tennis history exists,” she said. “It’s probably the biggest sport these days, tennis is in the spotlight.

“Stefanos and I are very close. We’ve known each other since a very young age.

“I see him every day here, we actually have dinner with our teams next to each other every night.

“I’m very, very happy for him and his family. It’s exciting times for Greek tennis.”

.Sakkari said that reaching her career-best in a major is more than satisfying.

“I thought that maybe that (losing in the first week) was my ceiling and I could not get any higher in the rankings, playing better in tournaments,” she said.

“But this year I proved to myself that I’m actually playing really well. I’ve beaten  a lot of very good players.

“Having the right people around me saying that I can do it gave me a lot of confidence in achieving that (goal).”