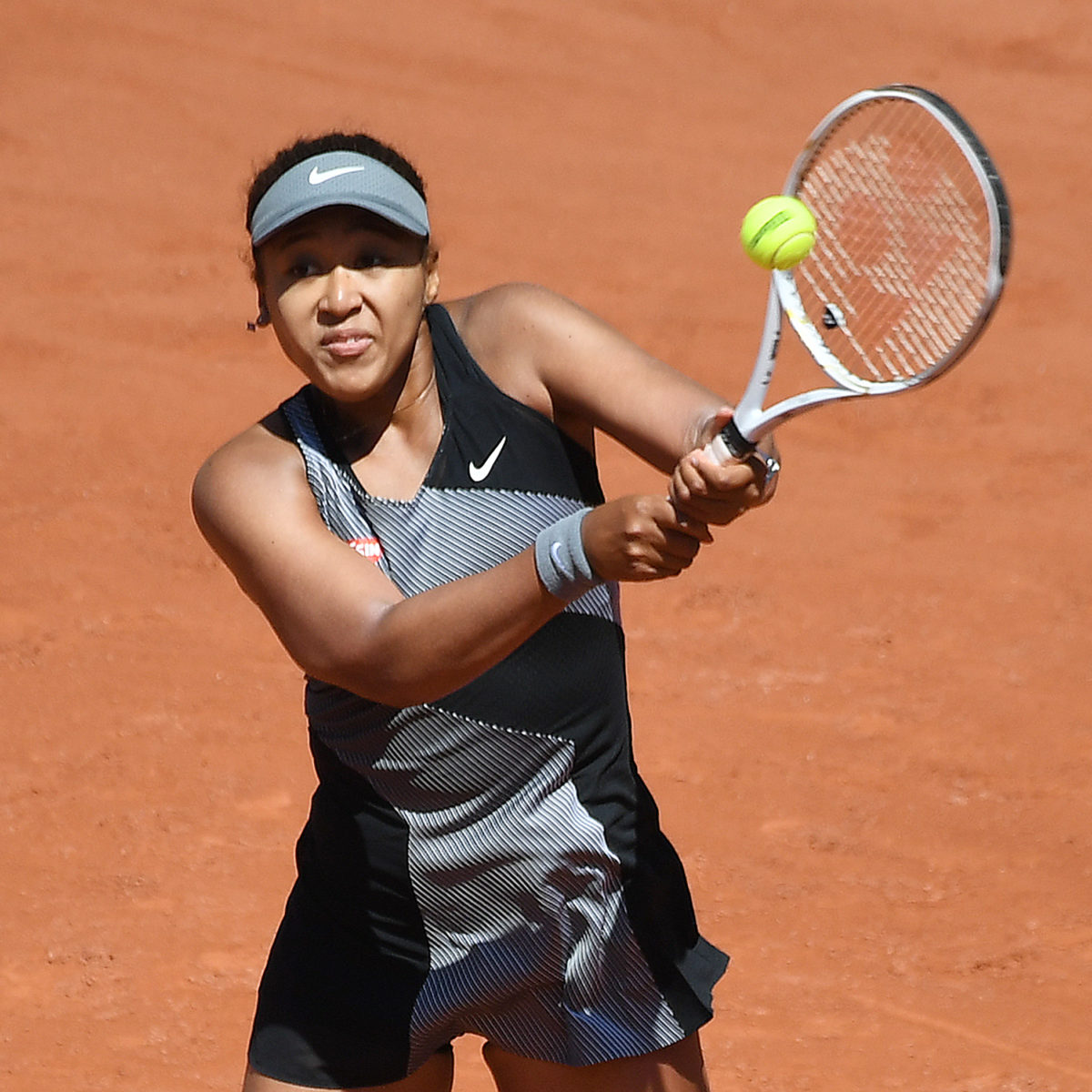 Naomi Osaka kicked off her unprecedented vow of silence with tennis media and will cop a fine of USD 15,000 as a result after winning her opening French Open match on Sunday to begin her weakest-link Grand Slam .

The second seed held off Patricia Tig 6-4, 7-6(4) in the first round, narrowly avoiding a deciding set as the Romanian recovered from 2-5 down in the tiebreaker but could not finish off the comeback effort.

The socially inhibited and painfully shy Osaka, winner of four Grand Slam titles between the Australian and US Opens but a dud so far on clay and grass, vowed this week not to speak to media as is customary for players.

The Japanese 23-year-old cited “mental health” for the decision; international tennis officials came down hard on her, threatening sanctions which could include disqualification if she keeps up her charade.

Osaka was persuaded to speak briefly in front of a COVID-limited 1,000 spectators on the Chatrier court, but produced only a few banal cliches before making her exit.

As promised, she did not appear when requested for official post-match media, an obligation for players and one which her colleagues fulfill without complaint week-in, week-out.

Osaka still managed to concentrate enough on her game to advance with 20 winners.

The Belgian challenger had her winning chance last in the second set before two-time Wimbledon champion Kvitova pulled out the set and rolled to victory in the third.

Kvitova, a semi-finalist here in 2021 and last autumn, now owns the series 3-0 against a player who lost just one set as she came through qualies.

.”From my side it was not a very good start,” Kvitova said. “I was very struggling, missing a lot, double-faulting a lot. \

“I didn’t really feel myself that well, I was pretty tight. It was really tough.

“I was fighting not only with her but with myself as well. I’m glad that in the end, I beat myself as well and beat her, so that counts.”

Kvitova said she had to ride out her storm of poor form.

“I was just hoping that at some point the match would turn. I was already hoping in the first set when I was down 5-3 and we played a tiebreak.

“It was the chance to take the first set but suddenly it was gone. It’s pretty tough to lose a set in a tiebreak.

After saving a match point with a second-set winner, the Czech seed said she started to feel better about her game. “I got in a good mood and played better.”

Kvitova next takes on Elena Vesnina, whom she has defeated twice, with the Russian (protected ranking)  still on a comeback after becoming a mother.

Vesnina won as she played her first clay match since losing in the first round here in 2018, defeating Olga Govortsova 6-1, 6-0.

Third seed Aryna Sabalenka needed an hour and a quarter to dispatch Croatian Ana Konjuh 6-4, 6-3 with six breaks of serve.

“It wasn’t a great level today from me, but I kept trying to find my game and fighting,” the winner said.

“I was a little bit nervous in the beginning, I wasn’t really feeling it.

“By the end of the first set I could find the rhythm. I won the

first set, and then everything started to get a little bit better.”

The match ended just before the 9 p.m. Paris  COVID public curfew kicked in as Azarenka ran her record in the series to 7-4.

The winner was playing only her second match this season on clay after a series of spring injuries. The Belarus player has not been beyond the third round since 2013.

“With Sveta it’s always a battle,” Azarenka said, “We first played 14 years ago

“All of the matches are very physical and mentally tough. We fight for every point.

“I was excited to have her as my first test on clay. She’s a former champion and it’s a pleasure to play her.

“I’ve not played a lot this season due to a couple of frustrating injuries. But I’m playing pain-free, it’s a boost for me.”

“The court was quite fast, so I needed a little bit of time to get used to it. Of course I was a little bit nervous.

“The first matches are tough, but I’m happy with my performance.