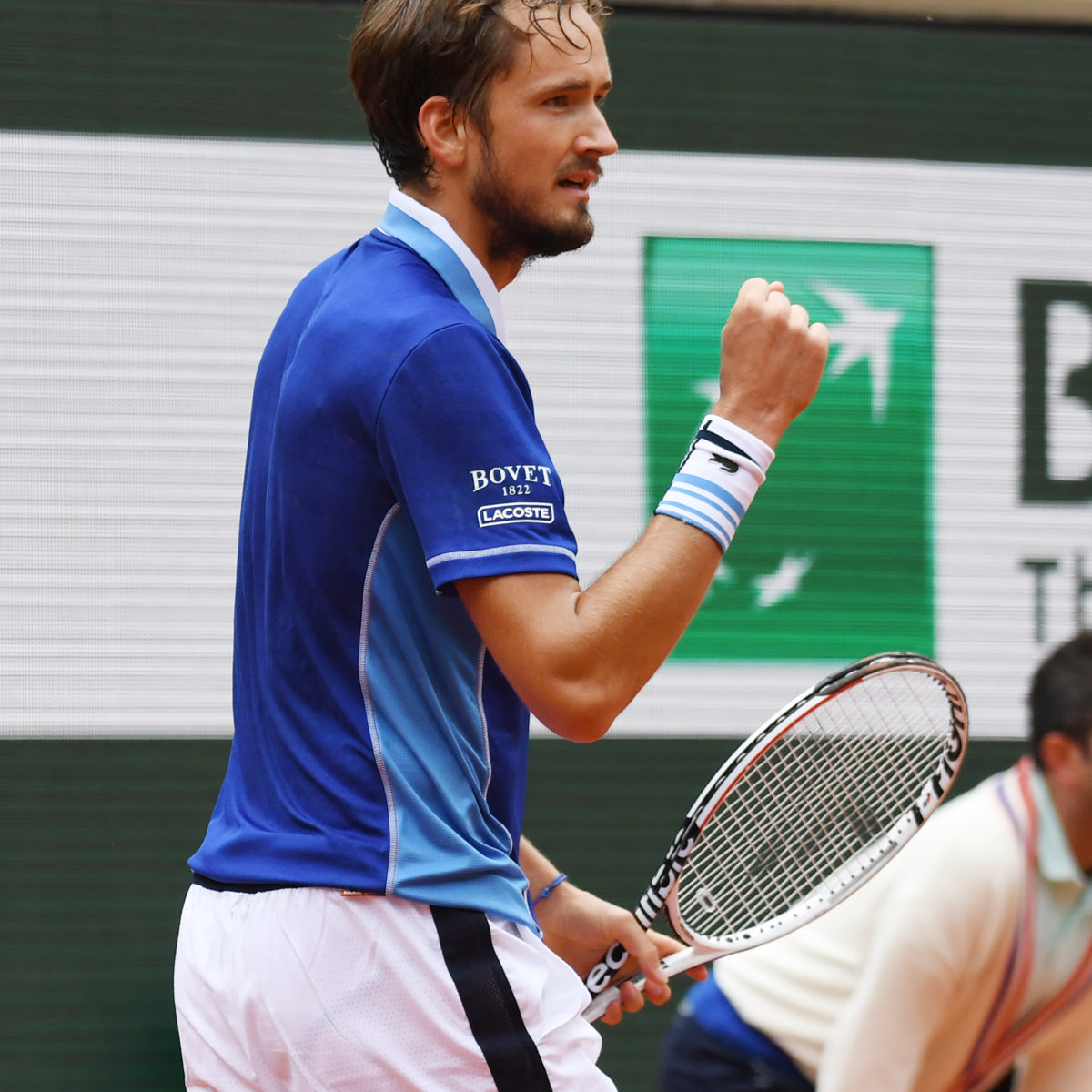 Daniil Medvedev hit his stride on Saturday at the French Open with the second seed coming within one victory of levelling his career best showing in Paris.

The ATP No. 2 who played a career-best quarter-final here a year ago, reached the fourth round as he defeated Serb Miomir Kecmanovic 6-2, 6-4, 6-2.

The schooling in just over one and three-quarter hours moved the winner a step closer to a possible return to the top ranking should he play next Sunday’s final.

Medvedev produced almost double the winners of his adversary – 42 to 24 – breaking five times and saving both of the break points against his serve.

“It was a great match against a tough opponent,” Medvedev said. “Before the match, I would never have thought I could make this score happen on clay courts.

“Everything I wanted to do today worked. I was serving great, I was almost putting all the returns in.

“I made his life as tough as possible and it was enough to win today.”

The winner of 13 Tour titles came to Paris with just one clay match (Geneva) after missing a month or more on clay due to a hernia procedure.

He has yet to drop a set at this Paris edition.

Medvedev will take on fellow US Open winner Marin Cilic after the Croat ended the run of sentimental French crowd favourite Gilles Simon 6-0, 6-3, 6-2.

The 37-year-old Simon has announced that this will be his final season. Cilic sent over eight aces and broke Simon eight times.

Swede Mikael Ymer held his head in his hands and tried to psych himself up during third-set changeovers as he went down to fourth seed Stefanos Tsitsipas 6-2, 6-2, 6-1.

The Greek’s victory prevented his 95th-ranked opponent the chance to become the first Swedish man to advance to a Grand Slam fourth round since Robin Soderling her in 2011.

Tsitsipas, who had needed five sets in each of his previous Week 1 matches, managed to get a breather as he beat Ymer via the express route in 92 minutes.

Tsitsipas, who had played his first two matches at  night, was happy to get a chance in afternoon sunlight against an opponent he knows well from junior days..

“Conditions in the last two matches were dry and cold. Today I felt much more free with my ball, I could push a lot, which helped a lot mentally.

“There were a lot of good rallies from my side. I played really well and topped it off with some patient tennis.”

Ruud became the first man from his country to get this far in Paris but needed nearly three and a half hours to finish the job.

But Norwegian tennis has been a family affair, with his former ATP player father Christian losing in the third round here in 1995 and 1999.

The eighth seed staged a fightback as he trailed two sets to one and secured a break for 3-1 in the fifth.

Ruud earned victory with a service winner which Sonego drove wide and high.

Jannik Sinner managed a win on nearly one leg as he put out American Mackenzie McDonald 6-3, 7-6(6), 6-3 while carrying a thigh injury.

The Italian 11th seed has reached the fourth round in all three of his Paris appearances.

But Sinner had to battle, saving 11 set points as he advanced in a shade under three hours after coming from 5-2 down in the second set..

“I think both of us were not feeling well on the court, but I am very happy to be through and that I found a way,” he said.

He added: “I served very well today in the important moments. I’m very happy I broke him immediately at the start of the third set.”

The limping Rublev, seeded seventh, needed four match points to wrap up a win in which he helped his cause with 10 aces.

Hubert Hurkacz moved ahead with a 7-5, 6-2, 6-1 defeat of Belgian David Goffin, once ranked seventh in the world.