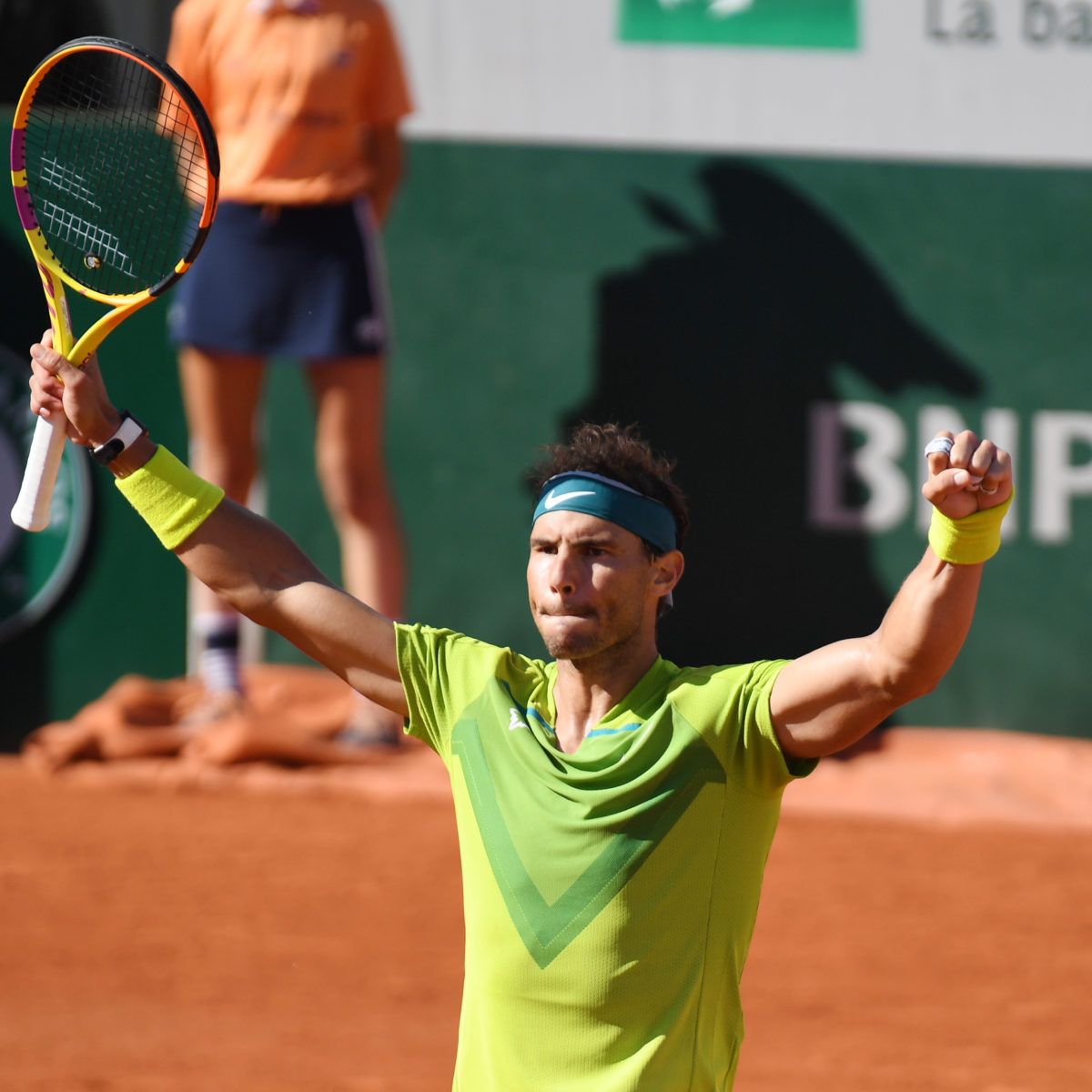 French Open title favourites Novak Djokovic and Rafael Nadal stayed on collision course for a possible quarter-final meeting as both earned dominating wins into the fourth round on Friday.

Top seed Djokovic, the defending champion, slammed Aljaz Bedene 6-3, 6-3, 6-2, with the Slovene playing his last match here prior to taking up a new career as a football agent

The outsider saved a match point in the final game before Nadal brought the win home in two and a quarter hours.

Djokovic, who won Rome in the Paris run-up, took just an hour and three-quarters to defeat Bedene with 30 winners and 17 unforced errors.

Djokovic has reached the Paris fourth round for the 16th time from 18 participations.

He next plays Diego Schwartzman, whom he has defeated in all six of their previous matches.

The Serb said the South American has the potential to give him fits.

“He’s one of the quickest players we have on Tour, and his best results in his career came on clay, so of course he’s a tough opponent
without a doubt.

“I know him well, we’ve played some really good matches on different surfaces.

“Against him, you always have to expect another ball coming back. I haven’t spent too much time on the court.

“But I’ve been striking the ball really well, so I look forward to that challenge.”

2020 semi-finalist Schwartzman pounded Grigor Dimitrov 6-3, 6-1, 6-2, with the Argentine competing well in his favourite time of the season.

“For Latin American players, when we are playing good tennis and feeling okay, this is our best part of the year, for sure.

“The last few years I played great on hardcourt and that’s how I improved my ranking (currently 16th). But you have to win on all the surfaces.”

Two years ago, Schwartzman beat two-time finalist Dominic Thiem in the quarter before running into Rafael Nadal in the semis.

“I always have a good feeling in Paris, ever since passing the qualies and winning the first match.

“I have a lot of good memories here, you feel good when you go back to a place where you did well

“I’m very happy to be one more time in the second week.”

Nadal will line up next against a player coached by his uncle and former coach Toni when he takes on Felix Auger-Aliassime. The Canadian advanced past Serb Filip Krajinovic 7-6(3), 7-6(2), 7-5.

The Spanish fifth seed said the contest will be special with his relative involved on the other side but tried his best to tamp down any pre-match hysteria and speculation.

“He’s my uncle. I don’t think he will want me to lose. But he’s a professional and he’s with another player.

“I don’t know what’s gonna happen, if he’s gonna stay in the box or not, but I don’t care. I have zero problem with that.

“I know the feelings that we have between each other. I know he wants the best for me. Now he’s helping another player.

“But honestly, for me, it’s zero problem.”

German third seed Alexander Zverev defeated Brandon Nakashima 7-6(2),  6-3, 7-6(5),  going through with less stress than his five-setter of the previous round.

Zverev had a niggle closing it out, breaking for 3-2 only to lose serve a game later for 3-all. He closed it out in the tiebreaker with a backhand winner down the line after just under three hours.

“I raised my level a lot today, it was a very different match,” the winner said. “I prefer this – it’s much better for me.”