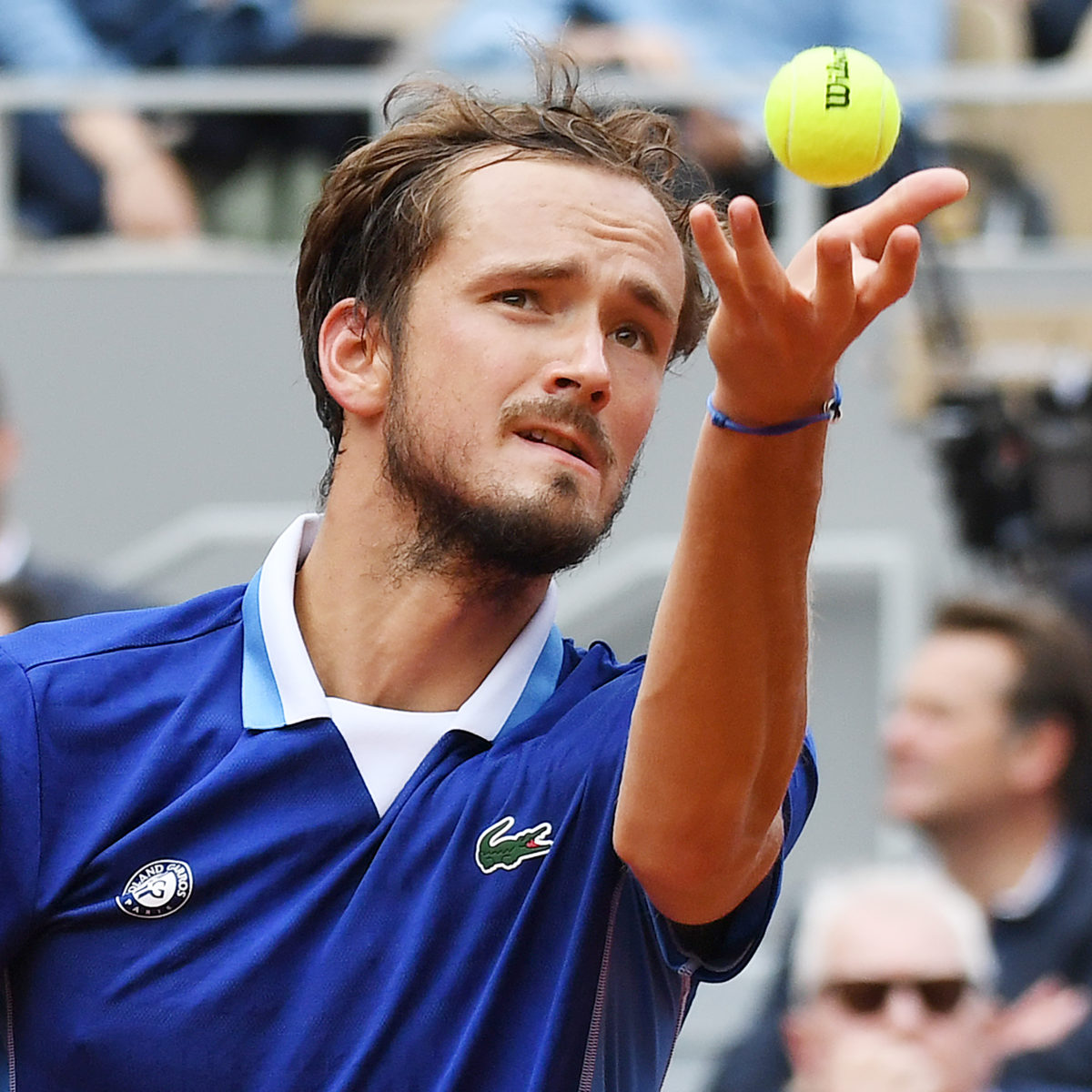 Daniil Medvedev continued his assault on the No. 1 fortress of Novak Djokovic, with the second seed posting a comprehensive 6-3, 6-4, 6-3 defeat of Laslo Djoe to reach the Roland Garros third round on Thursday.

Should Medvedev continue his progress to next week;’s final, he would take back the top ranking on June 6.

Medvedev, who ended a four-year loss streak on Paris clay with a 2021 quarter-final, has always painted himself as somewhat clay-averse.

But his form so far during the first week shows that something has changed.

The second seed broke his Serb opponent seven times and ended with 39 winners in a victory which took just over two and a half hours.

While he has two wins here, the reigning US Open champion freely admits he’s not a huge fan of the dirt.

“I’m not gonna lie, I prefer hard courts. I think I can play better there.

“I can preserve my body on them – quite important for a tennis player.

“But when I am on clay courts, I want to win; that’s the most important.

“I’m not gonna say I love clay, but I’m trying to figure out how to get good results on it.”

Eighth seed Casper Ruud defeated Finland’s Emil Ruusuvuori 6-3, 6-4, 6-2 as the Norwegian ran his record over the Finn to 3-0.

The Scandinavian who ended the career of Jo-Wilfriend Tsgona in the first round, matched his best career showing here with victory in just over two hours.

“It was high-quality from the first to the last point,” the winner said. “I think we both played better than what we did in Barcelona (match in April)

“The level was a little bit higher. Emil is playing much better on clay. He’s moving better and playing well from the baseline.”

Ruud, with 41 winners, called achieving his victory “definitely a challenge.

“All in all, I’m very happy with the performance.”

Gilles Simon, who is set to retire at the end of this season,earned the 500th victory of his career with a second-round defeat of American Steve Johnson 7-5, 6-1, 7-6(6).

Munich winner Rune improved to 12-3 on clay this season and next takes on France’s Hugo Gaston.

“This feels really great. It’s a tough battle, especially when you lose the first set and have to turn it around.

“Physically it was not easy, even if I was feeling great. It’s good that I managed to finish in four sets.”