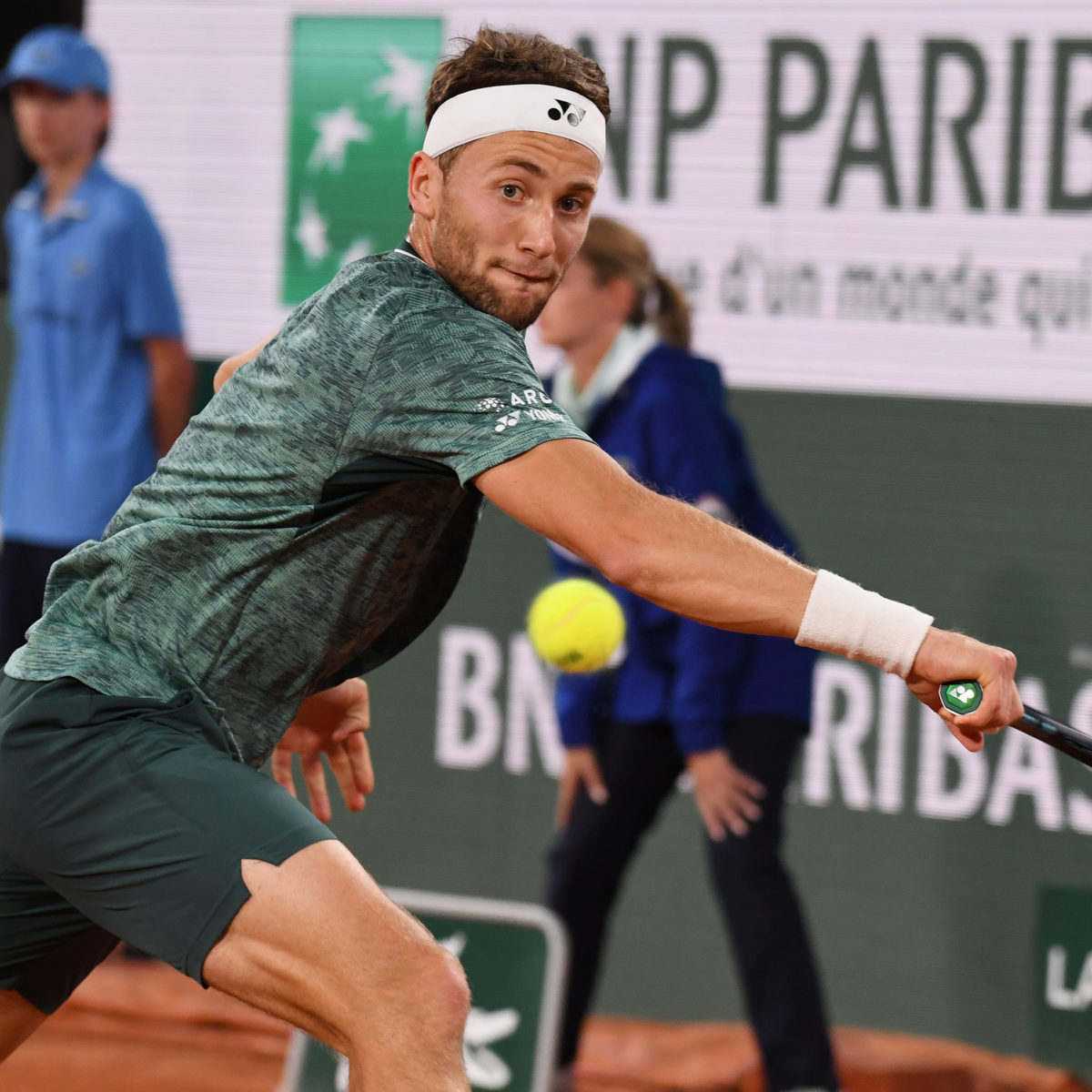 Casper Ruud created Scandinavian tennis history as the first from the region to reach a French Open semi-final with his 6-1, 4-6, 7-6(2), 6-3 win early Thursday morning.

The Norwegian beat jittery Dane Holger Rune, who appeared to be a bundle of nerves throughout a battle lasting for more than three and a quarter hours.

The nervous teenaged hothead all but blew off the traditional post-match handshake with the winner, settling for a brief touch of hand before stomping off to his chair.

The 19-year-old, beaten in the first Scandinavian quarter-final here, pumped his fist after almost every point as he yelled into the air, mouthed off to himself and never calmed down.

The methodical Ruud was able to slowly grind out the late-night win 13 aces and five breaks of serve.

He has now beaten Rune in all four of their meetings.

Ruud ripped through the opening set in 34 minutes before Rune began to fight back.

The Dane levelled at a set apiece and broke back in the third immediately after dropping serve in the seventh game.

But with the match passing the two and a half hour mark at midnight, the Norwegian won the third set in a tiebreaker to take the match lead.

Rudd finished the win a set later on his second match point.

Cilic becomes the fifth active player to reach the final four of all of the Grand Slams after Roger Federer, Rafael Nadal, Novak Djokovic and Andy Murray. .

The winner followed up on his quarter-final success against second seed Daniil Medvedev here.

“I played that kind of tennis all match. It was played with a lot of heart,” Cilic said.

“One had to go down, today was my day, but Andrey played incredible. Bad luck to him.”

The 33-year-old became the second from his Balkan nation formed in 1991 to get this far in Paris, following in the footsteps of Federer’s coach Ivan Ljubicic, who played a semi-final in 2006 against Nadal.

Cilic missed on a match point in the tenth game of the final set, hitting the net with a return. Rublev held serve 5-all as he put a winner at the feet of the Croat.

But the set advanced into a super tiebreak, where the first man to 10 by a margin of two gets the win,

Cilic came alive in the decider, racing away to earn seven more match points and advanced on his next try on Rublev’s error.

“I’m unbelievably proud,” Cilic said. “It was a tough day at the office today.

“Playing Andrey is tough, there were slightly different conditions today. The court was a bit harder and the ball not bouncing as much

“It was not easy to open up the court, so I had to use my topspin.

“I served fantastically well and kept my focus. He was close to breaking me a few times in the fifth set but I kept my head down.”

Rublev said he relaxed too much after winning the opening set as Cilic fought his way quickly into the match with his huge delivery .

“He was serving really, really good, really strong. Almost all the important points he was winning with his serve.

“It was really, really tough to read or to return.

“After the first set I relaxed a bit, and started to think too much.

“When things weren’t going my way, I started to show frustration. I dropped the second set completely.