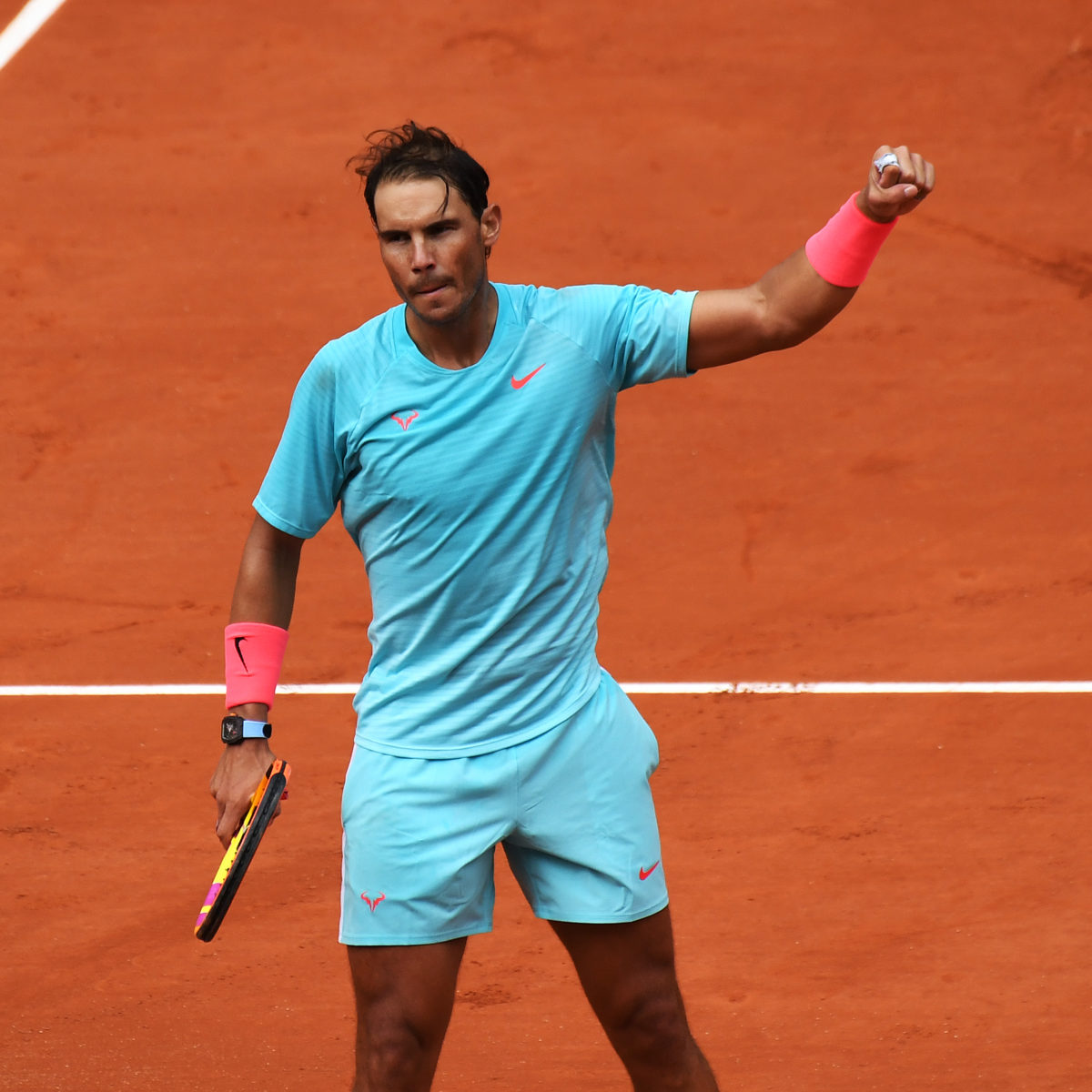 Rafael Nadal kept his eye on the prize of a potential 13th trophy at the French Open as the Spaniard defeated awestruck qualifier Sebastian Korda 6-1, 6-1, 6-2 on Sunday.

The No. 219, son of 1998 Australian Open winner Petr Korda, was subdued  in the fourth round as Nadal edged closer to more record success at his sentimental venue.

The 20-year-old Korda who named his cat after his idol Rafa was bidding to become the first  American man to reach the last eight at Roland Garros since Andre Agassi in 2003.

Korda was thrilled to be on the same court with his idol: “It was definitely thebest moment of my life, it was super-awesome,” the American said.

“After the match I asked him for a signed shirt – the request was happily honoured – when we were tapping rackets. I don’t know if anyone’s ever asked him for an autograph after a match.

“That was definitely the coolest moment of my life and one I’ll never forget for sure.”

He added: “This was an unbelievable moment for me and I couldn’t have written it any better:

“Qualifying for my first Grand Slam, winning my first tour-level match, and then playing Rafa on Chatrier in the fourth round – it’s a big blessing.”

Nadal will take on another rising name in the quarter-finals, playing Italian Yannik Sinner after the No. 75 defeated US Open finalist Alexander Zverev 6-3, 6-3, 4-6, 6-4 in three hours.

The Italian from the northern German-speaking province of Alto Adige playing the tournament for the first time won the first two sets, dropped the third but began the fourth with a break and held on for the upset.

Victory marked his first win over a Top 10 player at a grand Slam, though he did defeat Stefano Tsitsipas last month in Rome.

Nadal will play his 14th quarter-final at Roland Garros after securing victory in barely two hours.

“I’m coming here with a clear goal, to be at 100 per cent every day and try to produce the best result possible,” the Spanish second seed said.

“”I’m in the quarter-finals, I’m very happy for that. I’m just focused on what I am doing.”

Zverev revealed after his loss to Sinner that he had been feeling ill since the previous round 48 hours earlier.

“I was completely sick after the match with (Marco) Cecchinato, what can I say? I can’t really breathe, I had fever as well.

“I’m not in the best physical state, I think that had a little bit of an effect on the match today.”

Tournament officials at the COVID-19 semi-quarantined event said that Zverev was up to date with his virus tests, with his next due on Monday.

The local favourite went to the next more than 60 times and unleashed at least 50 drop shots before Thiem squeezed out a six-minute final game on his second match point.

Thiem has played and lost the last two Paris finals against Nadal but is now in a more commanding position after claiming his first Grand Slam title three weeks ago in New York.

The Austrian winner missed a chance to close out a straight-sets evening and found himself struggling as Gaston thrilled the maximum 1,000 masked fans allowed into the Chatrier stadium.

“I missed a break point with a forehand error, then the match got complicated,” Thiem said.

“I was losing some energy and I couldn’t find an answer to his dropo shots.

“But in the fifth set I got some fresh energy, it was great to fight through at the end.

“I’m very lucky I made it through today.”

Thiem will use Monday for recovery before tackling Rome finalist Diego Schwartzman, who beat Italian Lorenzo Sonego 6-1, 6-3, 6-4 after coming from a break down in the third set..

Thiem is onto the longest winning streak of his career after his 11th in a row.