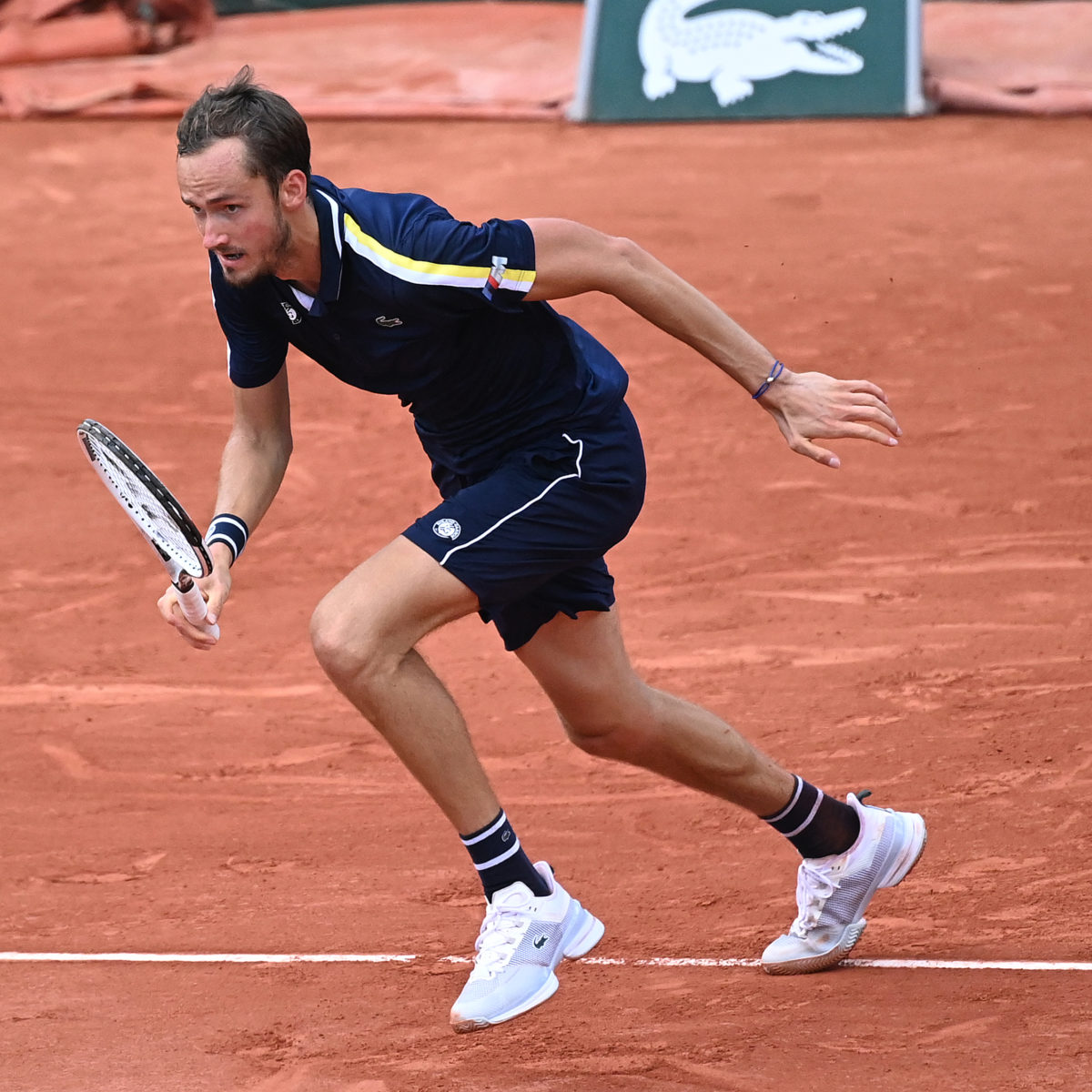 Daniil Medvedev confirmed his growing affection for the clay he once despised as the second seed broke through for a quarter-final place on Sunday at the French Open.

The Russian who stands second behind Novak Djokovic, continued to set personal bests on the dirt, defeating Chile’s Cristian Garin 6-2, 6-1, 7-5 in the fourth round.

Medvedev had never won a match at Roland Garros prior to this edition, losing in his first four attempts in the first round.

But the Monte Carlo resident has come of age and is now a big fan of the surface where his luck is improving fast.

“It was 0-4 here in Roland Garros, I was losing in Madrid, Rome, I lost Hamburg. I lost Roland Garros last year,” he said.

“I was on a big streak of not so many matches won on clay. But I said it before the week that I was feeling really good, I was looking forward to making a great result.”

Medvedev added: “At Roland Garros, I need to play like on hard courts because the bounce is low and fast.

“I don’t know if it was like this before and I was just unlucky with the draw.”

Medvedev sent over 14 aces and broke six times with 48 winners in the two-hour victory over Garin.

Medvedev will now line up against rival Stefanos Tsitsipas, who moved into the second week of the major 6-3, 6-2, 7-5 over outclassed Spaniard Pablo Carreno Busta.

The Greek fifth seed already owns clay honours from Monte Carlo and Lyon this season and is one win away from his Paris best of the 2020 semis.

Tsitsipas finished off PCB with 41 winners, breaking five times; he now paces the ATP on 37 victories this season – including 20 on clay.

“I had a great start, where I didn’t let him attack a lot,” Tsitsipas said.

“My performance was good, I was very mentally there in every single game. Whether I was serving or not, I was very concentrated on the procedure, the process.

Medvedev has won six of seven meetings with his rival, including February’s Australian Open semi-finals.