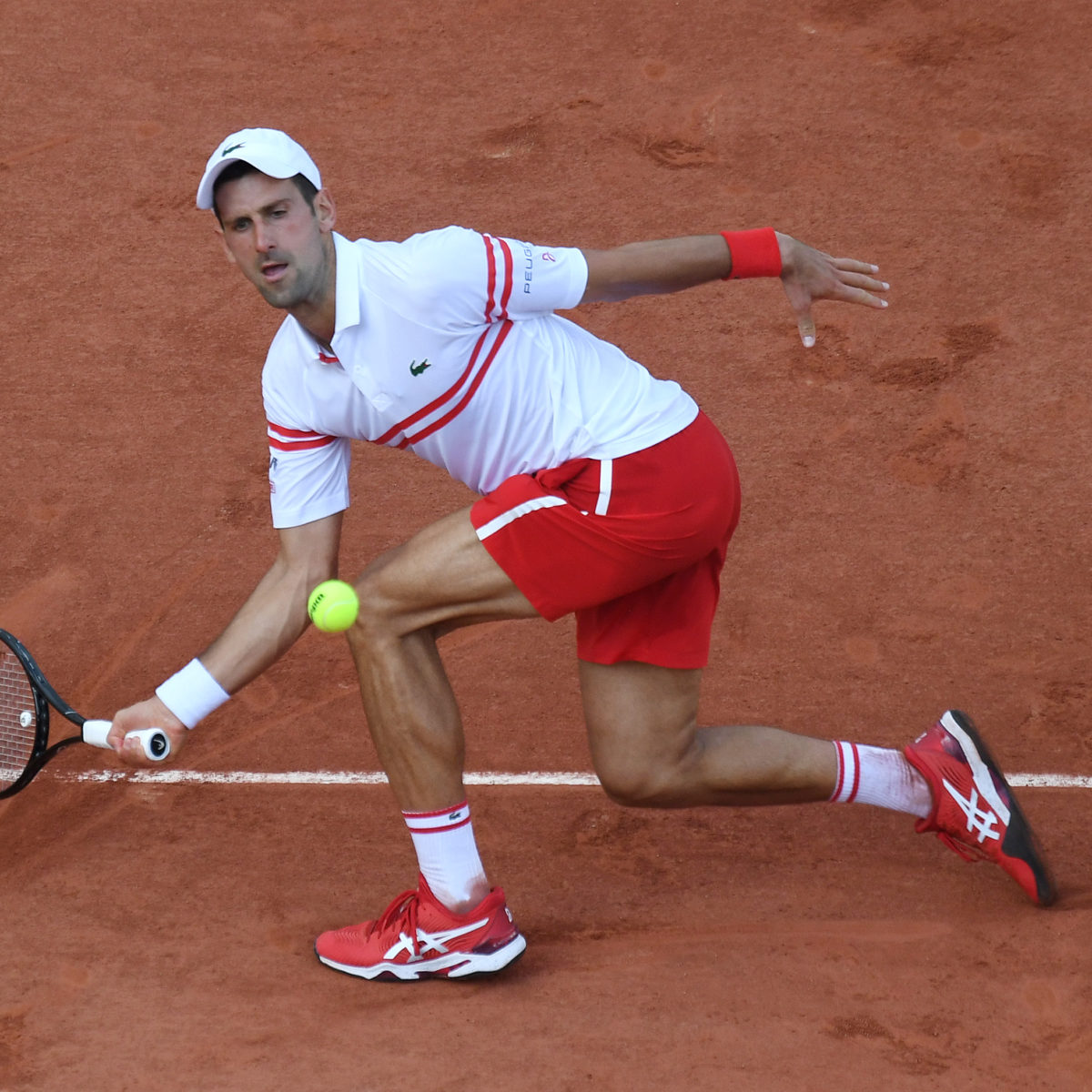 Grand Slam dominators Roger Federer and Novak Djokovic carved out solid wins into the third round of the French Open on Thursday, with Federer’s match containing some extra spice.

The Swiss eighth seed beat longtime opponent Marin Cilic 6-2, 2-6, 7-6(4), 6-2 in a contest in which the Croat complained about slow play from the Swiss.

The chair umpire issued a warning which only served to fire up the 39-year-old Federer, who finished off victory in two and a half hours.

The Swiss admitted that after being off the Tour for almost all of 2020, he’s still getting used to the new COVID-safe reality… such as players getting their own towels.

“I didn’t feel like I was playing particularly slow, and with the towels… quite honestly, if I want to go to the towel, now I can’t go to the towel anymore, it’s okay, I get it.”

But he also had a word about Cilic’s extended service routine:

“When he sets his foot down to get ready for the serve, he’s not quite ready yet.

He still takes 10 bounces. I’m not in the mood to stand there.

“I feel it was a misunderstanding on many levels. I guess

“So far the two matches have been played with high quality. I’m pleased with the performance today, particularly against a specialist on clay, and someone I have never faced before.”

The Serb stands 22-3 on the season and will be playing a Paris third round for the 16th consecutive year.

French showman Gael Monfils overcame an apparent early injury but was unable to get past Swede Mikael Ymer in a 6-0, 2-6, 6-4, 6-3 loss.

The 34-year-old Monfils came to Paris on poor form all season but his prospects brightened a bit after a first-round victory.

But after a medical timeout at the start of the second set against No. 105 Ymer, Monfils came alive – though his four-set effort was not enough to earn a trip to the third round.

The Frenchman was weighed down by 62 unforced errors over two and a half hours.

“They helped him just enough to take the win,” Monfils said. “I’ve had a tough situation for the last few months but now I’m much more happier to be back on tour, back on the court.

“I want to tell the fans that I’ll try to enjoy myself more, try to be even a better player than I used to be.

“I hope I will be able to give them more joy and better tennis in the next few months.”

Ymer has now reached a second consecutive Grand Slam third round and will move back inside the Top 100,

Taylor Fritz left the court in a wheelchair after cramping during a 6-3, 6-2, 3-6, 6-4 loss to German Dominic Koepfer, next opponent for Federer.

No. 9 Matteo Berrettini and Marco Cecchinato combined for an Italian double, with Berrettini crushing Federico Coria 6-3, 6-3, 6-2 and Cecchinato eliminating the last Australian in the field, Alex de Minaur, 6-4, 6-1, 3-6, 6-1.