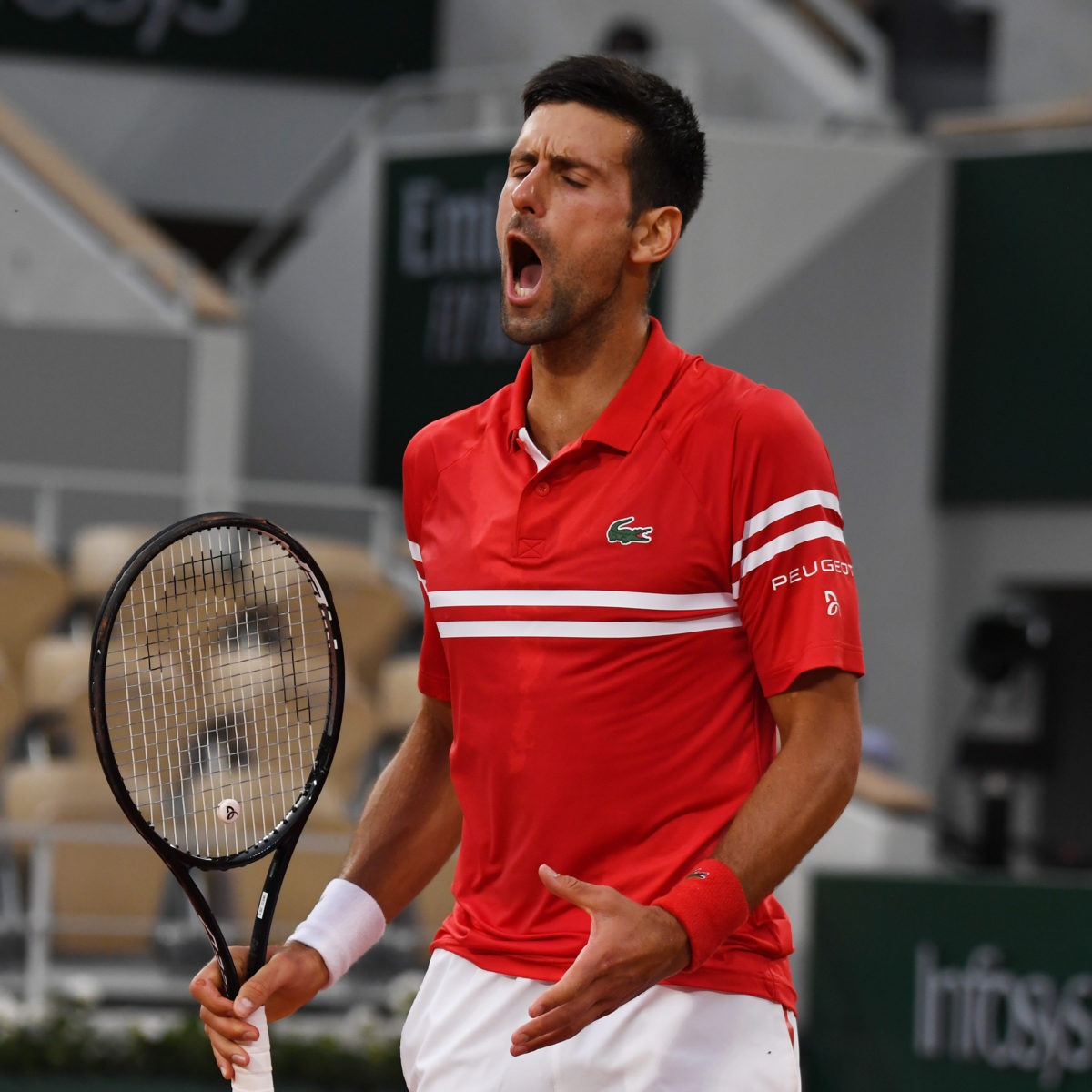 Novak Djokovic bellowed in Serbian after earning a 6-3, 6-2, 6-7(5), 7-5 win over Matteo Berrettini at the French Open early Thursday morning which put the top seed into another battle with Rafael Nadal.

A fired-up Djokovic could not contain his emotions as he screamed at his box in a Chatrier stadium left empty with 5,000 fans turfed out at the new 11 p.m. curfew time in France as some COVID restrictions eased.

The quarter-final lasted for three and a half hours on court with another 25 minutes required to clear the stadium.

In the day session, Nadal sprang into action while standing level at mid-match, running away with the final nine games to defeat Diego Schwartzman 6-3, 4-6, 6-4, 6-0 for his 14th semi-final in Paris.

Djokovic came through his emotional win on a third match point to become the second man in history to reach 40 Grand Slam semi-finals,after Roger Federer.

“It was tough without public, difficult to find motivation and energy,” Djokovic said.

“It came down to the last shot, it was a battle for both players. I served efficiently against an opponent who had power and speed.

“It was tough to maintain concentration and intensity because of the conditions,

“I really wanted to finish in three sets but I couldn’t close out the tiebreaker, so I’m happy to go through all the same.”

Djokovic took advantage of an opponent in Berrettini who had a bye in the last round when Federer retired after winning a third-round match on Saturday.

Djokovic and Nadal will face off for the 58th time in their career with the Serb leading 29-28; the match will be a repeat of last autumn’s final won by the Spaniard.

Nadal stood a set apiece and 3-3 with his Argentine Schwartzman before the 35-year-old hit the accelerator and roared to his 11th defeat of the Argentine in their 12 matches.

The contest was a replay of a semi-final here last October’s delayed edition.

” I won an important match against a tough opponent,” Nadal said after collecting his 105th Roland Garros win from 105 matches played.

“I was able to find a way to play my best tennis in the moment that I really needed to.

“I got a lot of confidence, it’s a moment to enjoy today and to try to start preparing for that semi-finals in terms of recovery and practice a little bit tomorrow.

“I had good feelings at the end of the match, so that’s it.”

The Spaniard said that after losing the second set, he merely needed to readjust.

“That was the moment to calm myself, to think about the things that I was doing well in practice and just to try to make it happen.

“I’m very proud that (I played) probably the best level of tennis, few mistakes, hitting a lot of winners.”