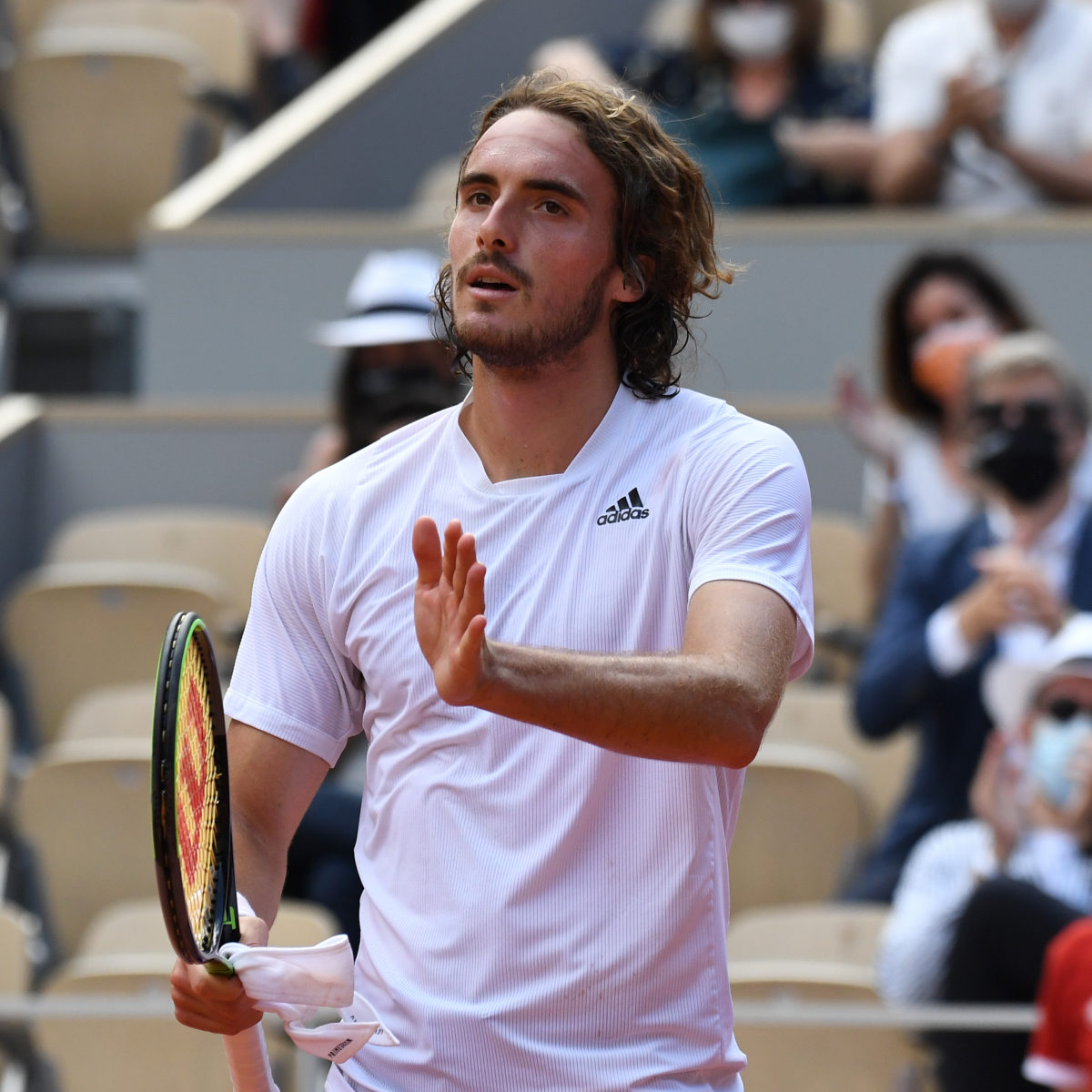 Stefanos Tsitsipas will have revenge in mind when he goes into a French Open semi-final against Alexander Zverev after losing to the German in a Mexican final three months ago.

Zverev defeated the Greek for the title at Acapulco in March.

The pair will face off for a place in the final at Roland Garros, with Tsitsipas racing through a first set, nailing down a second-set tiebreaker and finishing the job against second seed Daniil Medvedev 6-3, 7-6(3), 7-5 on Tuesday to earn his place.

Medvedev was unable to hold in the final game after leading 40-0. He tried an underhand serve while facing match point – a strategy which failed – to hand Tsitsipas victory in 2:21, only his second in the series with the Russian.

“The last game was very difficult in this close match,” Tsitsipas said. “I stayed mentally there and didn’t give up in the last game.

“I could have had my mind on a tiebreaker, but I’m glad I overcame him.”

The winner called his performance “one of my best here.”

“I was playing one of the best on the Tour, I had to keep the intensity up all the time.

“Paris brings back good memories, I’m happy to keep repeating them and trying to go further day by day.”

The challenger, who went four and a half hours in the previous round against Casper Ruud, had played a total of four more hours during the first week than the German sixth seed.

Zverev was pleased to reach his third Grand Slam semi-final with hopes of carrying his progress further.

“I’m in the semi-finals and I’ve played solid so far. I know that the matches are not going to get easier.

“I’ve got to play the same or raise my level even higher to have a chance.

But I’m comfortable. I’m happy. We’ll see how it is on Friday.

“The Grand Slams are the tournaments that we want to win the most. Maybe the last few years, I was putting too much pressure on myself.

“I was not very patient; now I’m maybe a little bit calmer at the tournaments.

But the end goal hasn’t changed.”

Fifth seed Tsitsipas reached his fourth Grand Slam semi-final at the expense of Medvedev who – like his opponent – had never lost a quarter-final at a major.

Each had lost just one set on the way into the quarters.

The lifeless night session was the last here without fans, as the Paris curfew will stretch two additional hours to 11 p.m. on Wednesday while COVID restrictions loosen enough to allow 5,000 tested members of the public in to watch the showdown.