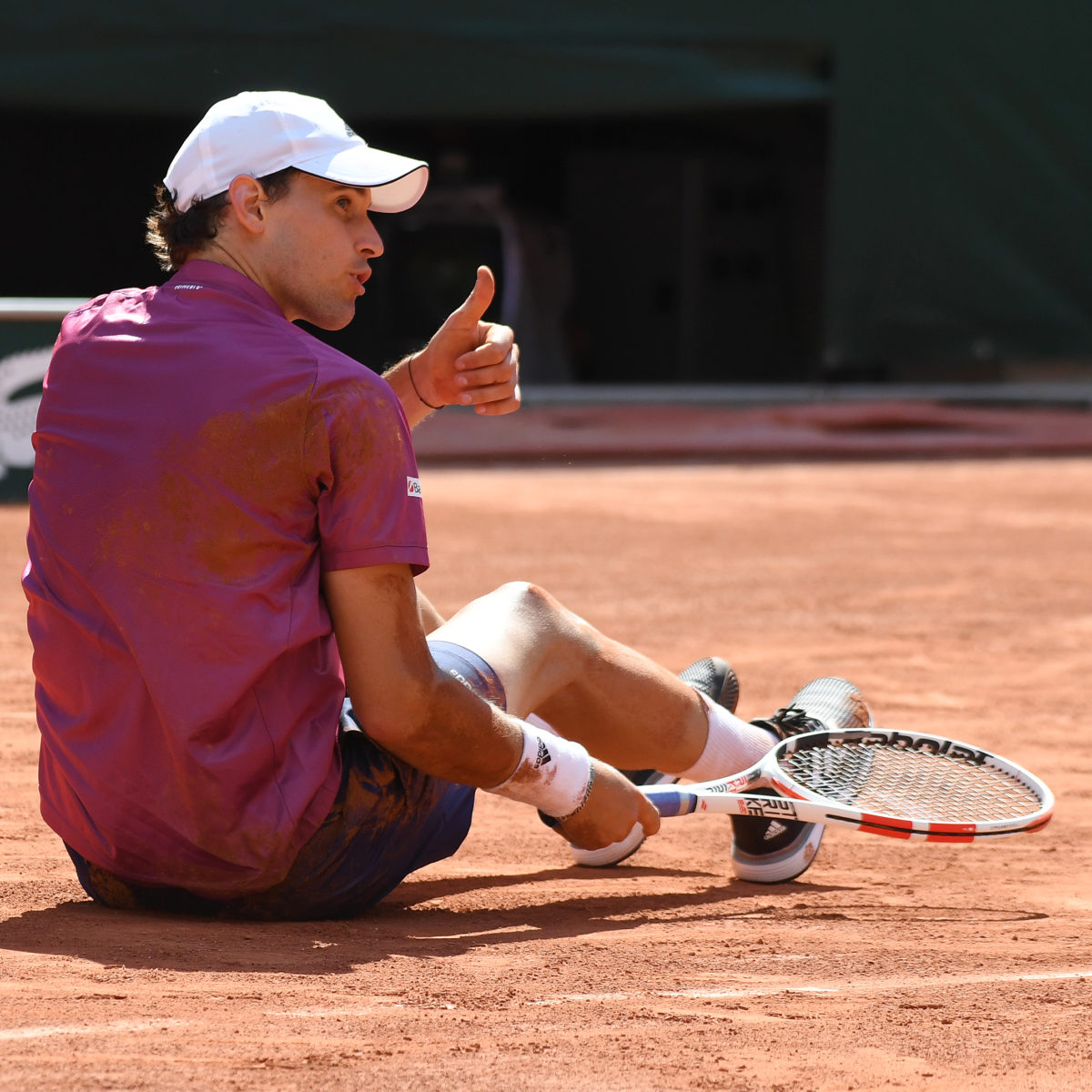 Dominic Thiem became the first major victim at the French Open on Sunday with the two-time finalist going down to veteran Spanish threat Pablo Andujar 4-6, 5-7, 6-3, 6-4, 6-4 in a first-round stunner.

Fourth seed Thiem, losing finalist to Rafael Nadal in two of the last three editions, was unable to maintain a two-set lead against a 35-year-old who defeated Roger Federer on clay in Geneva just over a week ago.

“Down two sets I believed in myself,” father of three Andujar said. “Beating Roger gave me confidence and I used that today.

“This was like a gift for me, even if I knew that Dominic has not been on his best form.

“Conditions were difficult with the wind, especially in the third set.”

The winner said his upset of Federer “gave me more confidence in myself. It made me still believe even if I was two sets to love down.

“I tried to keep focused. I knew I could win that third set, and everything was going to change.”

Thiem said he thought he had a chance to rescue victory in the final set after breaking back in the second game.

But an inspired Andujar broke again for 4-3 against the reigning US Open winner and reached the second round on his first match point, a return to the empty court.

“I was not struggling at all with my motivation, but the game was just not there today,” Thiem said.

“All the shots were missing, they were not accurate enough… there was some per cent of my game missing.

“Losing after being two sets to zero up, it’s very strange to me. I have to analyse it and think about what’s wrong at the moment.

“And then of course try to hit back as soon as possible.”

Sixth seed Alexander Zverev almost got caught in the Thiem scenario before rescuing his tournament with a 3-6, 3-6, 6-2, 6-2, 6-0 comeback over No. 152-ranked fellow German Oscar Otte, a 27-year-old journeyman qualifier whose only Grand Slam appearances have come in Paris.

The player who won a round here in 2019 put a scare into his opponent, winner of the Madrid title this month.

Zverev worked for nearly three hours on his fightback, which featured nine aces and 50 winners to keep his Paris record against qualifier unblemished.