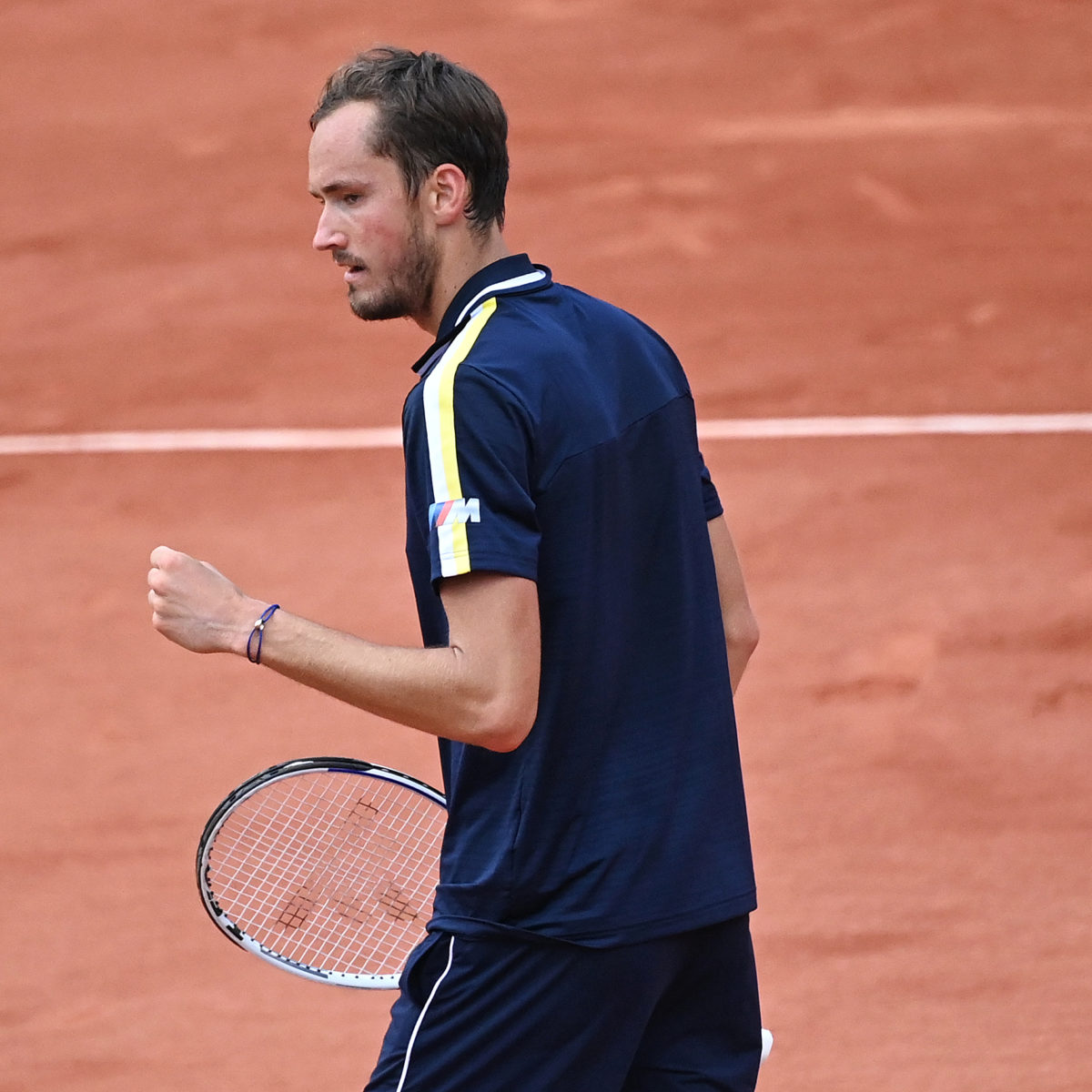 Daniil Medvedev ignored a lack of pre-event training due to six weeks of injury recovery as the world No. 2 booked into the French Open second round on Tuesday.

The second seed easily dispatched 103-ranked Facundo Bagnis 6-2, 6-2, 6-2 in an hour and three-quarters despite having only one tune-up match in Geneva last week.

“I’m really happy about my first round,” the admitted hard-courter who won the US Open last year said.

“On clay I have to focus even more on myself than on the opponent. I have to try and not do mistakes, put the ball in the court.

“Today I managed to do this well. I’m feeling good physically, mentally. I’m ready for the next round, which is not going to be easy.”

Medvedev lost in the first round in his first four Roland Garros appearances before breaking through a year ago for a quarter-final place.

“In my mind I have to play better here; last year I managed to do it. This year I like my level so far.”

Former No. 8 and Australian Open finalist Tsonga was close to tears as the end came and he was honoured with a retirement ceremony on court.

Brought to the court were fellow French players Gael Monfils, Gilles Simon, Benoit Paire and Richard Gasquet as well as all of Tsonga’s former coaches.

“It’s a great day for me,” the overwhelmed honoree said.

“I realized my dreams and I wish every child in the world to do the same.

“Goodbye Roland, goodbye Me. Tennis – I love you.”

Ruud, who broke back in the final game of the fourth set to set up a tiebreaker which he swept, paid tribute to one of France’s best-loved competitors.

“It’s a sad moment for all the players that you are stopping. You’ve been an inspiration to me and many young players around the world.

“Thanks for all the memories

“Jo was the perfect example of what a tennis players should be like, he always brought a good good show to the court, it’s been an honour to watch him.”

The win marked the second over a Top 20 opponent for the 19-year-old who won the junior title here in 2019.

Shapovalov was never in touch, committing 53 unforced errors in the two-hour match.

“I’m super happy and pleased to be in this position right now,” the winner said. “To have chances against these guys, to win my first title in Munich was a huge step forward in my career.

“I’m really positive and working hard every day to get better.”

Rune said that he might have wrapped up victory slightly easier against Shapovalov.

“Denis can play some unbelievable tennis. For me, it was just trying to focus on what I could do on the court, try to keep holding my serve, try to take every chance I had.

“I did that pretty good. Maybe I could have closed the third set easier than I did. I obviously had a lot of chances, but I’m just happy that I stayed focused and finished the match in three sets.”

Shapovalov was disappointed with his poor showing.

“Against most players today I wouldn’t have come out the winner… a little bit frustrating on my side.

“I feel I need to improve some things to be sure that I’m ready for the Slams.”

Gasquet, 35, and ranked 70th, has never excelled in paris, with a 2016 quarter-final his best result.

He broke Harris five times while saving the only break point he faced.

The Frenchman’s confidence is increasing after the solid performance.

“I know what my level of play is if I’m physically fit and circumstances unrelated to the game don’t affect me,” Gasquet said.

“Having played several matches has given me very positive feelings: it motivates me a lot to play here, the presence of people in the stands cheering is essential for me.”

Gasquet will aim for the third round against Sebastian Korda who beat Australian John Millman 6-1, 7-6, 7-6(6).

“I have nothing to lose, he is a potential top-10 player and I will try to do my best,” he said.