Rogers and out: Barty dumped from US Open 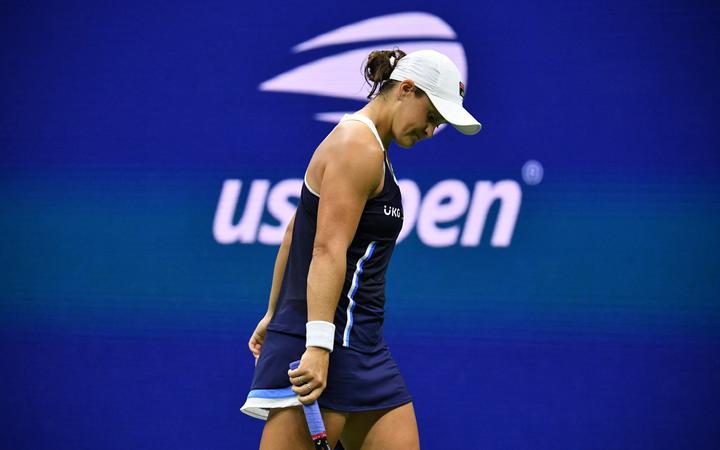 American Shelby Rogers staged a magnificent comeback tom knock out world No.1 Ash Barty 6-2 1-6 7-6(5) in the third round of the US Open overnight.

Rogers recovered from a 5-2 down in the third set to force a tiebreak, then going on to win in front of a clouds and cheering New York crowd.

“I just tried to fight for every point. That’s so cliche, I’m sorry. You guys were awesome. I didn’t want to leave,” Rogers said.

“I just said you know make balls, try to stay in this match, can’t get any worse, you lost to her every time. So, try something different.”

Barty committed 17 unforced errors during the first set before the Wimbledon champion found in the second set.

Barty appeared poised to win the match, up two breaks in the third, but couldn’t put her opponent away, as Rogers fought back to clinch the match.

“I was just trying to stay in the point longer than Ash,” Rogers admitted.

“She was handling my pace really well tonight. I felt like the harder I hit the ball, the better she hit,” said Rogers, the only American woman remaining in the tournament.

Rogers will face Britain’s teen phenom Emma Raducanu in the fourth round.