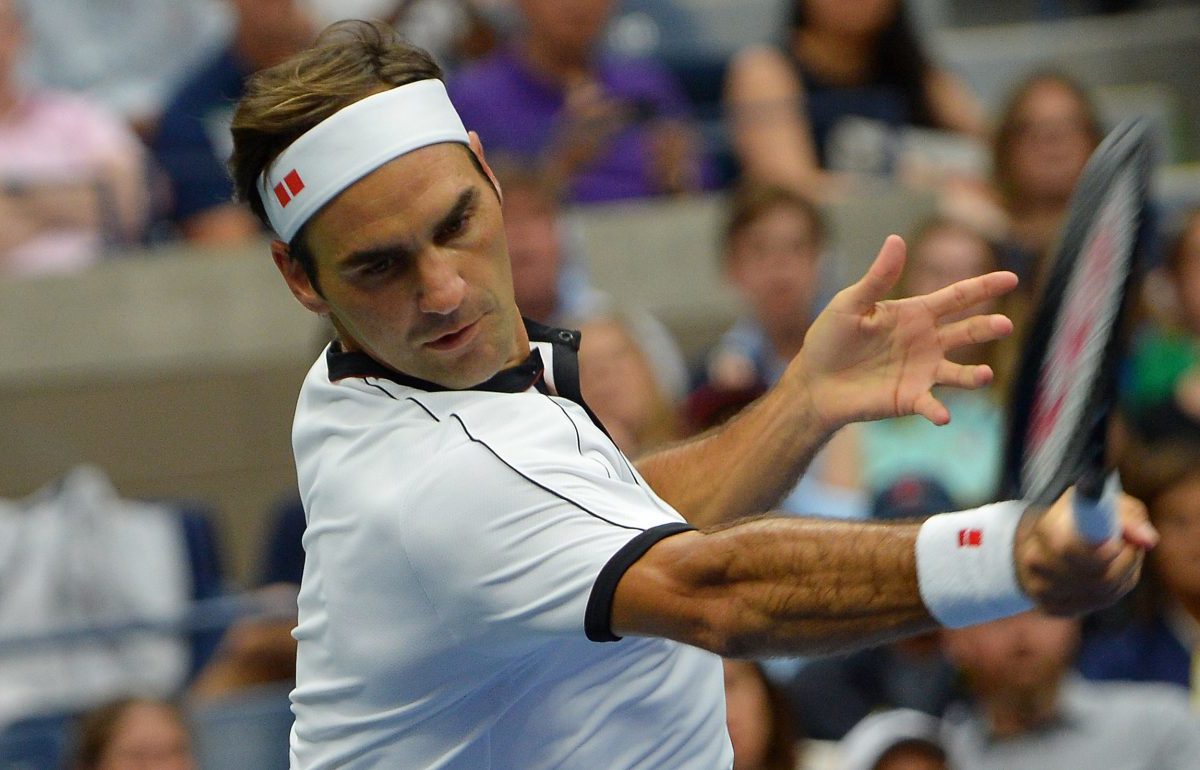 Roger Federer got off to his second slow start of the week on a rainy Wednesday at the US Open, but quickly regained his composure to advance in a 3-6, 6-2, 6-3, 6-4 comeback victory over Damir Dzumhur.

Top seed Novak Djokovic was bothered by a left shoulder problem which forced him to call the trainer after just seven games.
But the Serb survived an early surge from Argentine Juan Ignacio Londero to squeeze out a 6-4, 7-6(3), 6-1 survival win into the third round.
“It was affecting my serve and backhand, but I don’t want to talk of it,” the defending champion said.

“I congratulate him for a fighting spirit and playing some great tennis.”

“It was straight sets, but a very difficult match.He was up 3-0 in the second and I had some luck and found a way back to win it – that was crucial.
Djokovic said the injury was not new. “It’s not easy to play with pain but you havew to find a way to fight.
“I got lucky with some shots and took the opportunities when they presented themselves. I’m just grateful to be on the court.”
Federer and Djokovic both were given the valuable perk of playing under the roof on a day when the entire day session was cancelled due to the weather. The matches will have to be made up on a crowded Thursday.
Federer, a 20-time Grand Slam winner who lifted the last of his five consecutive titles here in 2009, has reached the third round despite losing opening sets in both of his matches for the first time at a major.
“When it (losing the first set) happens in back-to-back matches, it’s just a bit frustrating more than anything, especially when the level is that low and there is that many errors and the energy is not kind of there,” the Swiss said.

“But I can only do better, which is a great thing moving forward”

“I don’t think there is a secret to a good start other than warming up well, being well-prepared mentally.”
Despite again starting off on the back foot, the second seed quickly repaired the damage as he unleashed his game on the 99th-ranked Bosnian challenger.
Once into his game after filing away a first set riddled with 17 unforced errors, Federer showed no mercy ash he gained pace from that turning point onward.
The 38-year-old levelled at a set each on a double-fault form his rattled opponent, swept up the third and secured an early break in the fourth to isure progress into the third round.
He last played Dzumhur in 2015, with Federer winning both of those encounters –  at Roland Garros and a few weeks later at Wimbledon – in straight sets.
Federer improved his record at Flushing Meadows to 87-13. H won with 16 aces among 58 winners and broke on five of nine chances in just under two and a half hours.
Seventh seed Kei  Nishikori was another of the lucky ones on a wet day to be scheduled on a roofed court.
The Japanese, a finalist here in 2014, took full advantage as he defeated  American Bradley Klahn 6-2, 4-6, 6-3, 7-5.
Nishikori profitted as his 29-year-old journeyman opponent was weighed down by 62 unforced errors in a win which came 48 hours after Asia’s top player advanced in the first round when his opponent retired injured.
“There is always a positive side in a long match,” NIshikori said. “Of course it’s better to win straight sets in, you know, one or two hours. Today I learned couple things.
“Sometimes it’s good to have many hours on the court, especially first couple of rounds.”
Share:
Facebook0Tweet0LinkedIn0Pin0