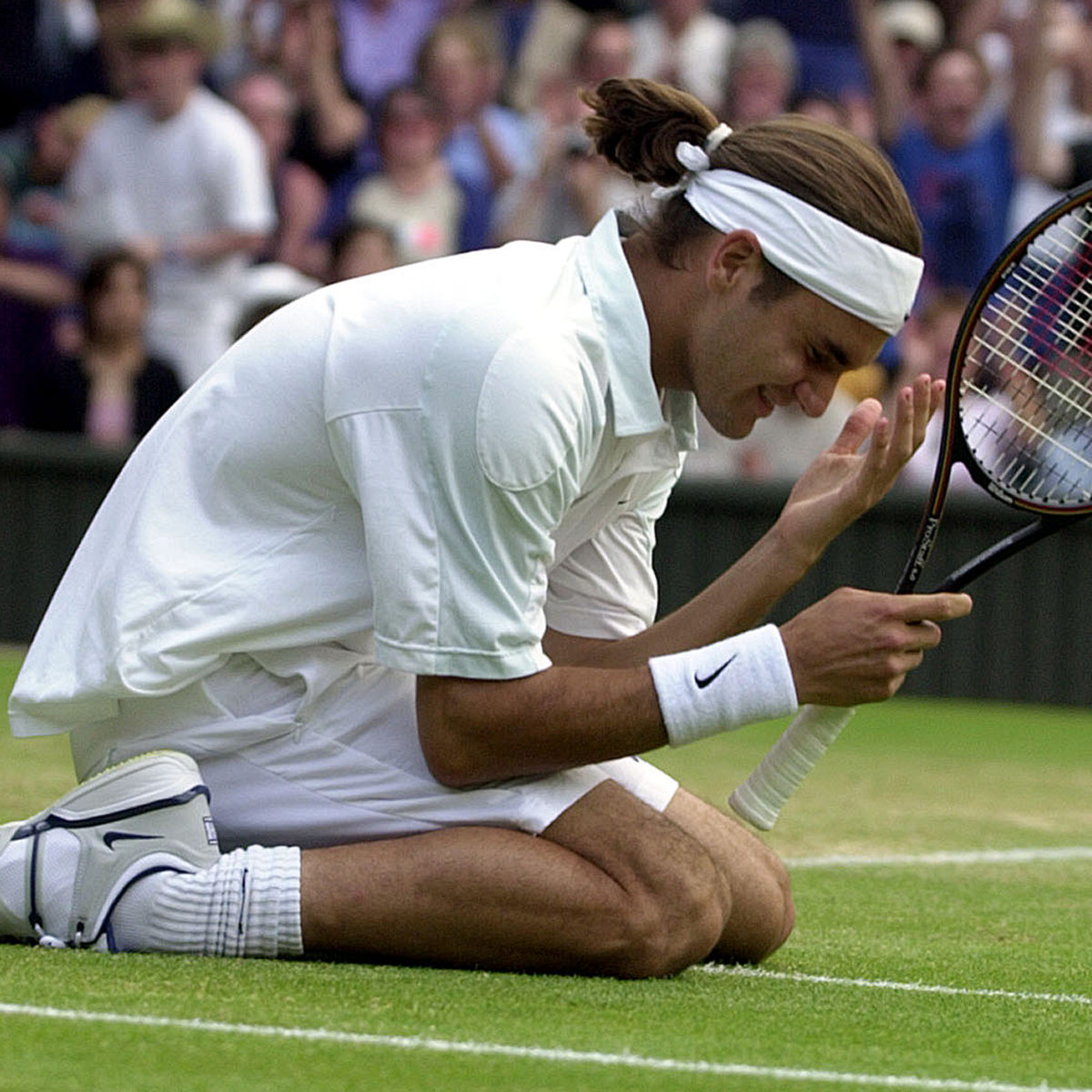 As 39 year old Roger Federer made a winning comeback to the ATP tour in Doha today following two knee surgeries and missing all of the COVID interrupted 2020 season, Grand Slam Tennis looks back 20 years to when a pony-tailed, beachboy beaded necklace wearing Swiss teenager took on seven time Wimbledon champion Pete Sampras in the fourth round at tennis HQ

Federer had become World No.1 junior in 1998 having won Junior Wimbledon and the prestigious Orange Bowl Under 18’s championships in Miami.

Pete Sampras was on a 31 match winning streak.

This was the “NextGen” match up of the era. Many wise observers saw this as a sign of things to come, and they were right.

Just by coincidence, another long serving member of the Tennis family, Veteran umpire Mohamad Lahyani was in the chair for both matches.