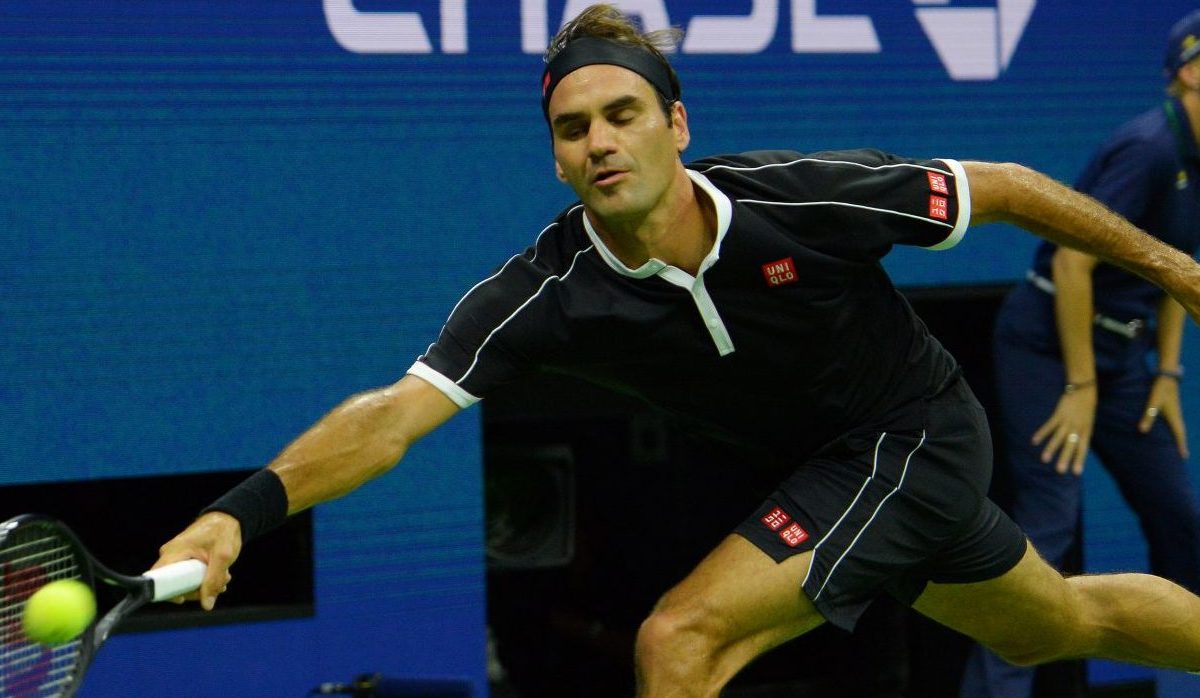 Roger Federer struggled with a back problem as his US Open title dream evaporated, with the 20-time Grand Slam winner knocked out in the quarter-finals 3-6, 6-4, 3-6, 6-4, 6-2  by Grigor Dimitrov on Tuesday.

The ex-prodigy from Bulgaria – once saddled with the label of “Baby Fed” – scored the biggest win of his career after losing all seven of his previous matches to the Swiss icon.

“I’m just low, just disappointed it’s over because I did feel like I was actually playing really well after a couple of rocky starts,” Federer said.

“It’s just a missed opportunity to some extent that you’re in the lead, you can get through, you have two days off after. It was looking good.

“But (you’ve) got to take the losses. They’re part of the game.”

“I’m looking forward to family time and all that stuff, so … life’s all right.”

Federer, 38, requested what for him was an unusual injury time out prior to the start of the fifth sets as he was taken off court by a physio for treatment on his back which lasted for 10 minute before play was resumed.

The  reliable Swiss who only rarely calls the trainer, last left the court in a 2017 Australian Open semi-final against Stan Wawrinka.

“I just needed some treatment on my upper back, neck,” Federer said. “Just needed to try to loosen it up, crack it and see if it was going to be better.

“But this is Grigor’s moment and not my body’s moment, so … It’s okay.

“I had a little bit (of treatment) this afternoon. That’s it. I was able to play. It’s okay. It’s how it goes.”

After saving seven break points in a dramatic passage of play in the seventh game of the fourth set, 20-time Grand Slam winner Federer was still unable to close the gap after having lost an early break.

Federer, a five-time champion here 2004-2008, was beaten by an opponent who who ranks a distant 78th after a lengthy slump.

The third seed missed out on his 90th New York victory and now has 14 defeats here.

“”I tried my best. By far not too bad to give up or anything. Grigor was able to put me away. I fought with what I had. That’s it.”

The chorus of boos which had greeted Medvedev in his last two matches died down as he move into his first major semi-final, with the one-time cartoon villain of this edition ending the hopes of 2016 champion Wawrinka 7-6(6), 6-3, 3-6, 6-1.

The Russian first drew the ire of locals on the Ashe court last week as he subtly gave the finger after a contentious exchange on court, but quickly saw his gesture broadcast on the stadium big screen.

For that match and his next, opponents automatically assumed favoured status, with the Cincinnati champion winning through anyway.

Medvedev kept a good nature throughout the jeering incidents, responding with reverse psychology by thanking the fans for their “support.”

It all went away as he beat Wawrinka in just over two and half a hours with both men dealing in one way or another with physical issues.

“I wasn’t at my best today. I wasn’t moving great,” Wawrinka said.

“I didn’t mix enough my game – at the end it was struggle.”

Medvedev took a protective wrap and a painkiller on his right thigh in the first set while Wawrinka, who did not finish his media duties on Sunday after complaining of feeling ill, did not perform at top level.

Medvedev said he had a “strange” feeling in victory but added: “I’m happy to be in my first major semi-final.”

“I had big pain in my quad and thought I might not be able to continue,” he said. “I could see it was bothering Stan, you never know how to go against an injured player.

“By the fourth set I could feel the painkiller working and I could move normally.”

Wawrinka would not speak about the apparent illness which struck him 48 hours earlier after his fourth-round knockout of top seed Novak Djokovic.

“I never really found the right rhythm. between staying back and being offensive. I didn’t serve so well.

“He was playing well. He was there when he need it, and he was the better player today.”