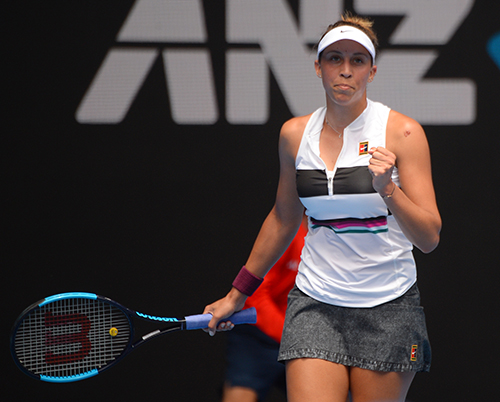 Madison Keys will climb back into the ranking Top 60 after winning her first trophy in two years on Saturday in Adelaide two days before the start of the Australian Open.

The US Open finalist from five years ago crushed American compatriot Alison Riske, 6-1, 6-2 to claim her sixth career singles title in just 66 minutes; she stands 42-20 in matches with countrywomen.

Keys is due to rise from her current 87th in the table as a result of her success on the eve of the first Grand Slam of the season.

Her victims this week included second seed Elina Svitolina and No. 3 Coco Gauff; Keys has now defeated Riske in six of seven matches..

“I’m really happy with how today went. I think I started really well and just had the momentum,” Keys said.

“There were a couple of opportunities where momentum could have switched, and I think I did a really good job of just regrouping and continuing to focus on my side of the court.

“I’m really happy to get a win. Things can switch at any moment.

“As long as you can continue to have the right mindset and keep going for things and keep working hard, things will get better.”

The winner never faced a break point in the match and dropped just 14 points on serve as she plays in Australia after missing the 2021 summer season here with COVID.