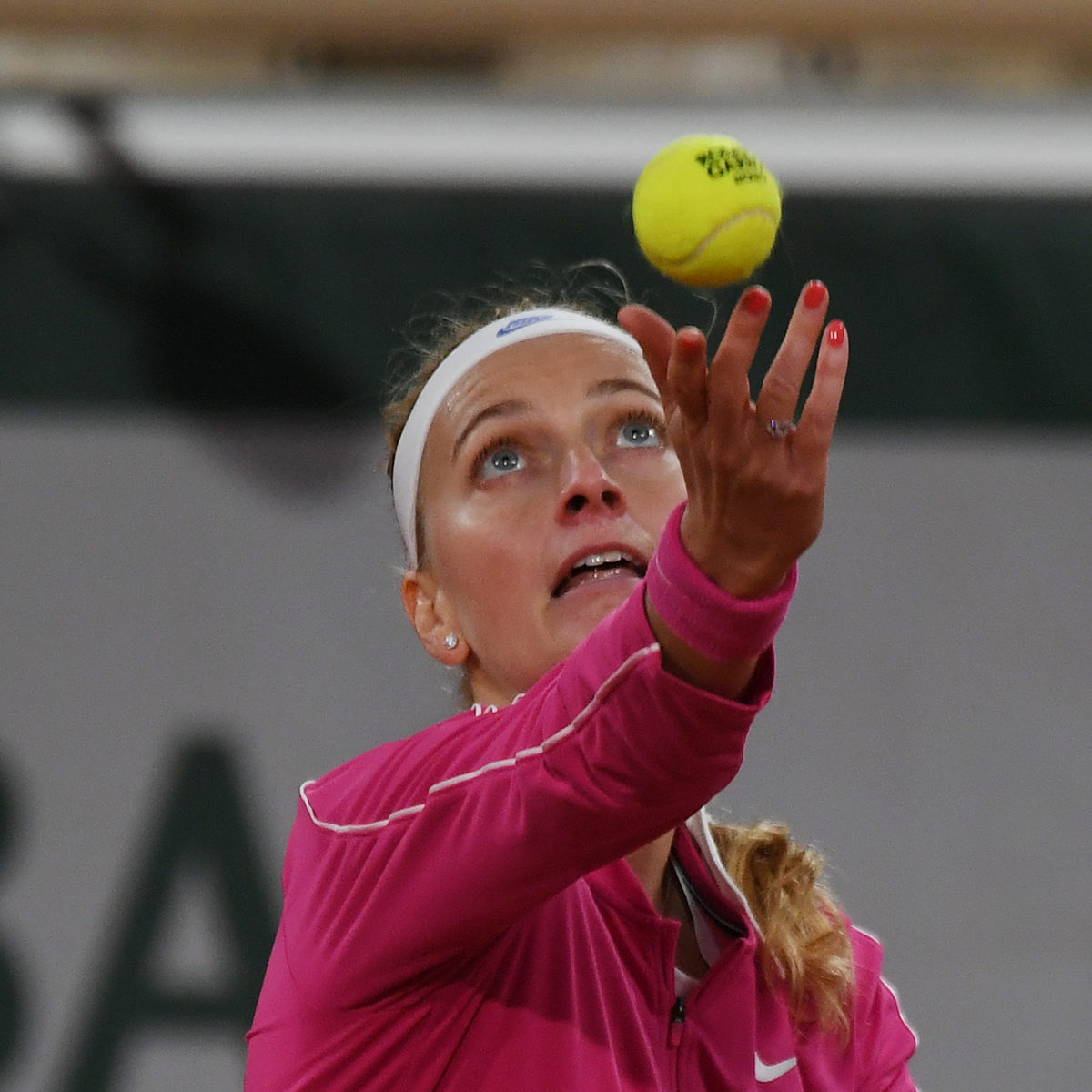 The Czech seventh seed admitted that the thought of returning to the last eight at Roland Garros brought a small tear to the eye as she served out the win.

“I got a bit emotional during the last two points of my match,” the 30-year-old said.  “I really started to think about the match; in tennis we really never know when it will end.”

The much beloved competitor whose career was almost ended by a 2016 home invasion which left her with knife wounds on her hands, said she gets nothing  but pleasure from playing in Paris.

“Memories from when I made my comeback here 2017,.. when I stepped onto the Philippe Chatrier (showcourt) I couldn’t really imagine being in the quarter-finals.

“I had my whole family, people who I love to help me through the tough, tough time. Just everything came back to my mind.”

Kvitova can also celebrate a return to the ranking Top 10 after her quarter-final win.

She will play Laura Siegemund, whose appetite for victory produced a 6-2, 7-5 decision over Spain’s Paula Badosa.

The hungry German took advantage of her opponent’s medical timeout to actually have a small meal since she said later she was feeling peckish.

“You have to listen to the body, it kind of tells you what you need. She was taking a medical at that point so I could.

“It probably looks weird having a fork and eating like that, but better than low (blood) sugar…”

“It  was a tough, tough day today, it was really cold and windy. “I wasn’t feeling my best today, but managed,” the 32-year-old said. “I’m happy that I got through anyway.”.