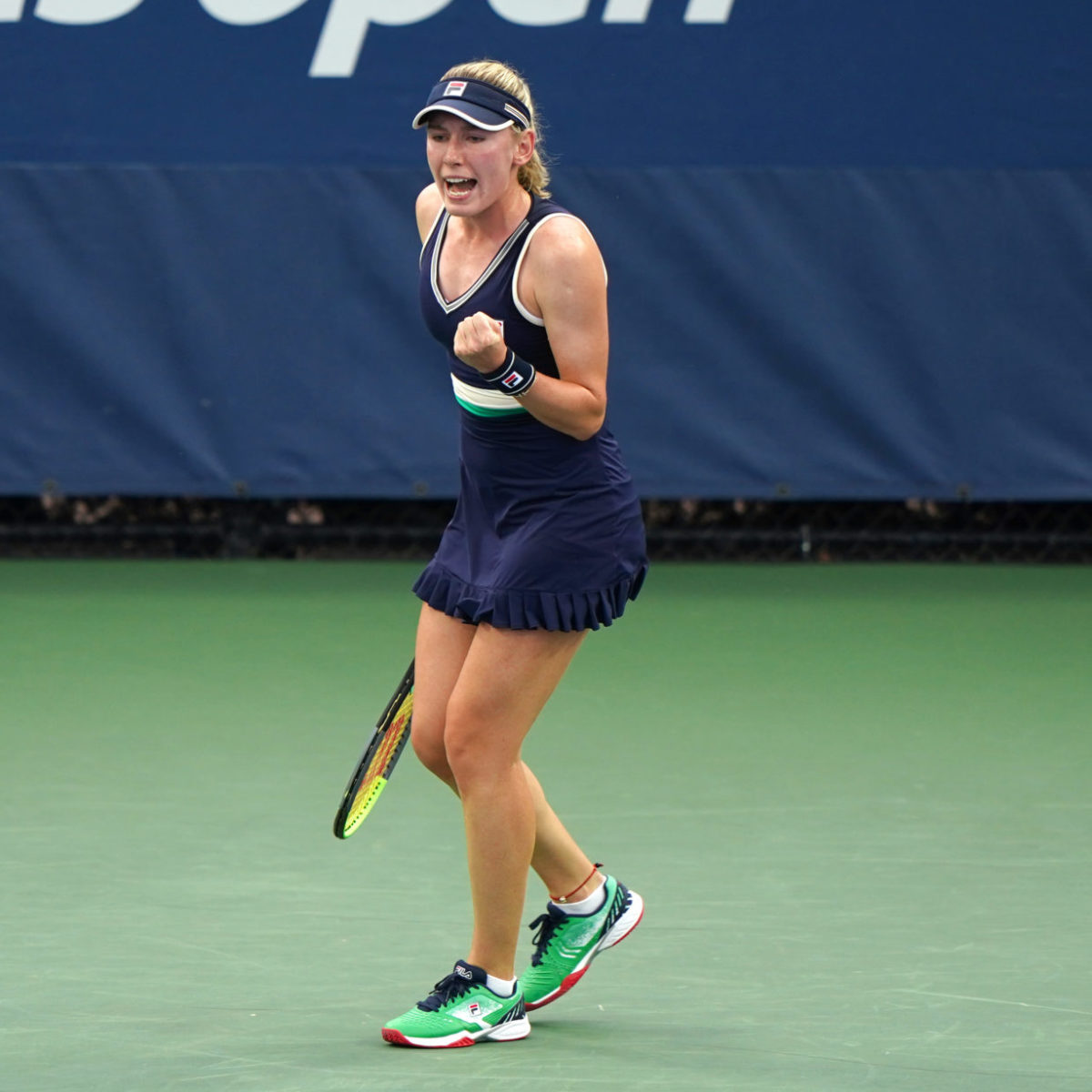 Roland Garros semi-finalist Nadia Podoroska was bundled out in the quarter-finals of the Upper Austrian Ladies on Friday a 6-2, 6-1 victim of Ekaterina Alexandrova.

The Russian winner showed no mercy for her Argentine opponent who began in Paris last month in qualifying rounds and rode a winning wave into the Grand Slam final four.

Podoroska was far from her best in Linz, going down in 59 minutes while losing serve four times against the 2018 finalist here.

Fourth seed Alexandrova will aim for the final when she faces tournament No. 2 Elise Mertens, who defeated Veronika Kudermetova of Russia 6-4, 6-1.

In a battle of unseeded constenders, former doubles No. 1 Barbora Krejcikova earned a 6-3, 6-1 defeat of Aliaksandra Sasnovich to reach her second semi-final following 2017 in Nurnberg.

“I’m really happy,” the Czech winner said. “This means a lot to me that I’m even able to be here and able to play.

“It’s obviously very difficult with everything happening in the world right now. I’m just really fortunate to be able to compete, have fun, and enjoy tennis.”

Krejcikova swept eight of the last nine games to go through as she broke on five of nine chances.

“My ranking is improving, which is excellent for me. I’ve always been dreaming of being in the Top 100,” the WTA No. 74 said.

“It was a very tough season, but when I was at home, I tried to put a lot of work into my tennis: physically and mentally. I’m very glad all that is paying off right now.”