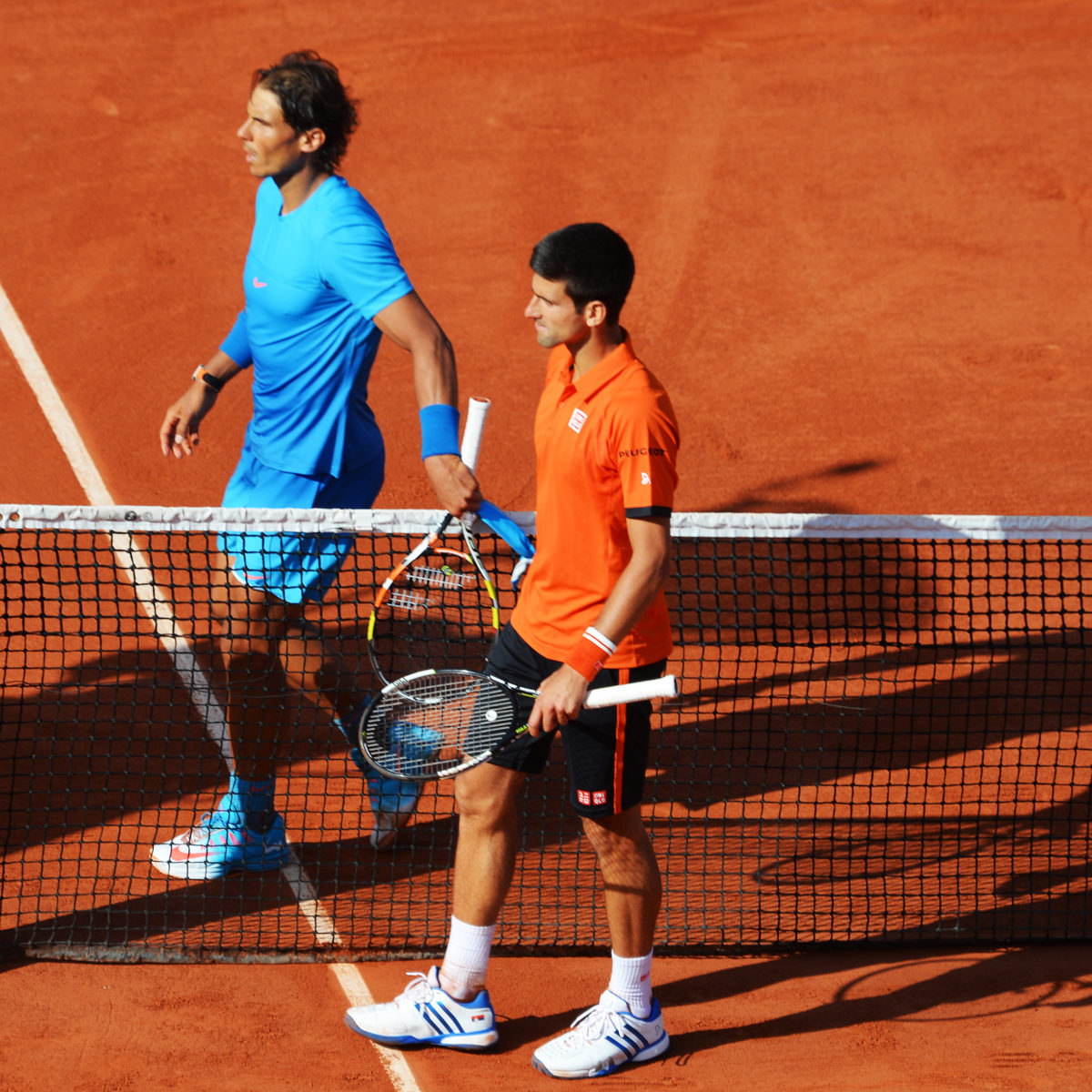 Rafael Nadal and Novak Djokovic on Friday assumed their pre-ordained positions in the final of the French Open, with the Spaniard winning easily and the Serb made to struggle.

Nadal earned revenge for a loss he took three weeks ago in Rome as he defeated Diego Schwartzman 6-3, 6-3, 7-6(0) in their semi-final to stand one victory away from a record 13th title at Roland Garros.

An hour and a half earlier, Djokovic was looking at a straight-sets victory – a scenario which went awry as Tsitsipas saved a match point late in the third set to extend the evening’s activities at the Chatrier showcourt.

The 22-year-old found new life as he rescued the third set and won the fourth before folding in the fifth as he lost serve three times.

But before going down on a third match point, Tsitsipas saved a second before dropping serve for the eighth time in the match to lose.

Djokovic said he stayed strong after failing to close out the third set.

“I was telling myself to stay calm, but it was anything but that inside my head. he was playing well but I still had control of the match. I stayed solid.

“I’m content with how I played, I had a good reaction.”

Djokovic, who holds a 29-26 edge over Nadal as the pair face off for the 56th time in their career series, knows what he will be up against on Sunday as Nadal aims for another record.

“He’s got to be the favourite, this is his house with all the titles he has won here.

“I’m hoping to recover after this match and play my best tennis in the final. I’m very motivated to win it.

“The biggest challenge in tennis is to play Nadal on clay here.”

Djokovic will be playing in his 27th Grand Slam final as he bids to increase his singles titles at the majors to 18.

Roger Federer leads with the all-time best of 20, with Nadal poised on 19.

Djokovic has won 36 matches this virus-affected season, his only blemish a DQ at the US Open for accidently striking a lineswoman with a ball swiped in anger.

For Nadal, it was business as usual on his favoured clay as he beat Schwartzman,

The Spaniard said that escaping in straight sets against his Argentine opponent was a challenge.

“I had a couple of volley mistakes on some big points and Diego played good shots,

“After losing to him in Rome, we knew we had to make some changes in strategy. We tried to make that happen and it worked – I’m very happy for that.

“I’m pleased with how I played today, I’m improving – it was a very positive match for me.

The match started slowly, with a 13-minute opening game and dragged on at a snail’s pace.

“When I play against Rafa, it’s always, like, 25 minutes and it’s 1-all. I expected that before the match, it was not a surprise,” Schwartzman said.

“You get the idea: ‘we are going to play many hours today.”

“He served better. played better. But at the beginning, it’s always tough against Rafa.”

Schwartzman really only threatened in the third set, when he twice came from a break down,

But once he took the set into a tiebreaker, Nadal was able to close it out in a sprint sprint finish to love.

“He played better than Rome, he improved a few things,” the Argentine said.

“I had some mistakes with my backhand, I was not really aggressive with it.

He improved and I just played a little bit worse. that’;s why he’s in the final right now.”