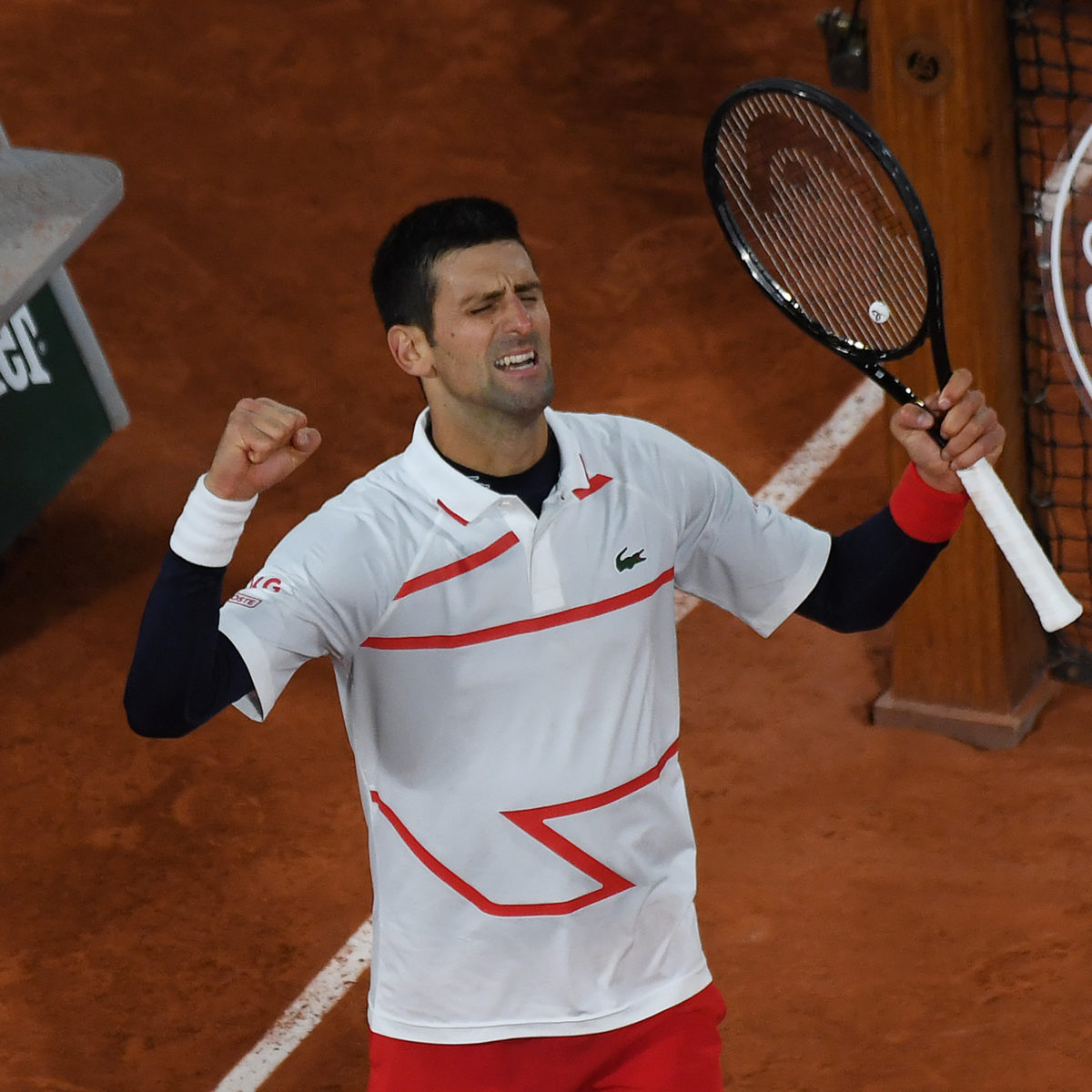 A patched-up and occasionally frustrated Novak Djokovic, bandaged on his neck, stretching out his back and repeatedly striking his left arm to loosen the muscles, manage to scrape into his 10th semi-final at the French Open on Wednesday.

The Greek defeated Russian Andrey Rublev 7-5, 6-2, 6-3 in a much less complicated effort.

Djokovic lost the opening set to his Spanish opponent, who was on the other side of the net in the US Open fourth round when the Serb was DQ’d for accidentally hitting a lineswoman in the neck with a ball swiped in anger.

The Serb came into his Paris match carrying some kind of injury, which annoyed him during the bad-tempered first set.

But he appeared to settle in as he secured the win after more than three hours on court.

“”The points were long, he was not giving anything away for free,” Djokovic said.

“I had to fight for everything.. I started out not feeling so well in my legs but I found my rhythm. There were a lot of tight game with critical points.

“Playing them well made the difference in the end.”

The world No.1 has now reached his 38th semi-final at a major. “I’ve been fortunate to have played well at them during my career, they are my biggest priority.” he said.

Tsitsipas, at age 22, pronounced himself as no longer a member of the NextGen, which the ATP has used for several years to promote the group of younger players behind Roger Federer, Rafael Nadal and Djokovic.

But the Greek announced: “I’m not a NextGen player any more – I’m a proper adult.

“The Big Three have been there for a long time, but I don’t feel like it’s going to be the same in five, six years’ time.

“I’m happy to be playing well enough, also be part of something so special.  NextGen is not NextGen any more.

Against Rublev, who defeated him just over two weeks ago for the Hamburg title, Tsitsipas trailed 3-5 in the first set but flipped the switch to completely change the texture of the match,

The fifth seed won five game on the trot and completely dominated for the rest of the contest to advance to his second semi-final at a Grand Slam after Melbourne, 2019.

“It’s a dream of course,” he said of his Paris achievement. I’m happy to be in the position where I am today.

He added: “When I was a break down (first set), I remembered what a fighter I am. I put my brain to work to find solutions to this difficult problem.”

Tsitsipas was unable to exactly pinpoint how he turned the match on its head.

“I started to feel my game a bit better. feeling my movement on the court better. I became more comfortable moving around the court hitting at the same time.

Tsitsipas stands 2-3 against Djokovic, losing to the Serb in February’s Dubai final, last major event prior to the tennis COVID-19 shutdown which only ended in August.