Resilience the key to womens’ success 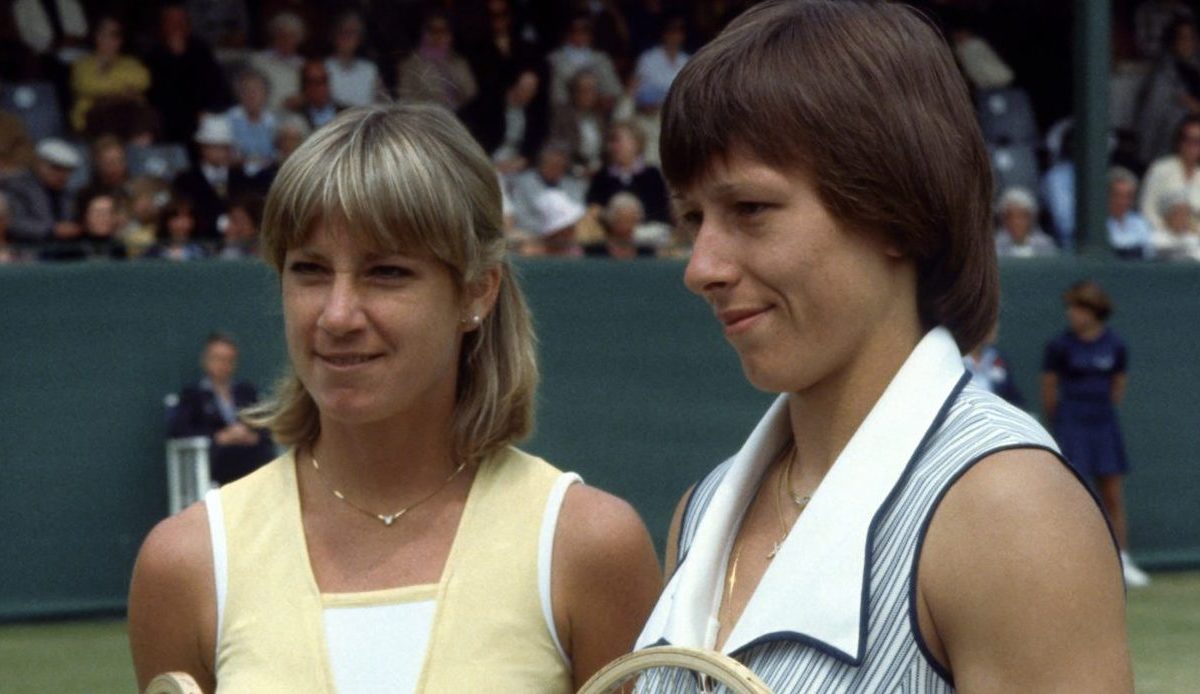 Whilst musing on a recent trip to The Australian Open Tennis championship, I was thinking about Women’s Tennis particularly Ladies Singles Champions and what today’s stars have in common with yesterday’s winners.

Naomi Osaka’s win in Australia seemed to me to demonstrate what most champions need in winning championships is resilience especially when things do not go right in one way or another.

Osaka’s shameful treatment during the ladies final in New York at such a young age by a competitor who should have known better and her subsequent second Grand Slam win in Australia set me thinking.

Who in the Ladies game has shown similar resilience after adversity or any other prolonged break from tennis?

Monica Seles was a winner from age 16 when she became the youngest ever French Open Champion in 1990. She then proceeded to win another seven grand slam titles before her 20th birthday and was No.1 in the world in 1991 and 1992.

Then on 30 April 1993 she was attacked and stabbed on court by a crazed Steffi Graf fan, 38-year-old Gunter Parche  who leaned over a fence and stabbed her between the shoulder blades with a knife.

This tragedy kept her out of tennis for two years. The physical attack was bad enough but at her age the mental anguish that went with it was a double whammy.  She did return to the circuit but understandably never to quite hit the heights that she had attained before the assault.

I used to see her occasionally as she trained, when making her comeback, at the country club where my husband and I had a holiday home, in Sarasota, Florida, a few miles away from the famous Nick Bolletieri IMG Tennis academy.

In a similar vein more recently,  in 2016 Petra Kvitova  was attacked with a knife in her home after a break-in and suffered severe damage to her left hand, her playing hand.

She thought her career was over but battled through to return to the circuit and in Australia this year got to the ladies singles final.

Venus Williams after years at no 1, in 2011 withdrew from the US Open citing a diagnosis of Sjogren’s syndrome, then a little know auto-immune disorder that causes fatigue, joint pain and other maladies.

Although she continued playing she did not reach a Grand Slam quarter final in 2012, 2013 or 2014. But in 2017 she roared back at the age of 37 reaching Grand Slam Finals in Australia and Wimbledon. In fact Williams extended her record as the all-time leader, male or female, in Grand Slams played, a total of  80. 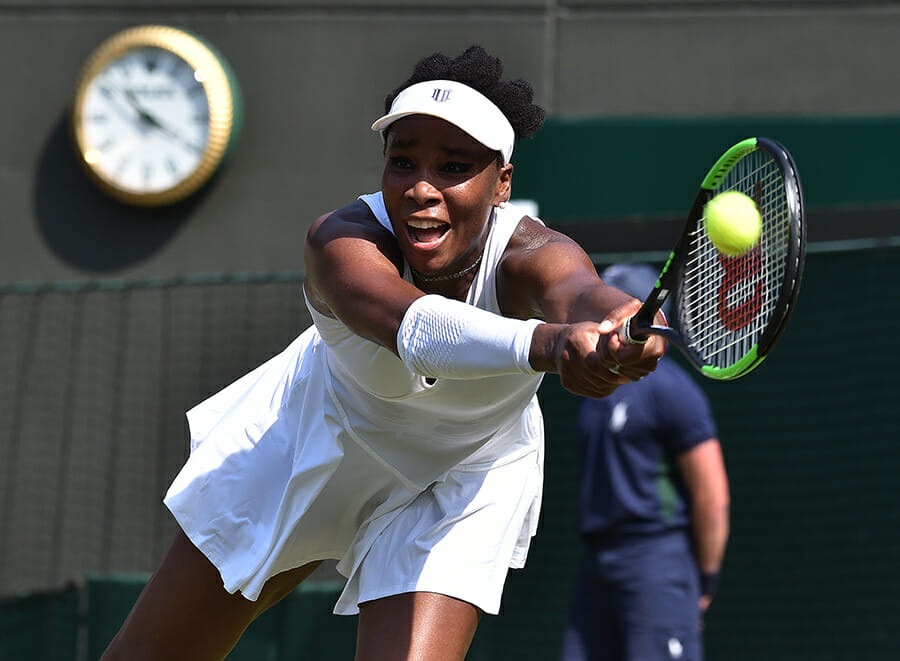 In order to relieve her symptoms she now adheres to a raw vegan diet eliminating all animal products and anything cooked at a high temperature.  Venus credits the diet for the return of her strength and endurance but was probably helped by her mindset, instilled in her and her sister by her father and coach Richard from childhood.

Although bearing children can hardly be called an adversity, as most parents know, having children calls for different and frequently new ways of life.

Children bring their own needs and often a change of heart occurs in the mother when relating to playing tennis.  The following ladies seemed to have taken such big changes in their strides.

Players such as Margaret Court, Evonne Goolagong Crawley and lately Victoria Azarenka  and Serena Williams  returned to their previous heights  almost without taking breath. In Margaret Court’s case she gave birth to three of her four children during her career.

Resilience is surely the correct word for these ladies.

Billie Jean King seemed to take on the world regarding Gender equality and in 1973 the much publicised US$10,000 grudge match which became known as “The Battle of the Sexes”  against Bobby Riggs, a tennis champion himself in the 1930’s and 1940’s who admittedly was twice her age at 56.

Billie Jean could have probably won more than her 12 Grand Slams  including 6 Wimbledon titles  if she had not been sidetracked by to her the more important issues within the Tennis World.

Ladies Tennis has an awful lot to be grateful for to her.

Martina Navratilova won 18 grand slams and was virtually unbeatable from 1982 – 86. Now in her 50s and a breast cancer survivor she could probably hold her own on the tour today.

I could have gone on and I am sure I may well have missed one of your favourites. If so let us know.  Resilience is a word that could well apply to maybe the majority of Women in the world often living in far worse circumstances than the ladies I have mentioned but these are the ladies operating in the tennis world who have for the most part returned to the game as if they had never been away.

Top 10 Women Players of all Time

Former World No.1, five of her seven Slams have come at Wimbledon and the other two at the US Open. If not for her sister,Serena, it is argued that Venus would have had many more Grand Slams. 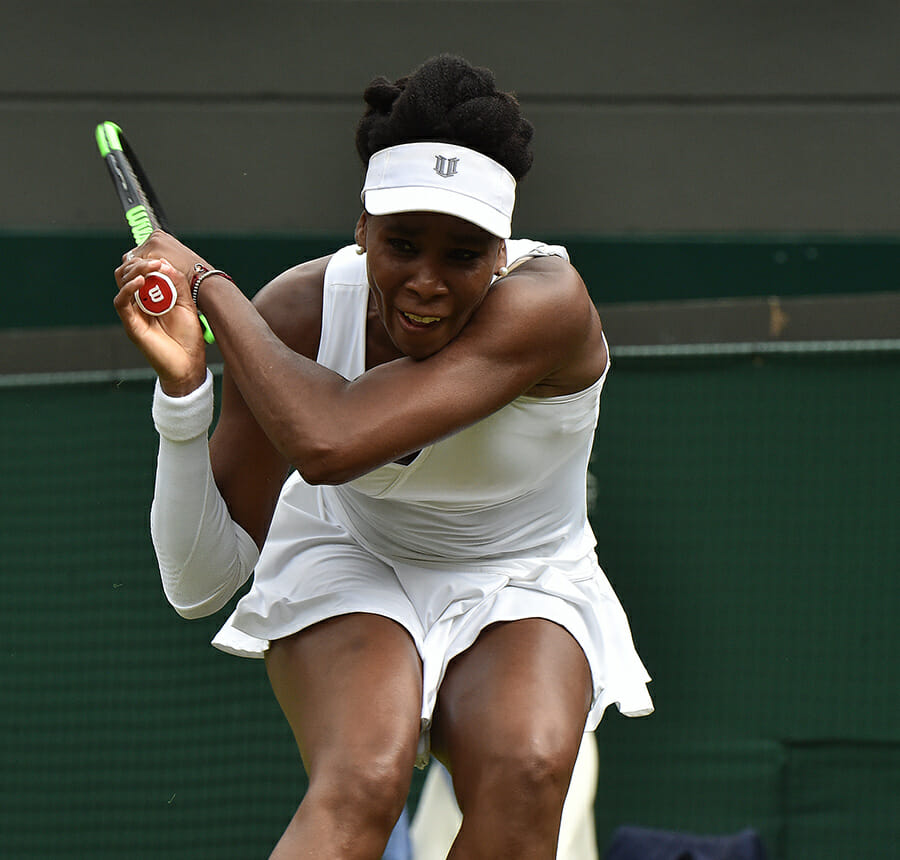 On record, the best Australian female tennis player of all time. She has more Grand Slam singles titles than anyone, securing twenty-four majors from 1960 to 1973, also has the highest ever career match winning percentage at 91.74%.

Maria Sharapova
Maria has 5 Grand Slams and 36 WTA titles. Prize money $38,342,119
Sharapova accomplishments have been surpassed by only a few. Five Grand Slam titles and a win-loss record of 592–142 since she turned pro in 2001 at the age of 14, the Russian spent a total of 21 weeks as World No1.

Chris Evert was the undisputed female star of the 1970s. In the latter half of the 70s she dominated the women’s game. In 56 career Grand Slam appearances, she missed the semifinal cut only four times. She won a record seven French Open championships and became known as the Queen of Clay.

Her pioneering efforts in gender equality are often more thought of than her tennis. But she was a 12-time Grand Slam winner. She won six Wimbledon singles championships and twelve majors altogether.

Regarded as the fittest player on the tour during her career, she was virtually unbeatable for 5 amazing years. From 1982-86, she lost only 14 matches. She won a record nine Wimbledon singles championships.

Margaret Court won more majors but Steffi Graf is the only player (male or female) to win every Grand Slam event at least four times in singles. She also broke a few records: the record for the highest number of weeks with a No.1 ranking- 377 weeks. Graf was a true all-rounder of all time, regardless of surface.

Williams holds the most Major singles, doubles, and mixed doubles titles combined amongst active players, male or female. And just one behind Court.
The younger sister to Venus, Serena at her peak may have been the greatest who ever stepped onto the court. Still playing and still hoping to get that elusive 24th Grand Slam. 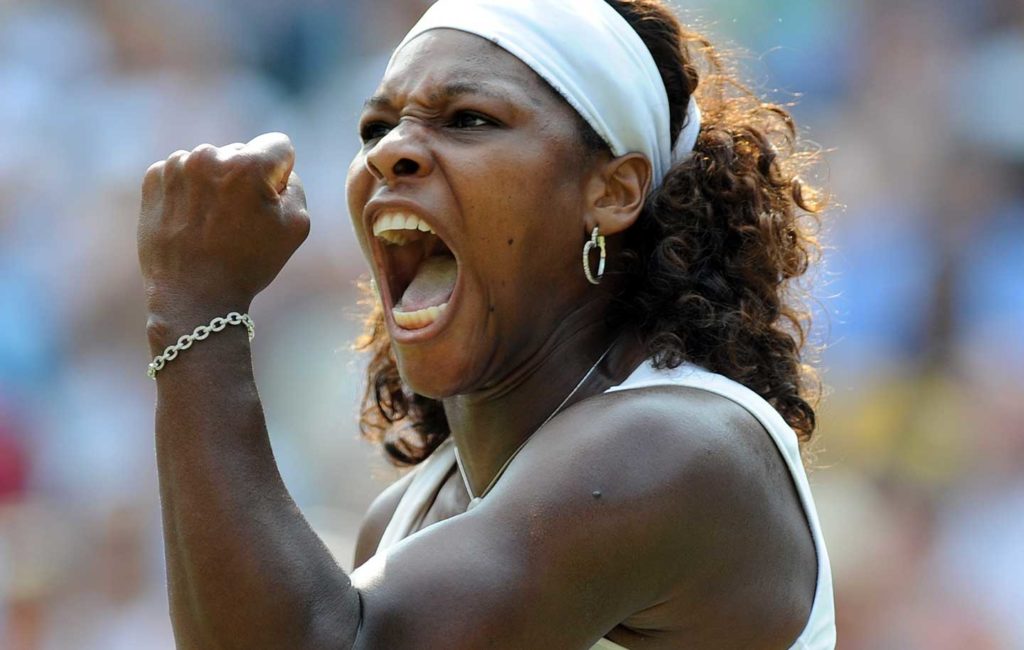