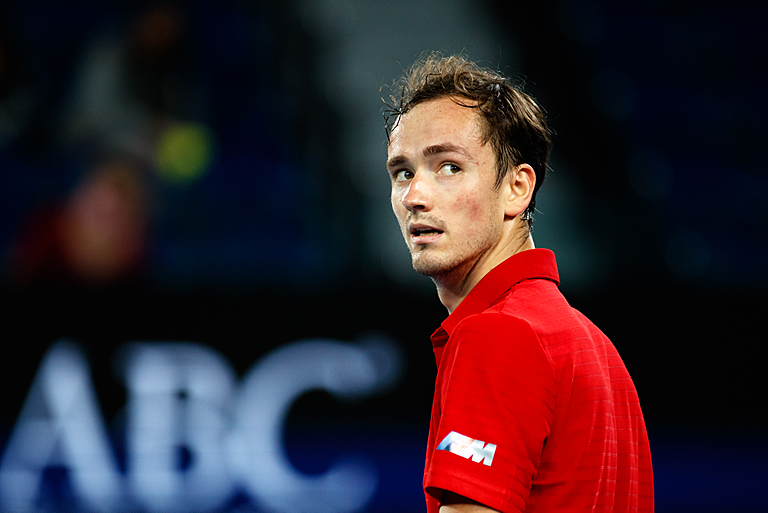 Russian will meet Italy in the final of the ATP Cup after both countries beat opponents Germany and Spain in Melbourne today.

Daniil Medvedev battled back from a set down to topple Alexander Zverev after Andrey Rublev had also come from a set behind to beat Jan-Lennard Struff 3-6, 6-1, 6-2.

“It was a crazy match. I was happy to win even though there were a lot of things I didn’t like in the match,” Medvedev said.

“But most important was getting the win for our country. There were big downs and big ups, just normal tennis.”

Zverev became another injury worry as he needed a medical timeout for a lower back strain towards the end of the second set.

Rublev admitted he had to battle to come back from the first set loss.

“In the second set I say: if I’m gonna play like this I’m gonna lose 6-3 6-3 and that’s it. So I need to change, go for the shots, start to hit as well, and then I start to play also a reasonable level,” Rublev said.

“(Last year) I did a lot of improvements, one of the main ones is my serve. I start to serve much harder.”

Fognini produced some magical tennis to beat Pablo Carreno Busta to seal a 6-2 1-6 6-4 victory before the in-form Matteo Berrettini win the tie with a 6-3, 7-5 victory over Roberto Bautista Agut.

“Last year I couldn’t make it (to play ATP Cup) so I’m really happy that first time that I played we are into the finals.

“The job is not done yet, but we are really happy for what is happening.”