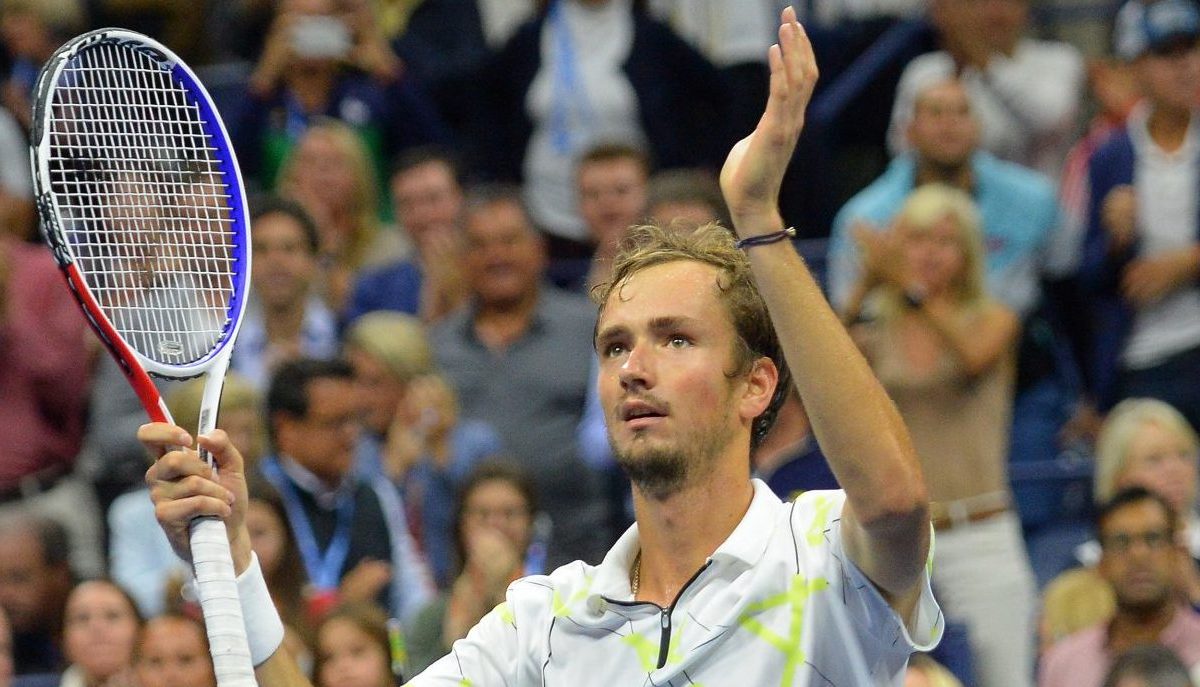 Russian Revolution as Medvedev set to face Rafa in final

Daniil Medvedev has become the youngest US Open finalist since Novak Djokovic in 2010  with his 7-6,(7-5) 6-4, 6-3 US Open semi-final win over Grigor Dimitrov in New York.

On Sunday he can also become youngest champion since Juan Martin del Potro defeated Roger Federer in 2009 when he meets Rafa Nadal.

Medvedev has been one of the hottest properties on the ATP Tour on the run-in to the US Open, reaching finals in Washington and Montreal before claiming his first ATP Masters 1000 trophy in Cincinnati.

The tennis community wondered if he could serve up the same form on the big stage in Flushing Meadows and he has answered the question emphatically, as Grandslamtennis.online predicted a great tournament for him on August 23 in Barry Flatman’s US Open preview. 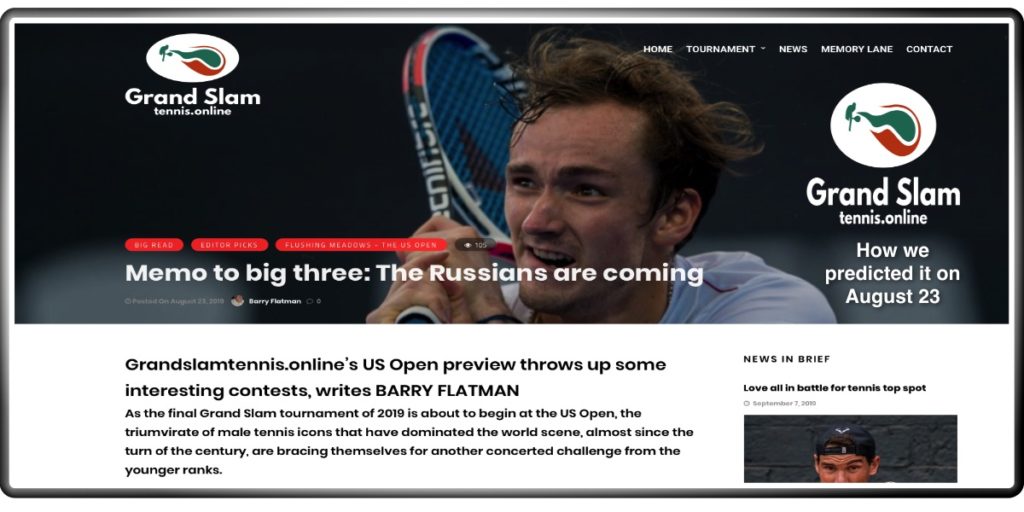 On the way to the final the 23-year-old defeated 2017 Nitto ATP finals champion Dimitrov and was gasping for breath after some lengthy exchanges in the second set, especially the one producing a tournament record 39-shot rally in the crucial ninth game which the Russian managed to hang on to after 11 tense minutes.

That enabled him to steal Dimitrov’s serve in the following game to take a two-set lead and then broke his tiring opponent twice in a final set as the Bulgarian’s belief melted away.

“I felt he was much closer to the first set, but I won and that changed the momentum of the match,” Medvedev, who is now on a streak of 20 wins in his past 22 matches during the North American Summer swing, said.

Medvedev joins former World No. 1s Ivan Lendl (1982) and Andre Agassi (1995) as the only players to make the Washington, Canada, Cincinnati and US Open finals in the same season since the start of the Open era in 1968.

Medvedev, who heads the ATP tour with 50 wins in 2019 including 37 on hard courts added:

“When I came to the USA I didn’t know that it would be this good. I have to say I love the USA.”

Nadal was made to fight all the way against Berrettini, in what many described as a ‘bruising battle’. The Spaniard created a number of opportunities throughout the match to see off his opponent but the Italian would not lie down.

When Nadal was 0-6 on break-point opportunities, Berrettini struck monster serves to get out of holes.

“In the tiebreak I was a little bit lucky,” Nadal said. “At 4-0, the thing for him was almost 100 percent. I survived at that moment.”

The tiebreak marked a turning point and Nadal saw it as the opportunity to break free against the giant 6ft 5in, 200lb opponent.

But Berrettini kept things tight in the second set until Nadal finally broke serve on his 10th break point. Nadal took a 5-3 lead, and it was clear sailing from there.

“Finally I got the break after a lot of chances,” Nadal added. “After that, the match completely changed.”

The final set proved decisive as Nadal took complete control, hitting a few showstoppers to thrill the crowd as he closed in on another slam final.