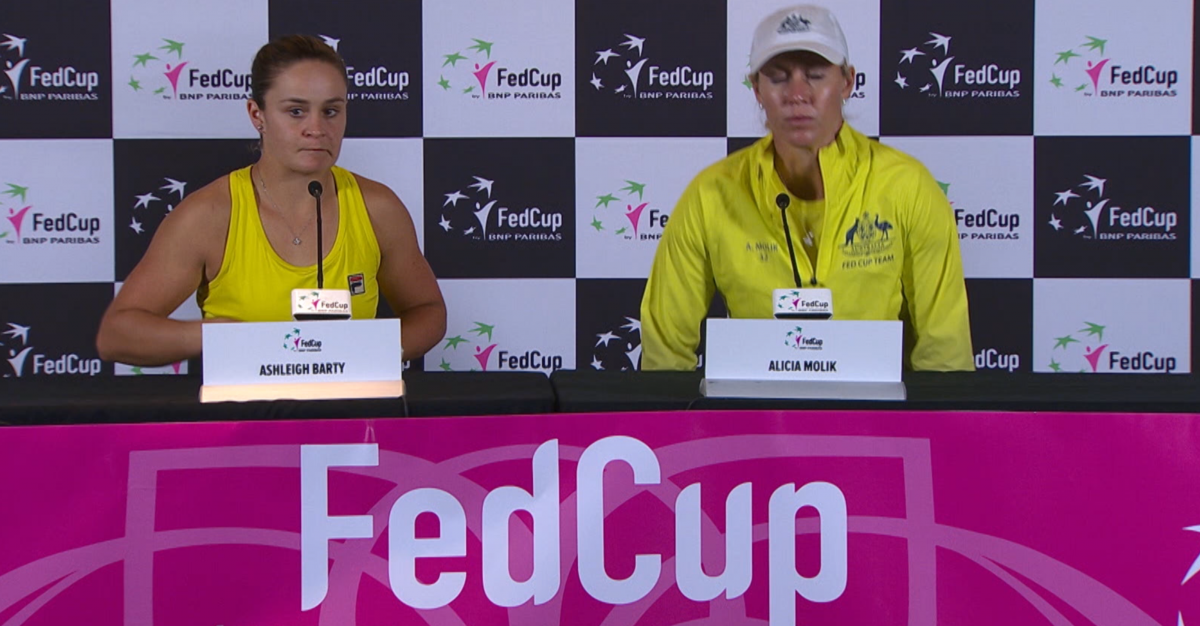 After a disastrous start Australia rescued their Fed Cup bid in Perth today, as World No. 1 Ash Barty produced a masterful display to thrash France’s Caroline Garcia 6-0, 6-0 in. Just 56 minutes at the RAC Arena.

Barty overwhelmed Garcia, jumping to a 3-0 lead then extending to 4-0 with a forehand passing shot winner.

Garcia then dug in, trying to make a game if it, extending to six deuces and saving four set points before Barty finished her off for the set.

Barty was even more impressive in the second set – an ace for 1-0, an inside-in forehand winner for 2-0, then an unplayable  serve for 3-0.

Garcia was unable to read Barty’s play and eventually broke down in a series of errors, with a forehand shot going wide for 4-0. 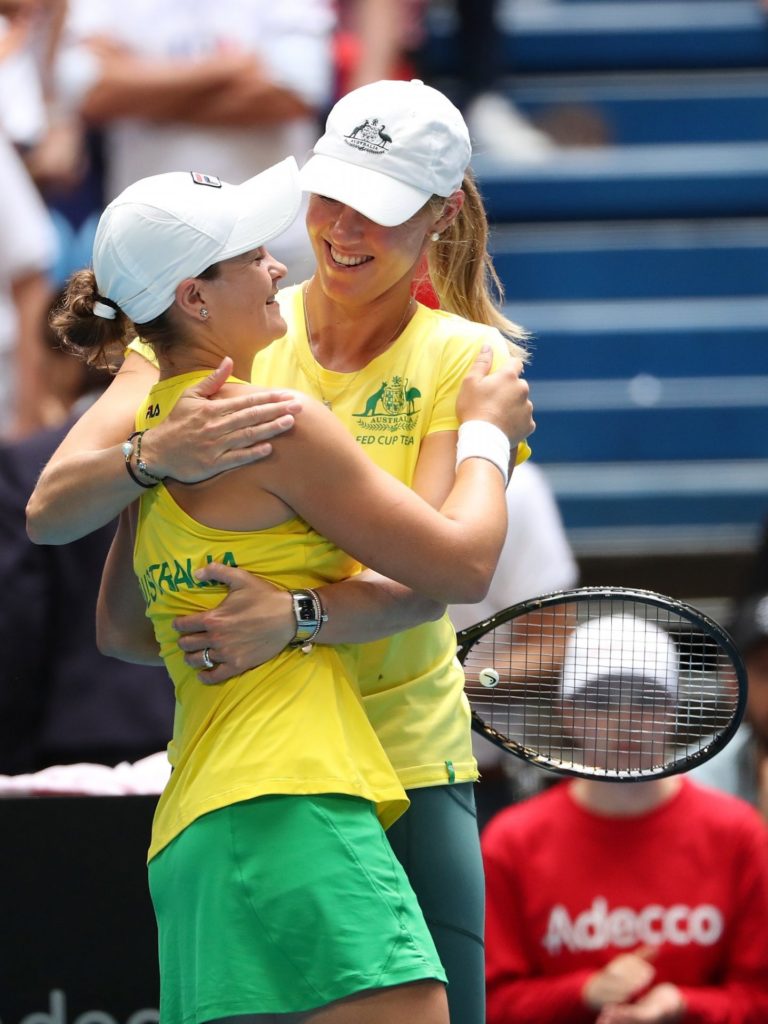 There was a brief moment when she pulled back to 15-40 in the fifth game, but it was too little too late as Barty wrapped up day one in style.

“I couldn’t have asked for a more perfect match,” Barty said.

“I think that’s probably the best tennis match I’ve ever played in my life and what a place to do it, this is incredible.

“I’m so happy to be back here in Perth. I started my year here, so it’s a hell of a way to finish it off too.” 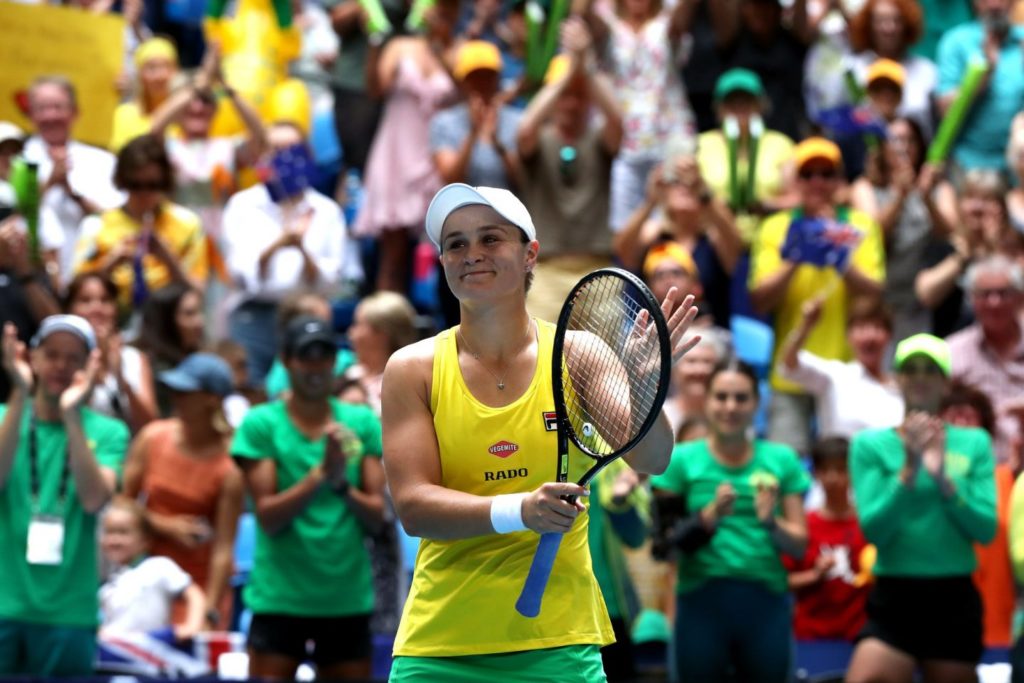 “I felt that I was extremely focussed on myself and playing my game. And I had my game plan really in mind.” Mladenovic said.

“And I think I committed perfectly and I just played, let’s say too fast and I felt like I was in my confidence on pretty much the whole time, which I’m very satisfied about.”

The two winners will clash in the first of the reverse singles rubbers tomorrow.

Barty said she had watched about 75% of the first game so is expecting a tough game. “I know she (Mladenovic) has the weapons to be able to make me uncomfortable. So it’s about trying to nullify those as best that I can and bring it back to my tempo of match,” she said. 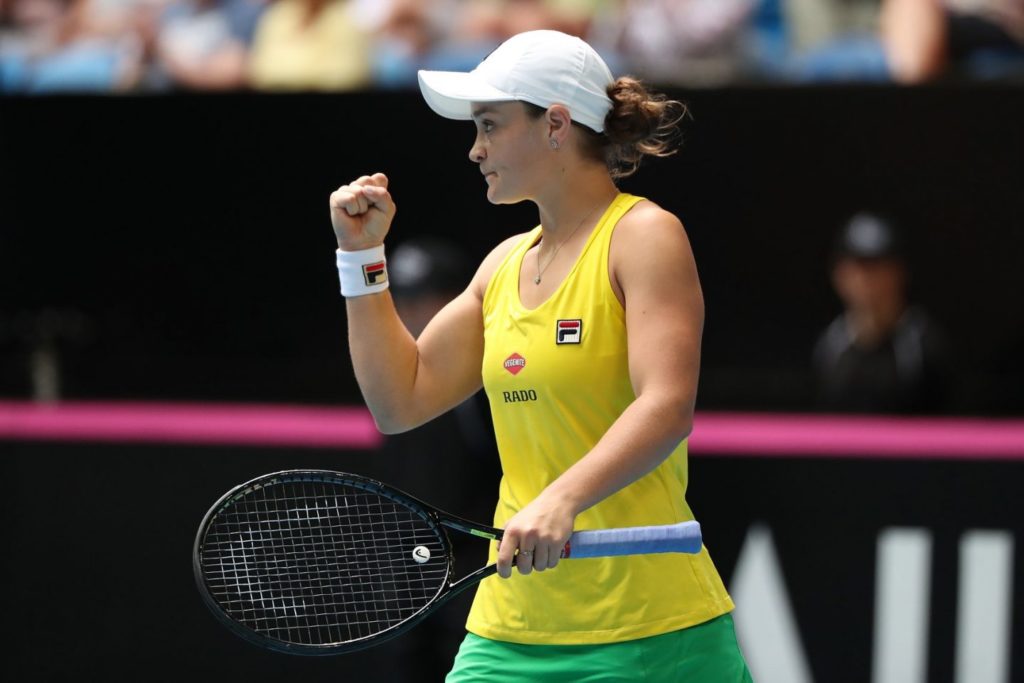