The Cape Town spectacular, played on an orange hardcourt laid in the middle of a massive stadium on the football pitch, was won by Federer. 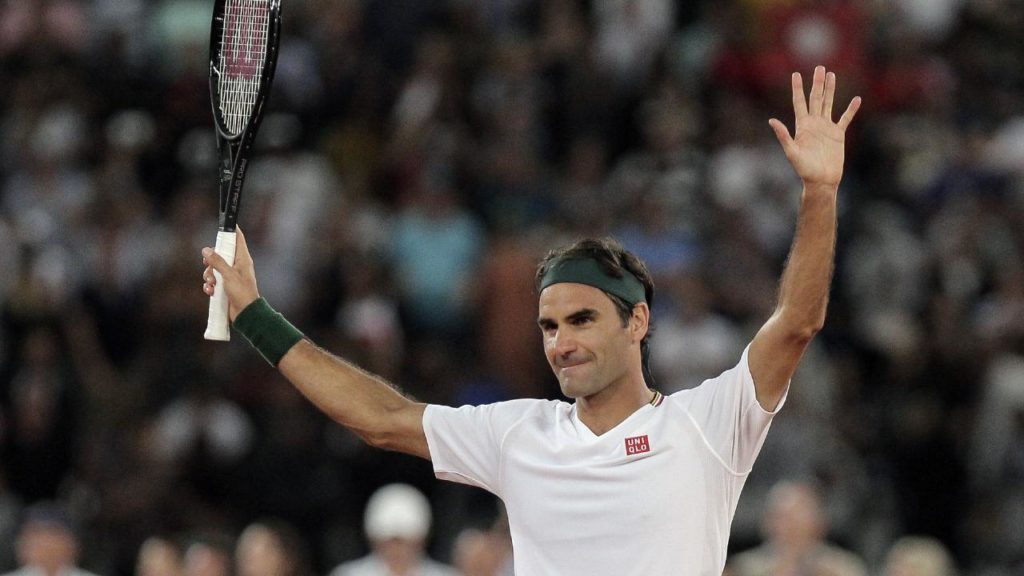 The Swiss beat longtime rival and colleague Nadal with a winning volley on match point; the event also raised $3.5 million for the Roger Federer Foundation, which aids children in South Africa, homeland of his mother Linette.

Organiser had hoped for a more modest $1 million, but smashed that mark with ease.

The attendance beat the previous mark – set last November in Mexico City when Federer played an exhibition with Alexander Zverev – of just over 42,000 fans in attendance.

The good-natured but serious match was light-hearted at times but always competitive. 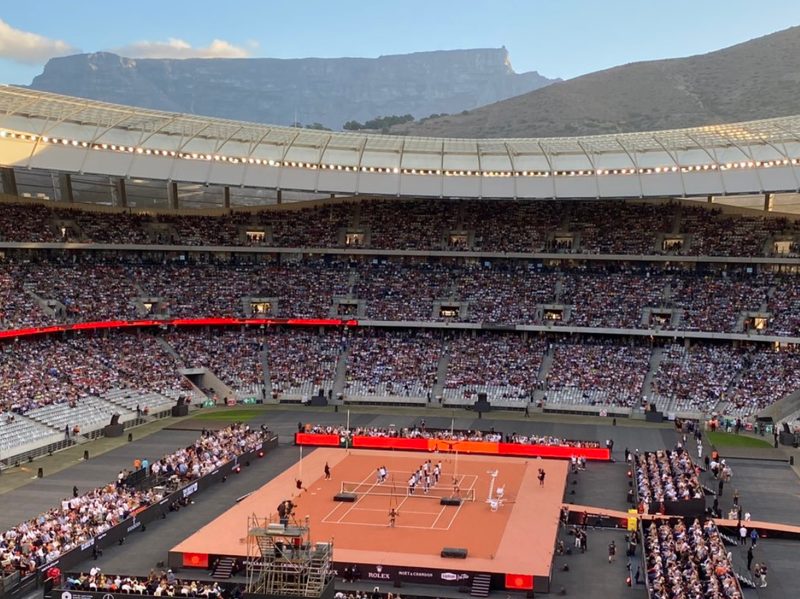 “On the road I think we understand each other really, really well. We like seeing each other, also chatting together and making sure that tennis moves forward the right way.”

Before the highlight singles, Gates teamed with Federer and Noah played alongside Nadal in a celebrity doubles hit-out.With the record for attendance at a tennis match now established in Capetown, orgranisers said that demand for tickets had reached around 200,000.

Federer, visiting the city for the first time in two decades when he came as a child with his family on holiday, called the showpiece “a magical evening.”

Nadal was thrilled to have done his part in the effort.

“We tried our best as always, the energy has been fantastic.

“I don’t think we can describe our feelings. It has been a lifetime experience playing in front of such an amazing crowd in an amazing stadium.

“It is not my first time playing in South Africa, I played here when I was a kid.

“But it is my first time as a professional player. I want to say well done to Roger and all of his family. The organisation of this event has been just fantastic.

“It has been a big pleasure to be a part of it.”