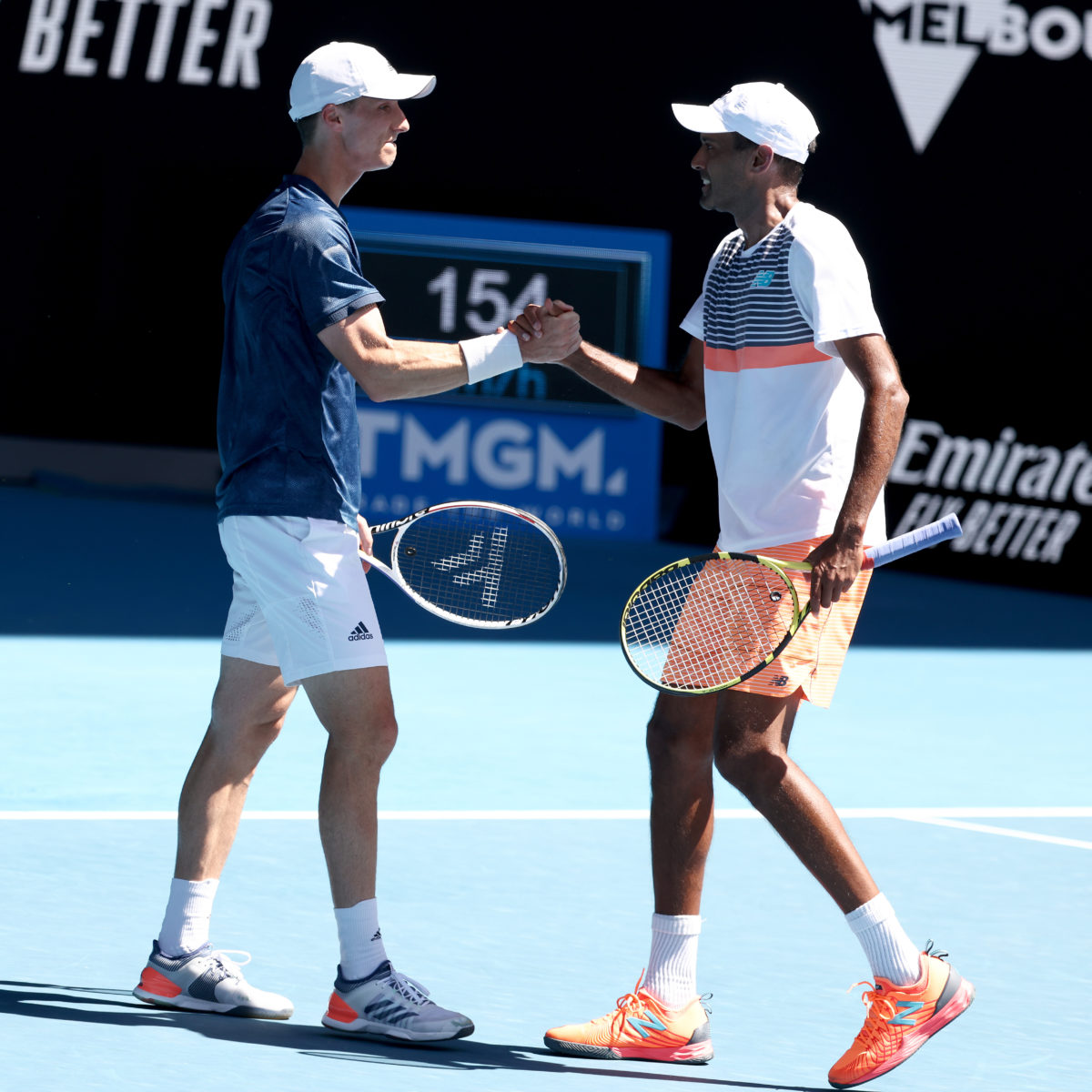 Rajeev Ram and Joe Salisbury will attempt to become the first pairing to win consecutive men’s doubles titles since the Bryan Brothers in 2011 when they take on No 9 seeds Ivan Dodig and Filip Polasek  in Sunday’s final.

The Anglo-American pair converted two of just three break points  and hit 22 winners on the way to victory.

Opponents Jamie Murray and Bruno Soares were also attempting to reach their second Australian Open final together, and a repeat of their 2016 triumph.

Scot Murray and  Brazilian Soares  went their own separate ways for a while but teamed up again at the start of this season but it was defending champions Salisbury and Ram who came out victors in a tight  contest, winning 6-4, 7-6 (2).

The finalists are tied 1-1 in their ATP head to head series, with both matches ending in Match Tie-breaks