Top seed Rafael Nadal led a trio of seeds in comeback efforts to squeeze into the fourth round of the rain-dampened US Open on Friday.

Besides Nadal, last year’s finalist Kevin Anderson and ninth seed Dominic Thiem also had to fight their way out of trouble.

The Spanish defending champion came through his first real test of the fortnight after two easy wins with a 5-7, 7-5, 7-6(7), 7-6(3) over Russian Karen Khachanov. 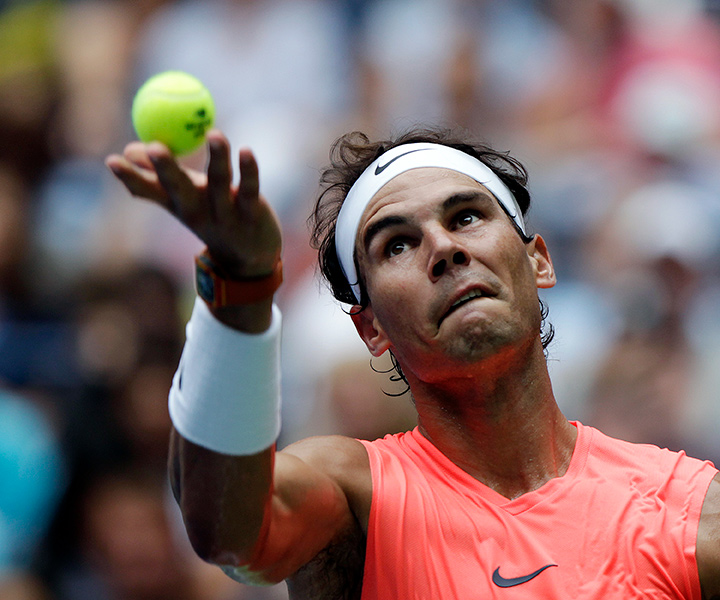 The victory which was accompanied by a rain interruption early in the third set, with the No. 1 earning a 5-0 record in the series – though the Spaniard had won their first four matches in straight sets.

As usual with Nadal, the leisurely contest ran late and crowds began to build up outside the Ashe stadium for the separate-ticket night session features a Williams sister mano-a-mano, their 30th meeting. 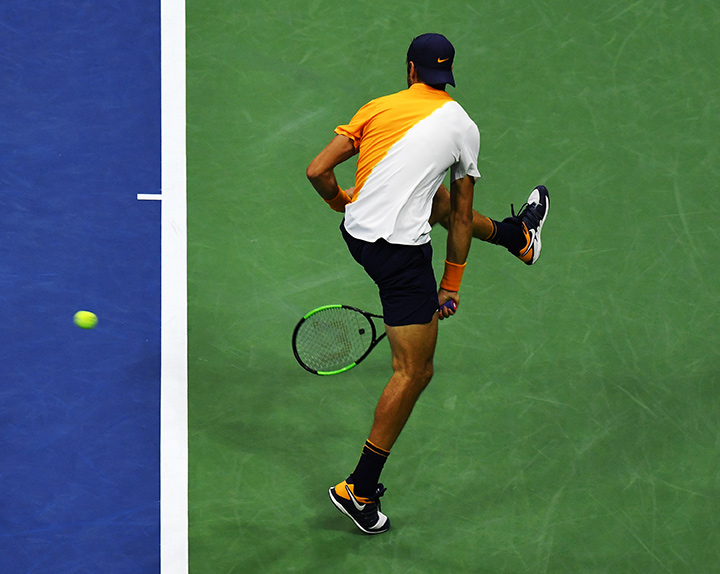 Nadal was broken while serving for a hard-fought victory, but a re-break from the 17-time Grand Slam winner ultimately led to the tiebreak finish for the seed. 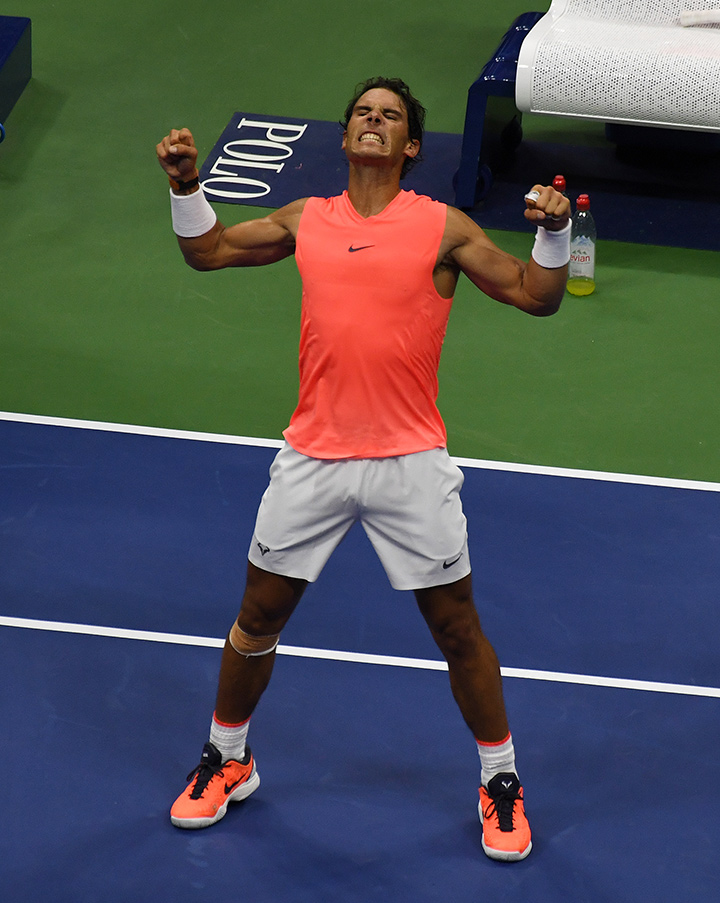 Ninth seed Thiem continued building up his hardcourt game on the fly after a poor-run up, with the ninth seed advancing to the fourth round over Taylor Fritz 3-6, 6-3, 7-6, 6-4.

The laborious comeback after Thiem – who turns 25 on Monday – was a duplication his 2017 victory over the 20-year-old Fritz in another four-setter. 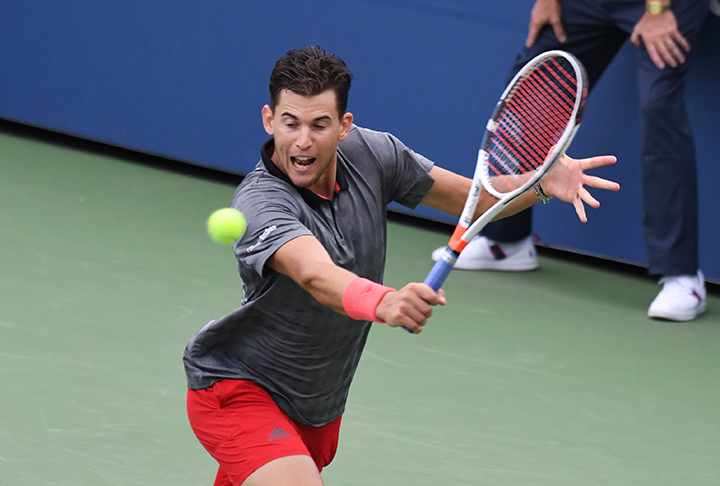 Austria’s Roland Garros finalist struck 59 winners and 18 aces, while breaking Fritz five times to set up a match with Anderson.

“I’ve always lost in the fourth round so I think it’s time I get to the quarters,” Thiem said after winning a match where he trashed a racquet in frustration in the tight third set. 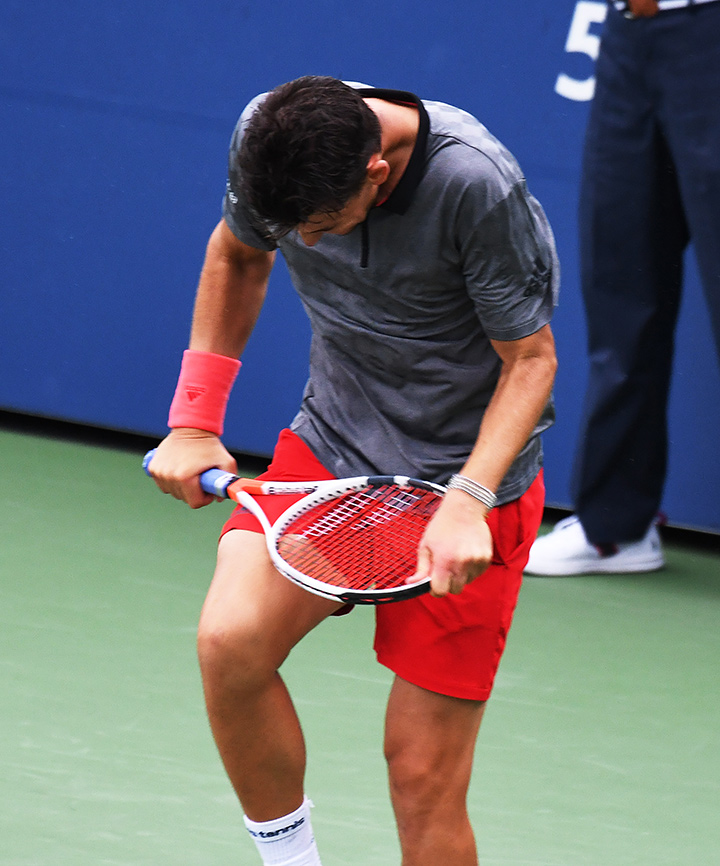 The Austrian also made the unwise decision to dive on the cement, ending with a bloody knee and a medical timeout. 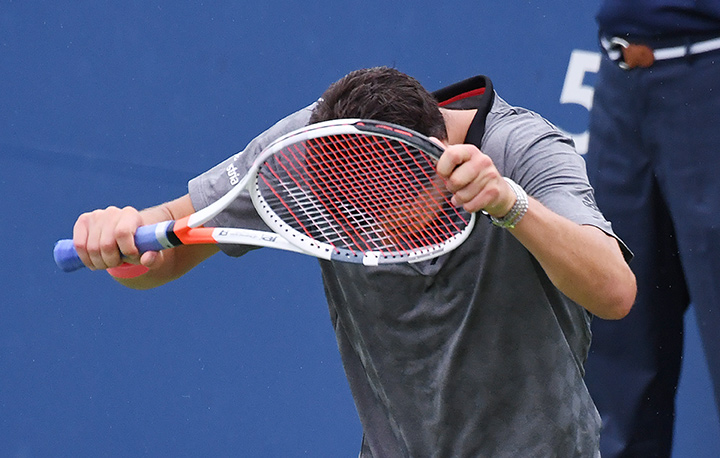 Anderson won his second five-setter of week one with 11 aces and 31 winners, saving seven out of nine break points against serve; the US-based South African kept up the pressure as Shapovalov committed 77 errors.

“That was an amazing match,” the winner said. “You’re definitely going to be seeing him (Shapovalov) in the years to come.”

Anderson leads Thiem 6-1, with the Austrian winning their match last May in the Madrid semis. 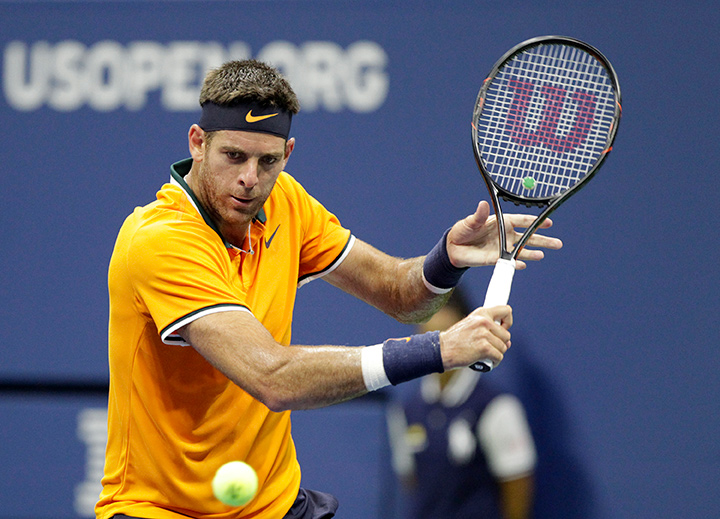 “Going to have my work cut out for me,” said Anderson. “Really going to have to focus on my game, continue doing what I’m doing.”

“It was tough,” Raonic said. “I was fortunate I got through that because I was falling behind in that tiebreak. I’ve got to just keep getting sharper.”