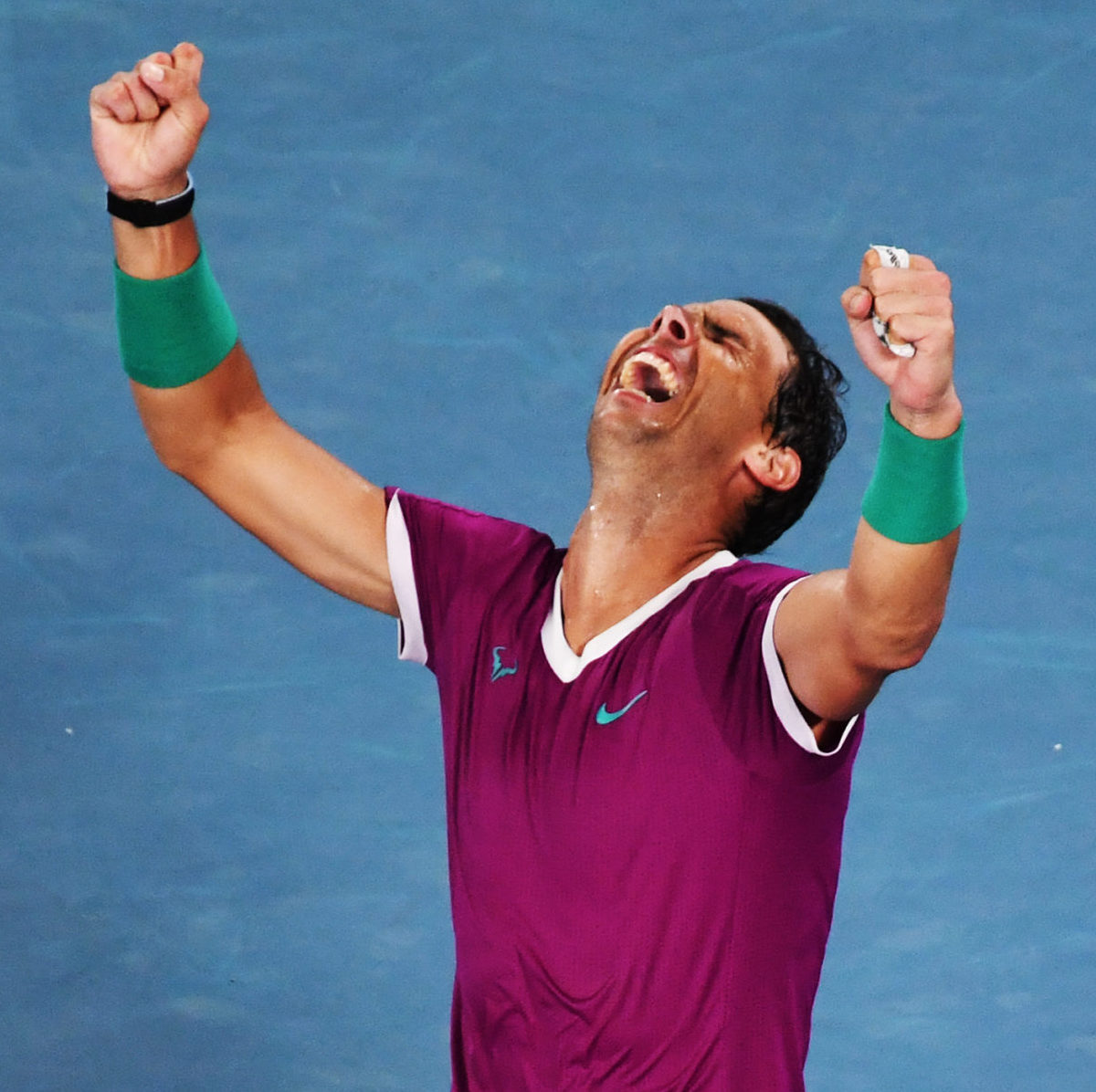 But it was Medvedev who broke first, jumping to a 5-2 lead before taking the first set.

Nadal then bounced back, racing to a 4-1 lead, but Medvedev broke back and was broken himself as the second set hung in the balance at 5-3 in Nadal’s favour.

Play was then brought to a halt by an idiot jumping from their seat onto court, to make protest.

After being removed by police play resumed and Medvedev won a thriller of tiebreak to take a two set lead.

But Nadal was not to be denied, the 35-year-old veteran dug deep got to 3-3 in third and then broke his opponent again to begin the comeback.

Medvedev was still there, but was visibly upset by the partisan crowd, cheering for Nadal. The Russian had a quick medical check from his physio before forcing the set to 3-2.

Nadal then saved two break points as in Medvedev hung on as the Spaniard took set there to force an amazing decider.

Medvedev started the quicker but it was sNadal who led 3-2 with a brilliant forehand shot.

At 4-2 Nadal edged closer to victory but Medvedev somehow took it to 5-5, before, after an amazing five hours and 24 minutes, with clock way past midnight, Nadal served to win his 21st crown.