Rafa touches down in Oz, ready for ATP Cup 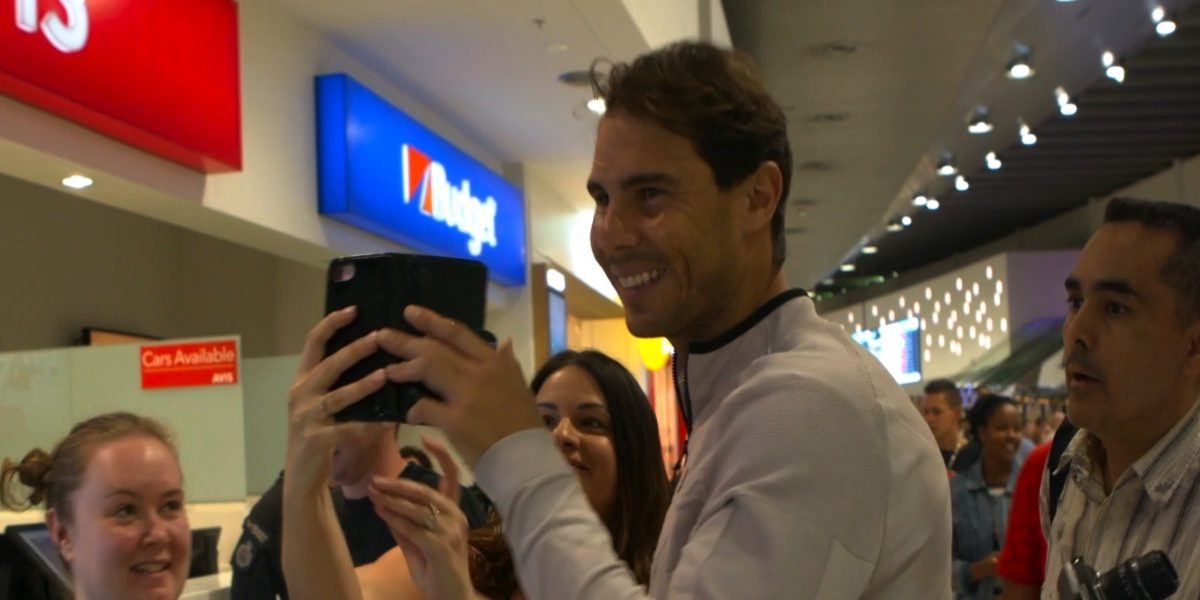 World No.1 Rafael Nadal touched in Australia overnight with only one thing on his mind – and it wasn’t equalling Roger Federer’s grand slam record.

The 33-year-old said his main goal was to give reigning Davis Cup champions Spain the best chance of winning the inaugural 24-nation ATP Cup, which kicks off this weekend.

Then, he said, it was all about preparing for first Slam of the year, in Melbourne, later next month.

“Hopefully we arrive in good shape. We have five days to practice well before the competition,” Nadal said.

“We are looking forward to play good here in the ATP Cup and then we are going to have one week in Melbourne before the (Open) to start to prepare.

Nadal’s only Australian Open victory was a decade ago – over Federer in 2009.

He has been close, losing to Novak Djokovic earlier this year, in 2017 to Federer and in 2014 to Stan Wawrinka, as well as 2012 to Djokovic.

Spain, the pre-tournament favourites, begin their campaign on Saturday against Georgia at Perth’s RAC Arena.

Nadal never competed in the Hopman Cup in Perth, but is looking forward to seeing Perth for the first time.

“I have been to Brisbane a couple of times. This time Perth. I am excited to know a different place,” he told local media.

“Today, together with my team, we have made this decision as I am still not 100 per cent ready to compete at the highest level,” Nishikori said in a statement.

Nishikori has not competed since this year’s US Open due to a right elbow injury that he underwent surgery for in October. Yoshihito Nishioka will replace him as the top-ranked player in Japan’s lineup. Yasutaka Uchiyama also withdrew from the event earlier this week and was replaced by Toshihide Matsui.