Rafa too good for Roger 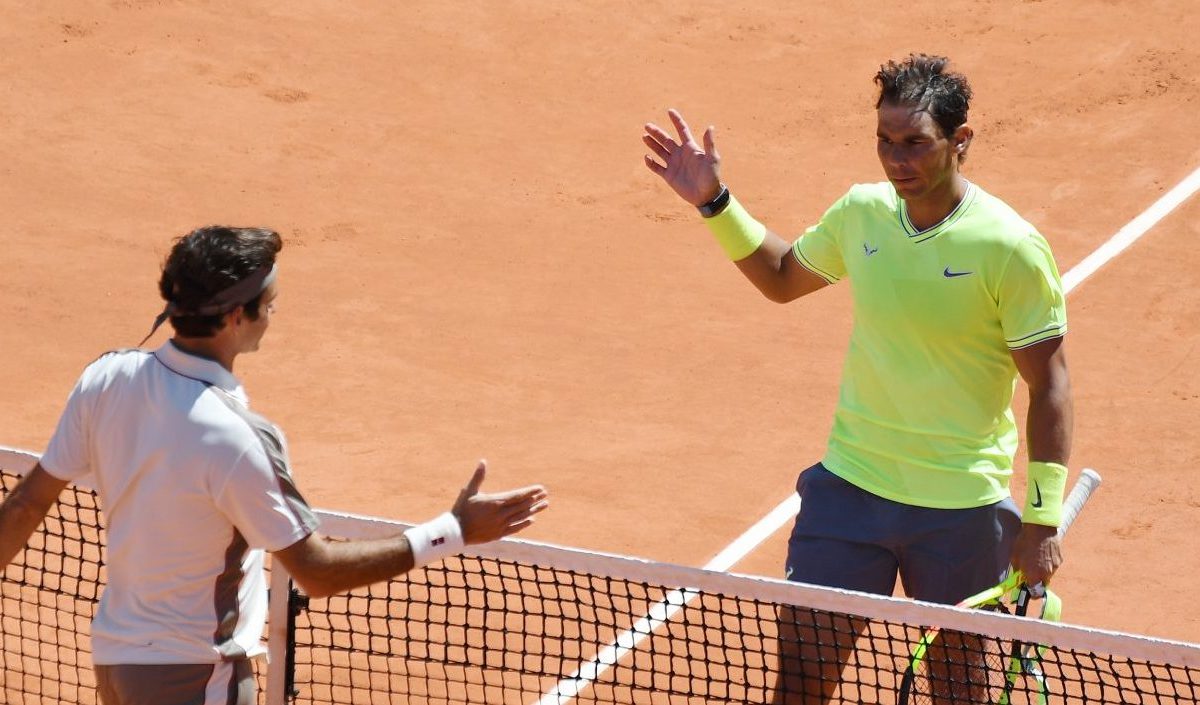 Rafael Nadal blew past Roger Federer in damp, sandstorm conditions on the Chatrier showcourt to end a five-match losing streak to the Swiss on the way to a 12th French Open final on Friday.

The Spaniard who remains one victory away from a record 12th title here beat his longtime rival in a battle of icons 6-3, 6-4, 6-2.
But a finals opponent for the winner remained unknown, with Dominic Thiem leading Novak Djokovic 6-2, 3-6, 3-1 6-1j as the contest was paused for light rain at 1540 GMT.
But 20 minutes later, with sun breaking through and the forecast looking dry, French TV showed Djokovic getting into his transport and leaving Roland Garros.
The strange behaviour of the top seed left no choice but to continue the semi-final on Saturday, the day of the women’s final.
Nadal said he was tested by both the weather and  Federer: “The conditions out there today have been so hard, so difficult to manage,” he  said. “it was a day to focus, accept the difficulties and be positive all the time.

“That’s what I tried to do. After five of six games, it became a match with a good level of tennis, there were some great points.

The second seed called the weather challenges “a little bit too much.
“It was so difficult to control the situation and understand the things that were going on on court.
“But I played a great match despite the conditions. I thought about the wind, but tried not to make it a distraction.
“I decided not to complain – or to complain little – and not to protest in case of an error or a ball which would have gone out because of the wind.”
With fans shouting support for 20-time Grand Slam champion Federer, the 37-year-old saved one match point but floated a return long on a second, marking the end of his return to clay this season after not playing Roland Garros since 2015.
https://youtu.be/RXwpInXtRT8
Nadal’s victory in just under two and a half hours ended a six-match loss streak against the Swiss while leaving the Spaniard 6-0 over his rival on Paris clay.
Nadal owns their series at the majors after posting his 20th victory against three losses; Nadal is 24-15 overall against the Swiss.
Federer said that the gusting winds played havoc with both players.
“You get to a point where you’re just happy to make shots and not look ridiculous,” he said. “It’s that bad. It’s just really difficult for both of us.

“You’ve got to try to take on the half volleys, too, all that stuff. It just adds to the equation.
“He’s the best clay-court player, so I can accept that. It’s not a problem.“
Statistics proved an ally for Nadal, who stand 100-0 in best-of-five clay matches once he has won the opening set.
“I’m very content to win and return to another final here. This has been the most important tournament of my career.”
Share:
Facebook0Tweet0LinkedIn0Pin0