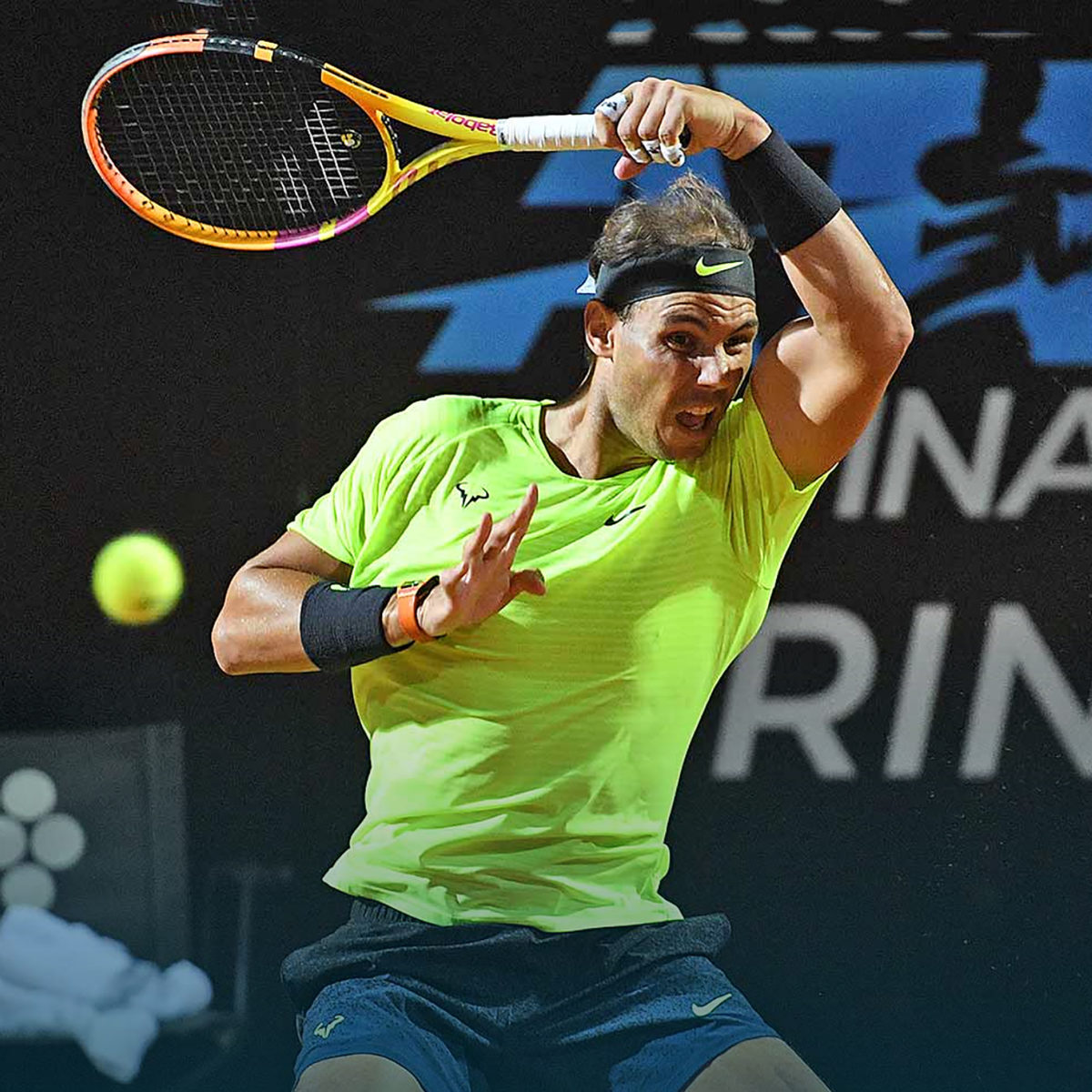 Rafael Nadal picked up where he left off 15 months ago on clay, with the Spaniard starting his bid on Wednesday for a tenth title at the Rome Masters.

The world No. 2 who skipped his title defence at the US Open due to COVID-19 fears, showed off his awesome clay game in a 6-1, 6-1 victory which barely took an hour and a quarter.

The 34-year-old Spaniard is seeking his 10th Rome trophy, hoping to add the event to his list of tournaments where he owns titles in double figures. (Paris, Monte Carlo, Barcelona).

Just like in locked-down New York, Rome is being staged without any of the most enthusiastic and aesthetically pleasing fans in the game.

The sad, empty stands of the Centrale made Nadal long for the pre-virus days of packed-out stadiums and the constant murmurs and shouts of rowdy Rome audiences..

“It’s good to be back on the Tour, but it’s sad to be playing with no crowds,” he said. “They are very enthusiastic here and I miss them.”

Nadal could not fault the form which took him to victory with 20 winners and 11 unforced errors. Carreno Busta, now winless after six meetings with his compatriot, was burdened with 28 unforced errors, losing serve five times.

“He is probably tired from New York,” Nadal said of his outclassed opponent. “He had an amazing event there.

“Thos was the perfect start for me, I played solid, hit my shots well and didn’t miss much. I did well in this first match.”

“At least there is a positive thing – the sport is back. At home during the first couple of months, life was a little more sad, we are still losing a lot of people (to the virus).

“But at least fans can enjoy the matches from home.”