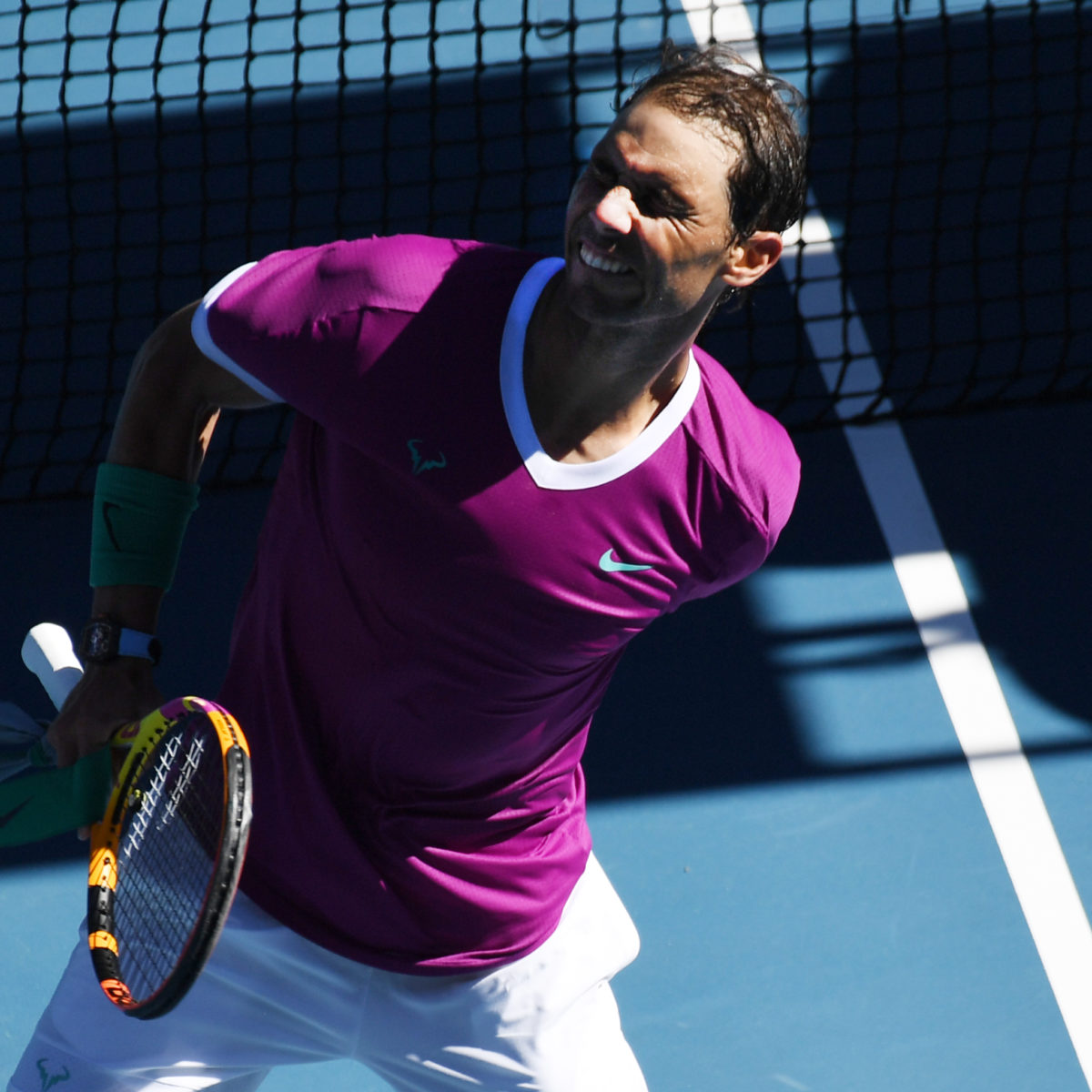 Rafael Nadal stayed on track in Melbourne on Wednesday as he eased past German qualifier Yannick Hanfmann 6-2, 6-3, 6-4.

It took there Spaniard to the Open’s round of 32 for the 16th time in his career.

Nadal overcame the blustery conditions to seal the match in two hours and 42 minutes as Hanfmann tried a series of drop shot to distract the world No. 6.

Hanfmann saved four match points, including two on the Spaniard’s serve, before Nadal prevailed, hitting 30 winners on his way to victory.

“I know he was dangerous,” Nadal said in an on-court interview with Jim Courier after the match.

“The result against Thanasi in the first round here says he is playing great.

“Player with big shots, good serve, very high potential, no? His level of tennis [is] much higher than his ranking says, without a doubt.”

Nadal will face either Russian 28th seed Karen Khachanov or Benjamin Bonzi of France next.