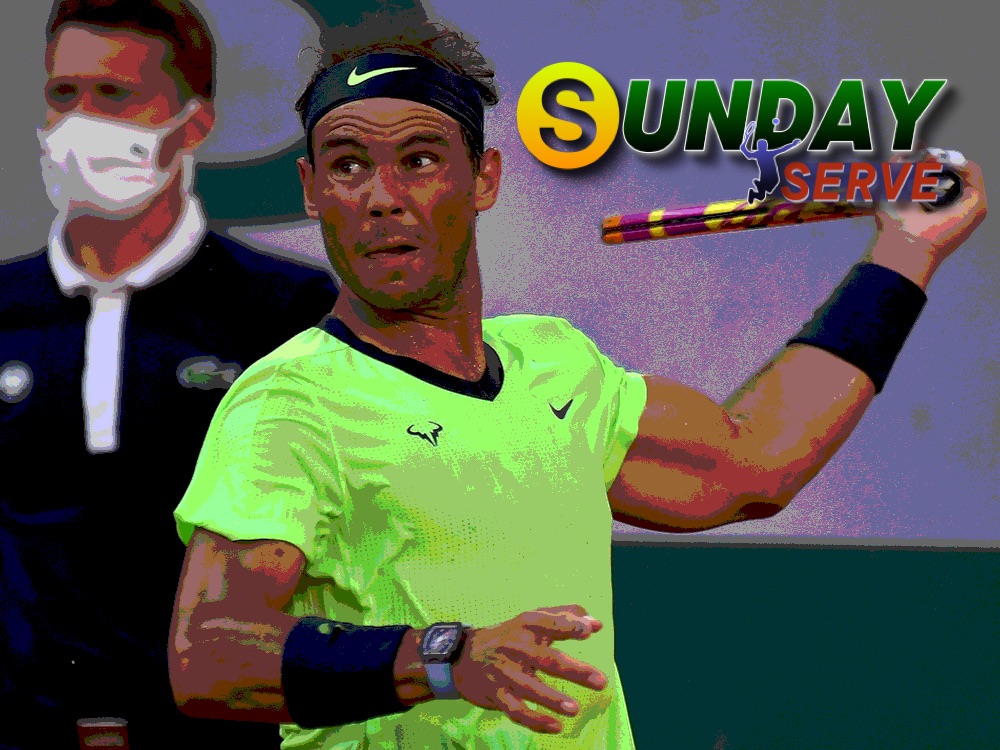 Nadal went down to Novak Djokovic in the semi-final and was hindered by a foot injury.

“I tried to stay as positive as possible and that is it,” Nadal said this week in Indian Wells.

“After Roland Garros, I couldn’t walk for two weeks. Then I was not ready to go to Washington or Toronto but I wanted to try.

“But the two months of training before that were terrible.

“Winning [at the Australian Open] was so important.

“But being competitive and enjoying the competition was what was so emotional for me, being able to play in a huge stadium with fans again”.

Nadal has withdrawn from the Miami Masters to concentrate of preparing for the European clay season.

ANDY Murray celebrated his 700th ATP Tour win on Friday at Indian Wells, but the other news this week surrounded the appointment of Ivan Lendl as his coach for a third spell.

The pair worked together in 2012 and Murray won all three of his grand slam titles.

Murray has been searching for a coach since splitting from Jamie Delgado in December.

A brief spell with the German Jan De Witt didn’t work out before Murray turned to old pal Dani Vallverdú.

But Vallverdú has a full-time role with Stan Wawrinka, so Murray’s search has taken him to another very familiar face.

Murray won his first slam under Lendl at the US Open in 2012, then of course there was the Wimbledon title a year later – ending Britain’s 77-year wait for a Wimbledon men’s singles champion.

The pair split in 2014 and then reunited two years later as Murray clinched his second Wimbledon title.

In November 2017 Lendl left again, but now the pair are back together as Murray plans to extend his stay in the US beyond the Miami Masters, missing the European clay season and focusing on grass, ready for Wimbledon.

OUR story last week on Ukrainian veteran Leonid Stanislavskyi got a positive response from Rafa Nadal this week:

“From the #RafaNadalAcademy by Movistar we send you all our strength and support in these difficult times. We were very excited about your visit to the Academy last year. We hope that when all this is over you can come back to Mallorca to play on our courts!”

QUOTE OF THE WEEK:

“It’s definitely not for me to decide. I follow the rules. I want to play my favourite sport.”

Daniil Medvedev commenting on the decision of the ITF to ban al Russia and Belarus flags, symbols or anthems as a result of Russia’s invasion of Ukraine.

FABIO Fognini made a bit of history this week after rallying past Spaniard Pablo Andujar 3-6, 6-3, 6-3 to reach the second round of the BNP Paribas Open at Indian Wells.

In doing so Fognini passed former World No. 4 Adriano Panatta for the most wins by an Italian male in history with 392.

“It’s nice for sure. I didn’t know before the match, believe me,” Fognini told ATPTour.com.

“They are just statistics, but of course I’m happy. Now they compare me to the big ones. Adriano was an idol when I was young, so I’m really happy. It’s not the end. I’ll continue fighting and let’s see what happens.”

Fognigni, at 345, admitted it was not going to last forever.

“This job is not going to go forever, so I’m trying to enjoy my last years of competition and we’ll see,” he said.

“But at the moment I’m happy for sure”.

ALWAYS sad to see a player retire, so this week we bade farewell to American Kristie Ahn, who announced she was retiring from professional tennis, aged 29.

Ahn has not played since the 2021 US Open and has struggled with injuries and form and had hoped to bid farewell to the game by reaching the US Open main draw later this year.

But “not everybody gets an Andre Agassi farewell,” she posted on social media.

“It is probably one of the most polarising feelings to announce that I’m stepping away from the court,” she added.

“I really wanted to qualify to have one last chance to say ‘thank you’ and ‘goodbye’ properly – but I’ve come to terms with the fact that not everybody gets an Agassi farewell, and seeing others with infinitely more illustrious careers than mine step away graciously has given me the courage to follow suit.”

Ahn turned pro in 2008 and went on to win seven singles titles, achieving a career high singles ranking of 87 in September 2019.

OVER to the men’s game in the US and they may have a new star in the making, with many predicting big things for young Jenson Brooksby.

21-year-old Sacramento native Brooksby has begin to make a significant mark on the ATP tour, with many believing his uncompromising style off play could see him break into the ATP top 10.

“He is such a fighter, and for so long we were saying, ‘Oh, maybe the Americans aren’t tough enough or maybe they’re not grinding enough,’ and he’s the opposite,” Lindsay Davenport said last week.

And Brooksby’s coach Joseph Gilbert says they have deliberately developed a style of tennis that can push any of the world’s top players.

It’s a style that has been described as ‘overdrive’ from start to finish.

Last year Brooksby made an impression, coming from outside the top 300 to a year-end ranking of 56.

In September he became the youngest American man to reach the US Open round of 16 since Andy Roddick in 2002, before taking a set off Novak Djokovic.

And, according to many in the know, he is still learning.

“His arsenal of shots is just phenomenal, then you see there’s room for improvement,” Davenport added.

Watch out for this young man.

Well, it’s a possibility, after Kyrgios was recently seen training as Osaka watched on.

The former world No.1 has admitted she’d be open to a possible mixed doubles pairing at the 2023 Aus Open.

“If he wants to attempt to carry us, I’ll consider it,” Osaka said at Indian Wells after her first round singles victory over Sloane Stephens.

“But I haven’t played doubles in years and I’m not quite great at it.

“I know he just won the Australian Open doubles title. Yeah, if he wants to do everything…”

Kyrgios played mixed doubles with Venus Williams at the US Open in 2021.

IS she still only 17? Well, today Coco Gauff celebrates her 18th birthday and it seems an age since she burst on to the scene.

Gauff held off fellow American Claire Liu 6-1, 7-6(4) on Friday night at Indian Wells to set up a clash with Simona Halep today.

Raducanu had earlier admitted she was told there was “no chance” she’d be able to compete in the event because of an ongoing hip injury, so said taking part was a “bonus”.

“It’s incredible. I think Andy is such a class player,” she said.

“The way he can put the ball in places that you just don’t want. I think that’s a real great skill to have.”