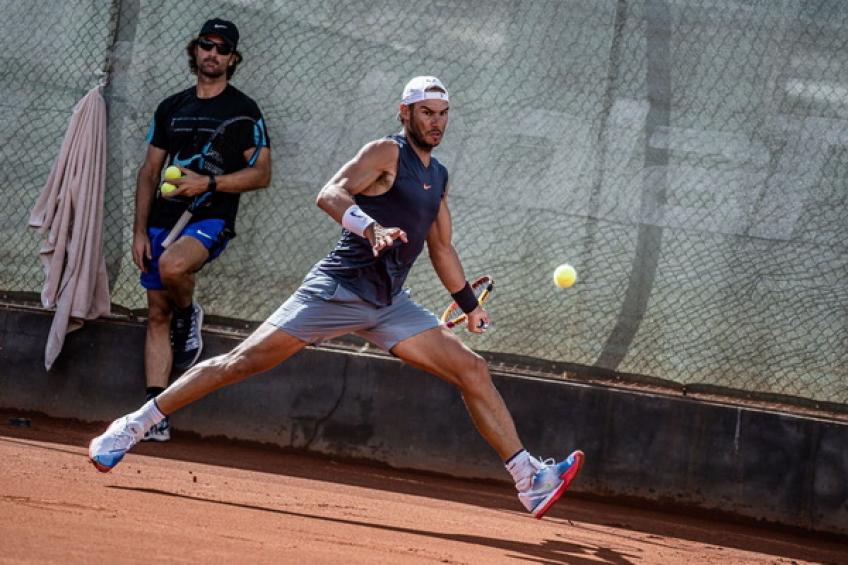 Rafa Nadal is already in Rome preparing on clay for his return to tennis.

Nadal has been praising with Stan Wawrinka in Rome and posted a picture of himself on Instagram with the caption
‘Here we are’.

“It will be my first tournament after a very long period without playing,” Nadal said on Tuesday.

His last tournament was in Acapulco at the end of February, which he won.

Nadal has won the Rome event nine times. This year’s event, postponed from earlier this year, begins on Monday.