Rafa all smiles from Melbourne 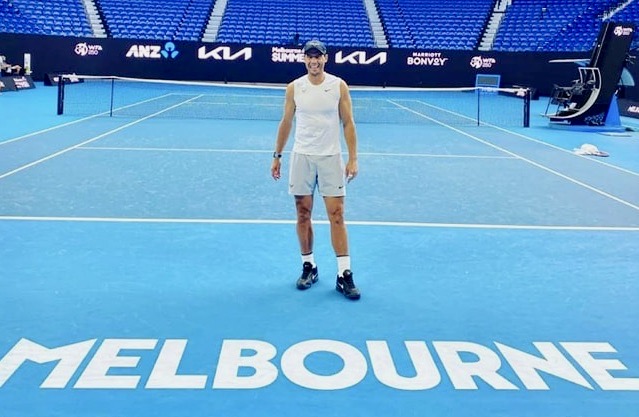 Rafael Nadal is the latest tennis royalty to have announced their arrival in Australia today, posting an image on Twitter of himself on Rod Laver Arena.

Nadal was a doubt a week ago after testing positive for Covid after an exhibition event in Abu Dhabi.

But the 20-time Grand Slam champion has recovered took to social media on Friday to end fears he would not be attending.

Nadal won’t be playing in the ATP Cup in Sydney tomorrow, but will compete in an ATP warmup event in Melbourne.