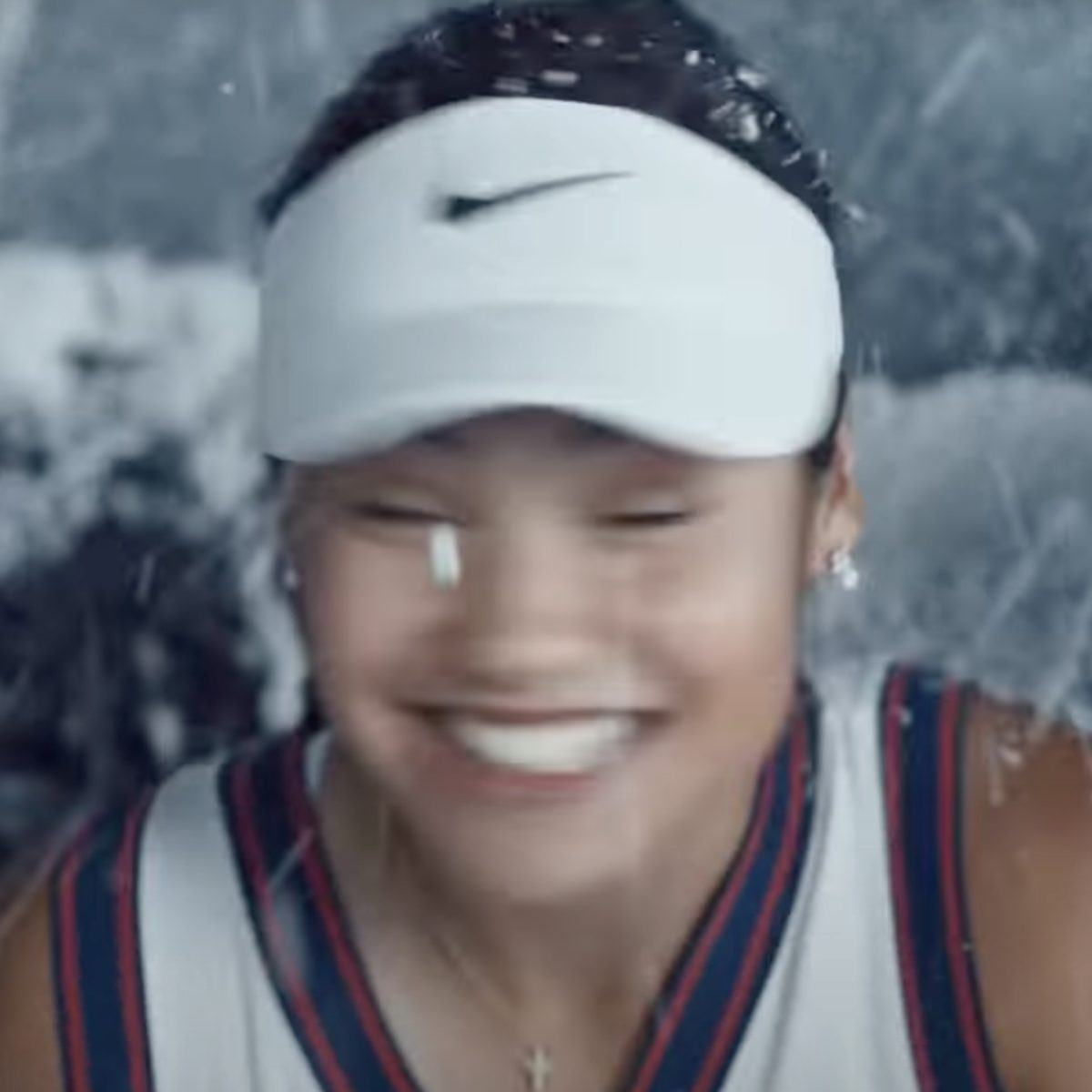 The US Open champion can be seen alongside other British sports stars in the ad for Sports Direct, which has been reported to have cost about US $8 million to produce.

The commercial invites people to get out of their houses and enjoy the snow as Raducanu dodges snow balls and shouts “new balls, please!”, before serving and hitting British footballer Jack Grealish in the back.