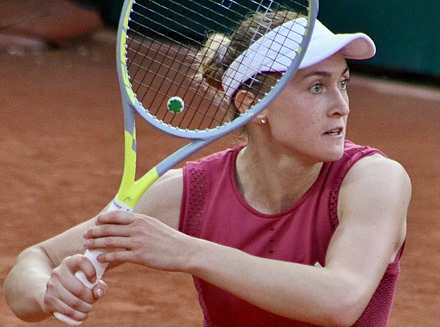 Aliaksandra Sasnovich set up a second round clash with US Open champion Emma Raducanu at Indian Wells on Friday after saving nine break points to see off Colombian Maria Camila Osorio 6-0, 6-4.

Belarusian Sasnovich, 27, has won 11 singles and seven doubles titles on the ITF circuit, reaching the doubles semis at the US Open win 20129, with Viktoria Kuzmova.

Meanwhile, former world No. 1 Andy Murray believes Raducanu has what is takes to survive on tour – on and off the court.

“Often what separates the elite athletes from maybe that level just below is that ability to learn quickly and process information quickly,” Murray said. “Not everyone can do that.

“I’ve not spent loads of time on a tennis court with her. But often elite athletes have that quality and I wouldn’t be surprised if she has that.