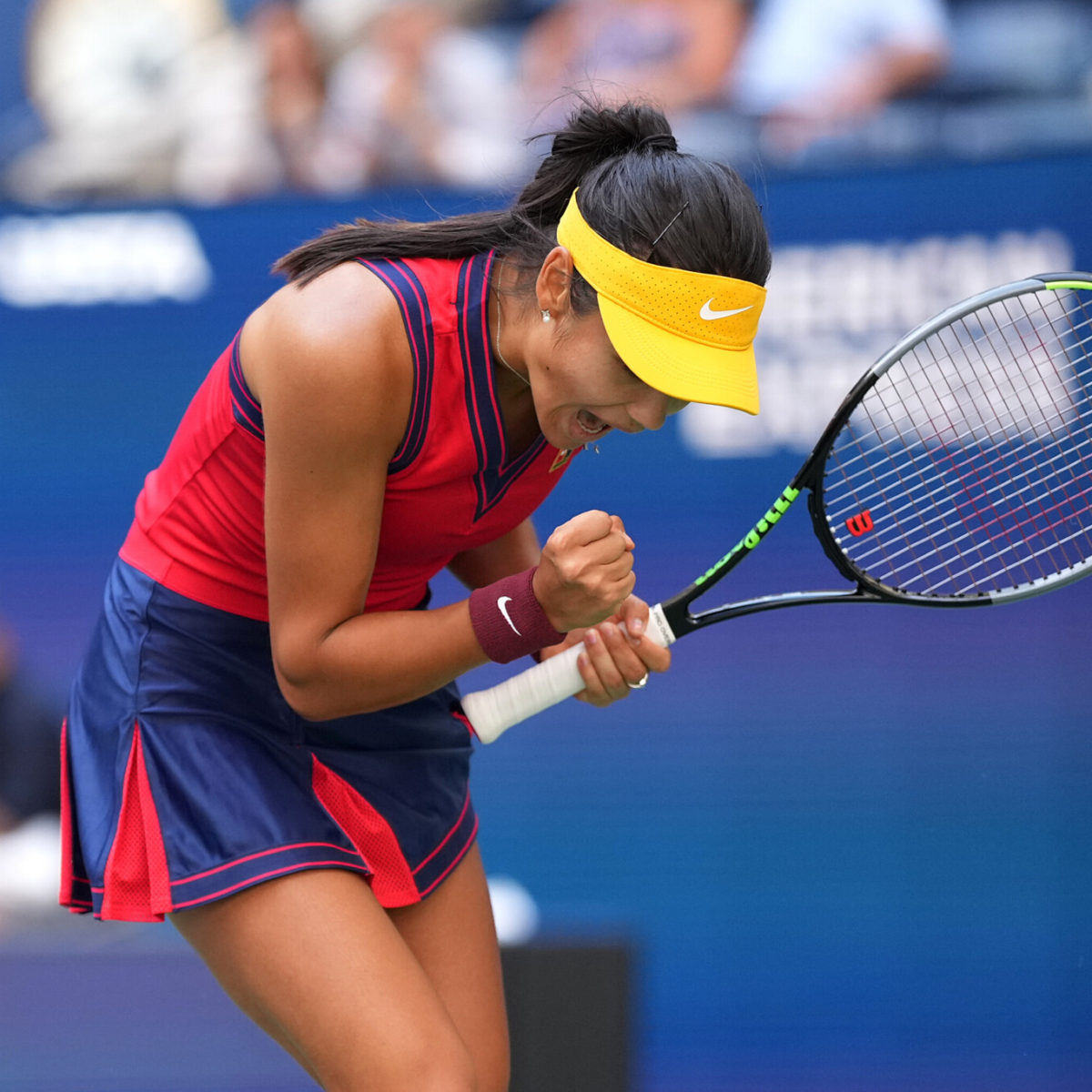 Britain’s Emma Raducanu became just the third qualifier to reach the US Open women’s singles quarterfinals in the Open Era since 1968 with a blistering 6-2, 6-1 demolition of American Shelby Rogers in New York on Monday evening.

Raducanu played a powerful, dominant game that Rogers couldn’t handle, hitting 18 winners to the American’s 14 – bit it was her discipline where she hit only 14 errors to Rogers’ 29 that saw her take the match.

The match started pretty evenly, with the first three games close affairs before Raducanu took control at 2-2 – and never looked back.

She then breezed through the second set, taking a 5-0 lead after winning an 11th game in a row, and lost three match match points at 5-1 before calming her nerves and converting the fourth after a netted return by Rogers.

“It means a lot to have gone out there and to have performed,” Raducanu said.

“Shelby Rogers is an extremely experienced opponent, so I knew I would have to bring it today.

“To play on Ashe for the first time, it was a little bit of a nervy experience in the beginning. I was really proud of myself, how I managed to settle and regroup and find a level that at the end took me to the win.”

The new darling of British tennis, who was cheered on by 1968 US Open champion Virginia Wade, will meet No.11 seed Belinda Bencic next.

“I’m feeling very confident and happy with how I’m performing out here in the States,” Raducanu added.

“I feel like I’m building with each match. I’m really excited to see what I can do on Wednesday.”

Raducanu said it was an incredible experience to be playing in the quarterfinals after not playing for 18 months because of the covid pandemic.

“Had Virginia Wade in the front row,” Raducanu said. “I saw her, spoke to her a little bit after the match. It was just really cool to be able to speak to such legends, get their tips on a couple things.”

She also revealed she had taken some advice from former champion Andy Murray.

“Andy is such an inspirational person to look up,” Raducanu said.

“The amount he’s achieved, the amount he can do with his racquet and skill. To have him like sometimes believe in me, support me, I think it means a lot to have had someone like that.”

“She has been doing a lot of great stuff. I’m excited for her,” Rogers said. “That’s the next generation of our sport, and it’s in good hands.”