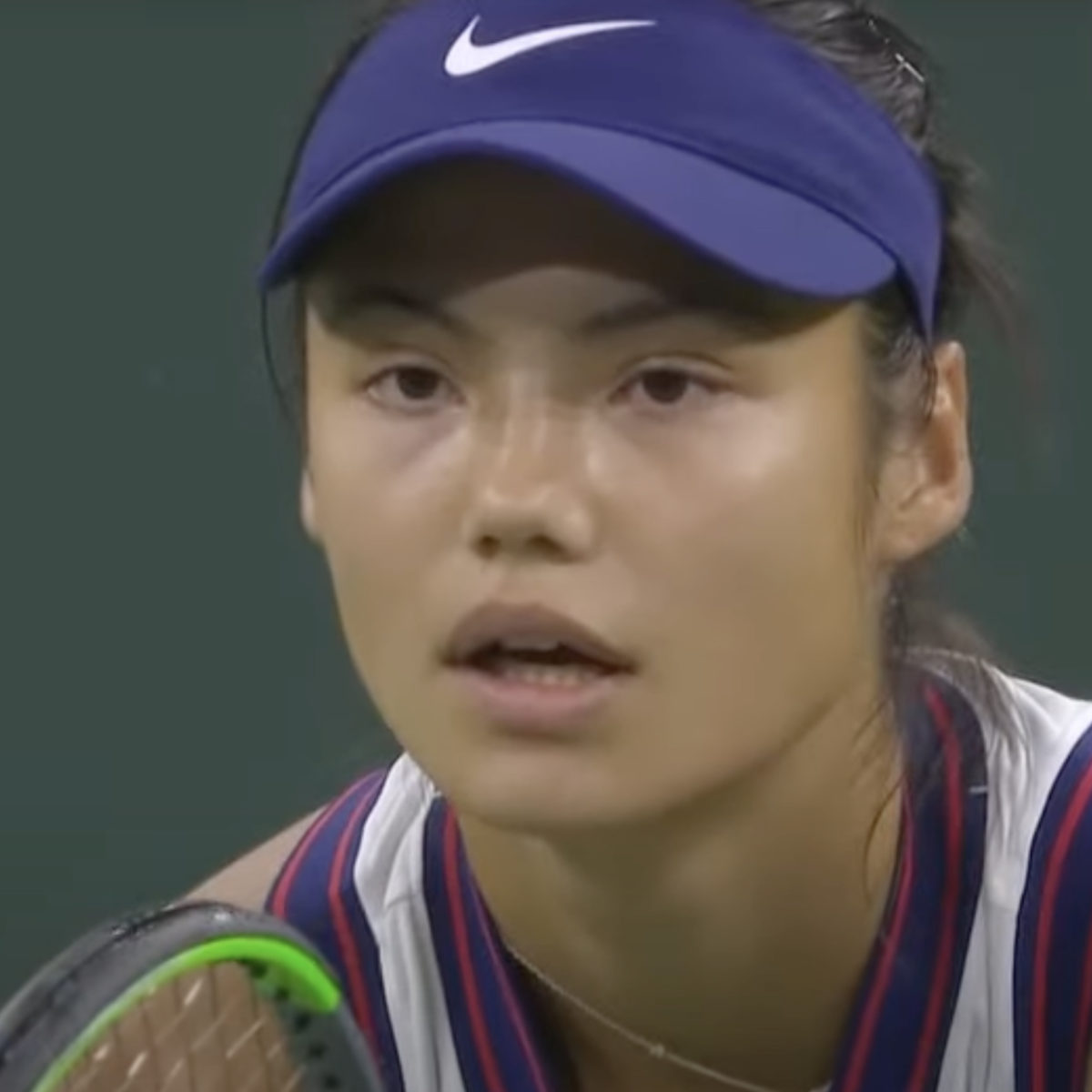 Emma Raducanu came crashing back to earth in the Califiornian desert on Friday night, beaten by world No.100 Aliaksandra Sasnovich 6-2, 6-4 in the second round of the BNP Paribas Open.

It ended Raducanu’s 10-match unbeaten run and earned the Belarusian a third round clash with 2015 champion Simona Halep.

Raducanu started the match where she left off in New York, reeling off the first six points.

But Sasnovich is no such and she weathered the early storm to find some baseline depth.

The Belarusian broke first to open up a 3-1 lead and broke Raducanu again for a 5-2 lead, winning the set in 30 minutes.

Sasnovich was the cleaner hitting 4 unforced errors compared to Raducanu’s 12 and never gave the Brit a chance to break her serve.

Sasnovich broke first in the second set, but Raducanu dug in, gaining her first break point of the match to level at 1-1.

Raducanu then broke to lead 4-2 but the lead was short-lived. She was down 0-40 before battling back to 30-40, but then netted a backhand return and Sasnovich took control, breaking her opponent for the fifth time – then serving out the match.