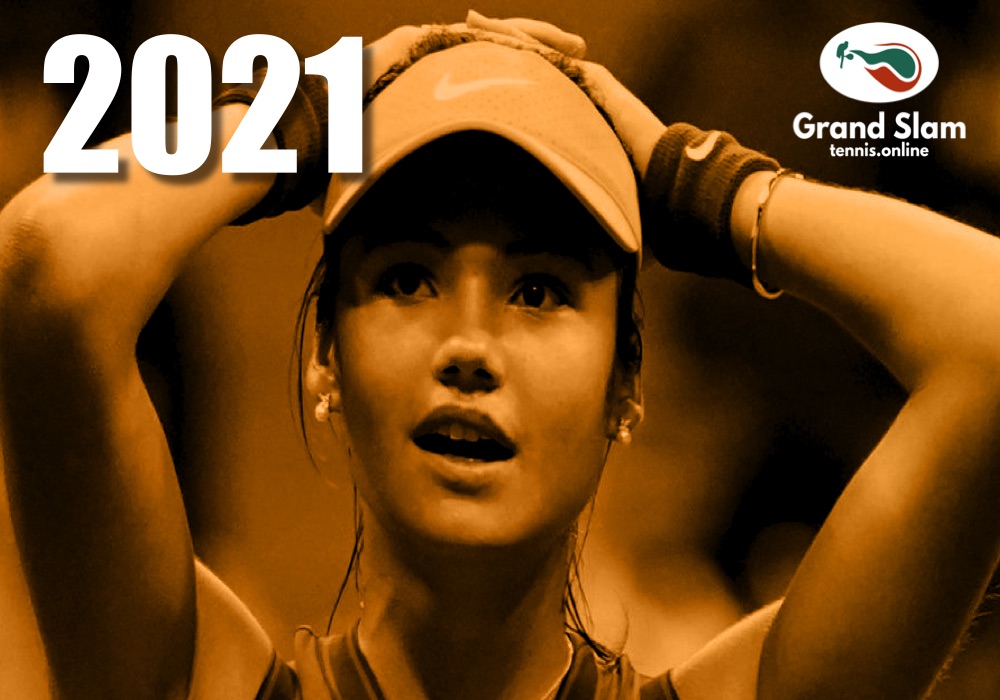 The 2021 season had many highs and lows, amid a global pandemic, but our correspondent Bill Scott picks out his memories of the year…

Emma Raducanu lit up a sometimes pedestrian season with her run to the US Open title from a qualifying start. With that kind of dream scenario, the other three major never got a look in.

With five titles – and a first on clay – 22-year-old Norwegian Casper Ruud announced himself as a contender, ending the season on an eighth ranking as he qualified into his first ATP finals.

A top five win over Stefanos Tsitsipas on the Madrid clay helped in building the ‘Fighting Viking’s’ tennis brand.

Ash Barty coasted along unchallenged on the top ranking thanks in part to the WTA COVID ranking numbers game. But after winning five titles – including a first Wimbledon – the Queenslander felt the lure of home too strong and packed in her nonstop travelling season after a third-round loss at the US Open.

Daniil Medvedev became the first of the young guns to clinch a Grand Slam title. To sweeten the deal, he did it at the expense of Novak Djokovic, knocking the Serb back in the US Open final with a blow which affected the beaten-down No. 1 for the remainder of his season.

Besides his skills on court, Monte Carlo-based Medvedev – while no Federer – displays a solid wit post-match, unafraid to laugh at himself as he grinds his way towards the top of the ATP tree.

Roger Federer may have been getting ahead of himself when he made a spring comeback try on clay after his multiple right knee surgeries. The Swiss icon fell well short, with a Geneva opening loss followed by a rare injury walkover to Matteo Berrettini barely a week later at Roland Garros.

The biggest letdown: going out in the Wimbledon fourth round to then-journeyman Hubert Hurkacz, who followed up a surprise Miami title with a defat of the great man.

Underperformance of the Year

Nick Kyrgios continued to un-impress, with the one-time boy wonder – now ranked a dismal 93 and falling – venting his frustration on social media. The Aussie who barely bothered to lift a racquet in 2021, instead started brief social media skirmishes with his elders including Novak Djokovic and Rafael Nadal.

For good measure he (correctly) lit into tennis anti-vaxxers but then unexplainedly called for the 2022 Australian Open to be cancelled due to the pandemic.

Kyrgios took full advantage of Australia’s COVID lockdown epoch, fronting up for just 15 matches and losing eight of them. After an opening loss at the September Laver Cup in Boston, the basketball-mad 26-year-old shot back home, where he has issued forth on social at regular intervals.

This category must have been created for Emma Raducanu, who burned brightly in New York. The question will be whether the British teenager flames out or regains traction as the 2022 season kicks in.

Three Tour-level semi-finals is less than a year from October, 2020, may serve Flying Finn Emil Ruusuvuori well as the No. 95 makes a move next season. The 22-year-old built a solid base with four Challenger titles in 2019 before COVID wrecked the tennis ambience.

Ruusuvuori seems to have a hex on Frenchman, defeating Benoit Pair twice in 2021 and dismissing Gael Monfils in the Australian Open first round. But his biggest success came in the Miami second round when he accounted for Alexander Zverev.