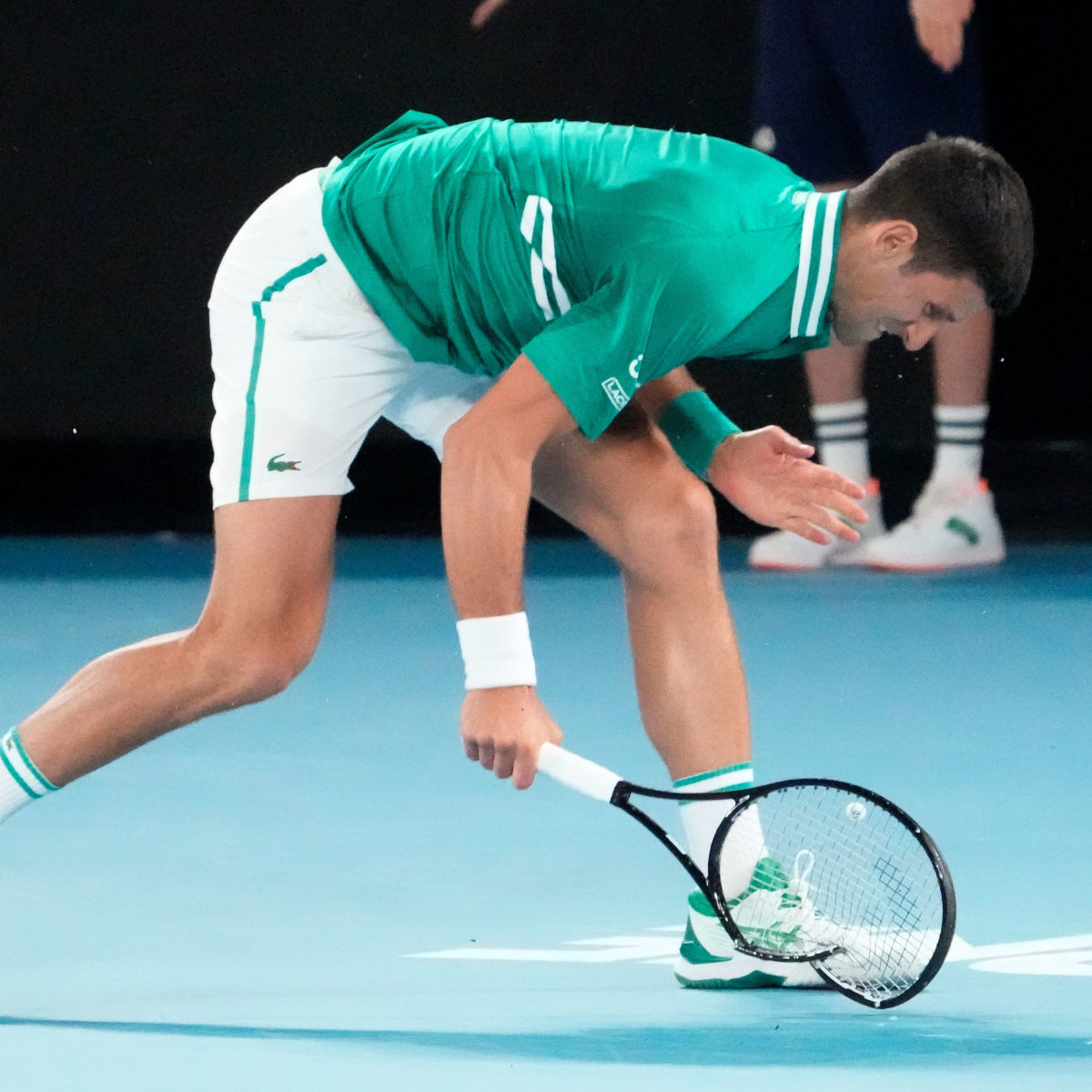 An irate Novak Djokovic laid on a violent mid-match racquet smash, showing no signs of any abdominal injury as he reached the semi-finals of the Australian Open over Alexander Zverev 6-7(6), 6-2, 6-3, 7-6(6) on Tuesday

The Serb finished off his win in just over three and a half hours by making his somewhat empty arms-spread “victory” gesture to nonexistent fans in stands left empty by another COVID-19 lockdown.

The success for a player who had pleaded an “abdominal tear” on Friday then two days later whipped Milos Raonic without hint of discomfort, puts the Serb into a semi-final with record-setting Russian qualifier Aslan Karatsev.

Djokovic advanced on his second match point – a  23rd ace – with a comeback from 4-1 down in the third set helping his progress.

Djokovic has now defeated Zverev – his own abdomen heavily taped – in both of their Grand Slam matches.