Queen to Queen Emma: Inspire the next generation 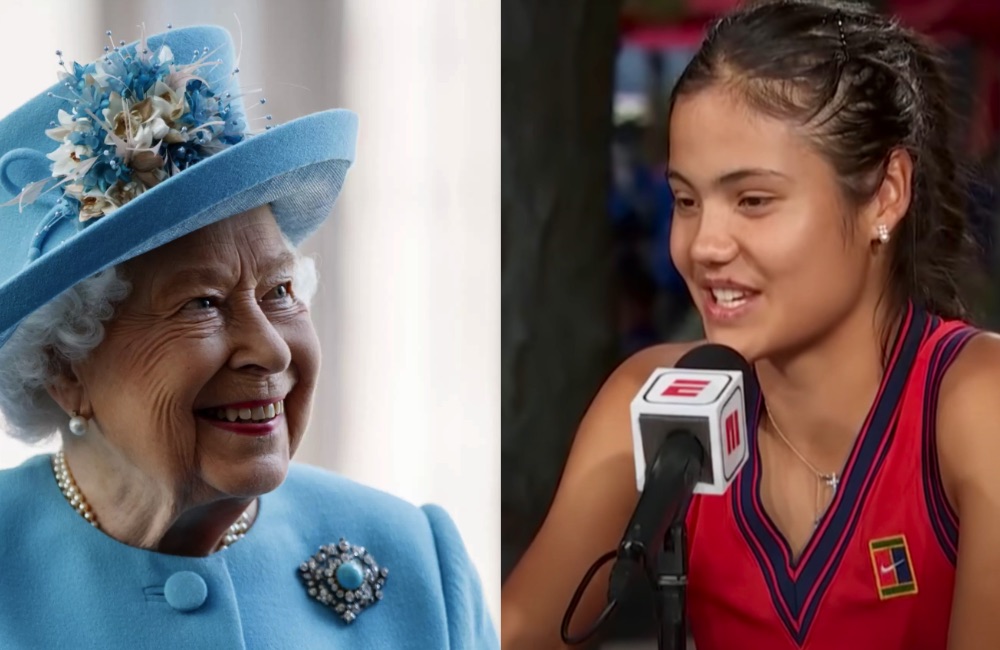 Queen Elizabeth II joined in the congratulations for new US Open champion Emma Raducanu by releasing a rare personal statement after in London eartly on Sunday morning.

“It is a remarkable achievement at such a young age, and is testament to your hard work and dedication. I have no doubt your outstanding performance, and that of your opponent Leylah Fernandez, will inspire the next generation of tennis players,” the Queen wrote.

“I send my warmest good wishes to you and your many supporters.”

And she wasn’t the only member of the British royal family to offer up congratulations.

A tweet from the Duke and Duchess of Cambridge also congratulated the teenager and her opponent on their “amazing achievements”.

“Huge congratulations @EmmaRaducanu on your stunning performances and historic Grand Slam victory! Incredible – we are all so proud of you,” it read.

“@leylahfernandez well done on your amazing achievements at this year’s #USOpen, it’s been a pleasure to watch. C”.

British tennis star Tim Henman was working for the media courtside during the match and found it hard to keep his emtions in check.

He said: “It’s an absolute joke, I’m shaking and my legs are like jelly,” he said.

“I can’t believe how resilient she was and the quality of tennis. These champions find a way to get it done.

“She executed at such a high level. On the day Raducanu was too good.

“She made it look ridiculously easy but she has the mental toughness in spades.”

In winning the tournament Raducanu became the youngest player to win a Grand Slam champion since Maria Sharapova in 2004.

She is also the first British woman to win a Grand Slam title since Virginia Wade at Wimbledon in 1977 and the youngest US Open champion since Serena Williams in 1999 and the first US Open women’s champion not to drop a set since Williams in 2014.