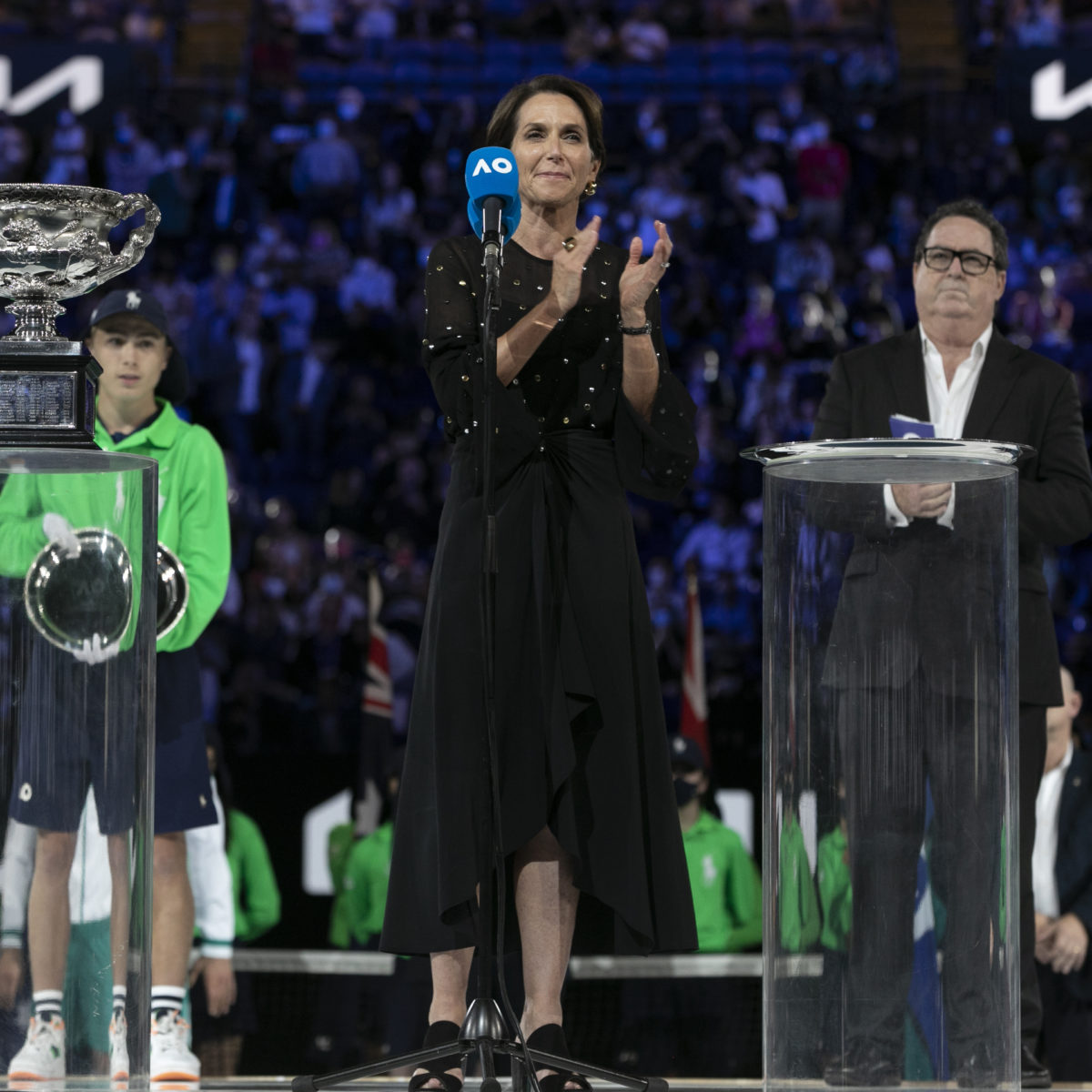 Tennis Australia president Jayne Hrdlicka faced a chorus of boos during the presentation ceremony at the Australian Open yesterday after mentioning the COVID-19 vaccine and the Victorian government.

But the boost were not aimed at her, or at the players – more at Victorian premier Dan Andrews and Melbourne’s three Covid-19 lockdowns.

When Ms Hrdlicka thanked the Victorian Government for making the tournament possible the boos grew louder.

But the boos were aimed at premier Andrews, whose handling of the pandemic has come under increasing fire.

The scenes garnered mixed reactions in Australia, with Deputy Prime Minister Michael McCormack criticising fans, saying he thought “it was rather disgusting behaviour”, while senator Matt Canavan said only a few fans booed.

“It’s sort of an Australian tradition to boo politicians and political statements,” he said.