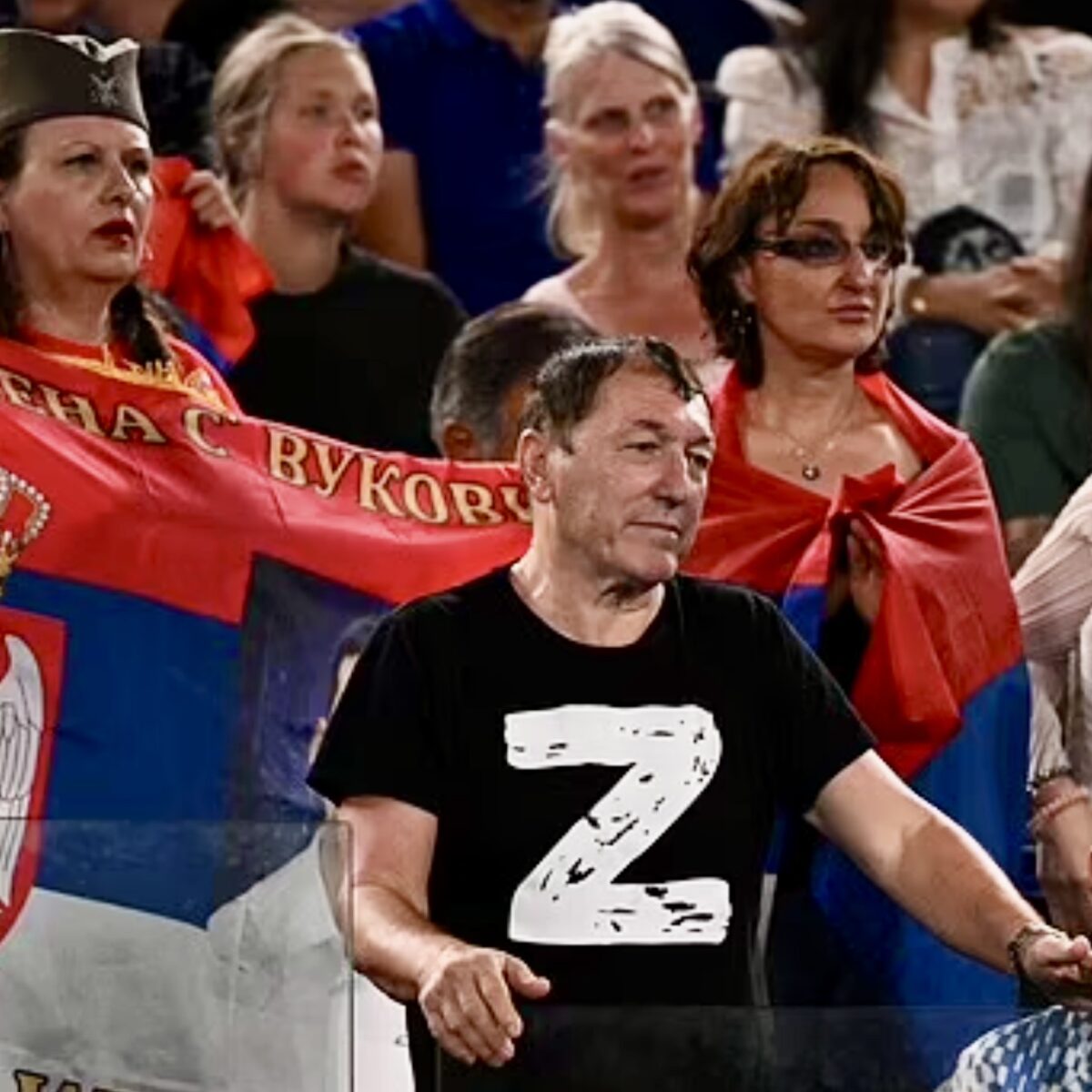 Police have questioned a group of Novak Djokovic’s Serb fans after an illegal display of support for Russia’s invasion of Ukraine at the Australian Open.

One member of the group was seen displaying the banned Russian “Z” logo after removing his outer shirt during Djokovic’s straight-set quarter-final win over Andrey Rublev.

Britain’s Daily Telegraph newspaper said Djokovic could later be seen signing a post-match autograph for the offender; Djokovic’s Serbia is considered Russia’s closest ally in Europe and has refused to participate in ongoing international sanctions to protest the invasion.

Tennis Australia, which made a big show last week of banning Russian and Belarus flags and the “Z” pro-war logo from the grounds, later issued a bland statement.

“Victoria Police intervened and are continuing to question them. The comfort and safety of everyone is our priority and we work closely with security and authorities.”

The incident was not the first time local Serbs have interrupted proceedings in Melbourne Park.

A small chair-tossing riot between Serbs and Croats marred opening day of the Grand Slam in 2009 in the ethnically diverse Victorian capital.

Slavs figure prominently at the semi-final stage of the major, with all four women’s semi-finalists part of the grouping.

Victoria Azarenka and Aryna Sabalenka are both from Belarus, while Kazakh Wimbledon winner Elena Rybakina was born in Moscow and Magda Linette is a Pole.

On the men’s side, Djokovic is a pure Serb while Karen Khachanov is Russian.