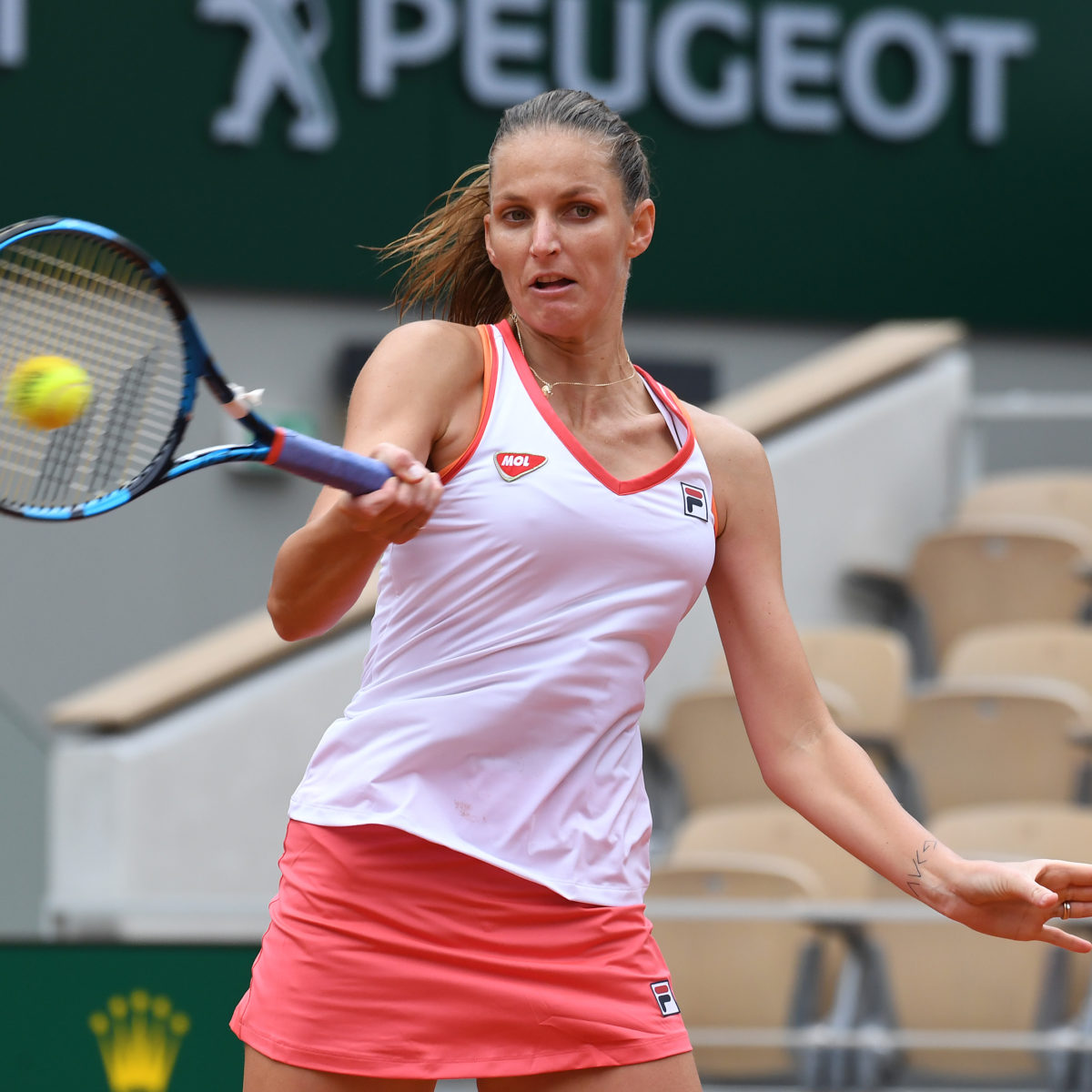 Former No. 1 Karolina Pliskova survived an unexpected  challenge from the first Egyptian woman to ever play a Grand Slam main draw match, with the second seed struggling to a 6-7(9), 6-2, 6-2 win on Tuesday at the French Open.

The narrow success which took more than two and a quarter hours puts Pliskova into the second round, where she will face 2017 Roland Garros winner Jelena Ostapenko after the Latvian destroyed American Madison Brengle 6-2, 6-1 in  63 minutes.

“I feel much better than the years before. I was practising a lot,” Ostapenko said after winning her first match here since her final three years ago.

“I didn’t play the US swing and I was practising all the time on clay.

“I was waiting for this clay season – finally, here we are. I’m just taking one match at a time. I’m really happy with my performance today.”

Ostapenko advanced with 46 winners after coming into the event unseeded and ranked 43rd.

Pliskova admitted she had a lucky escape against 172nd-ranked qualifier Sherif.

“She also played a little better than I maybe thought,” the seed said. “But let’s not talk about my level. I think there is big room for
improvement.

“But I’m in the next round.

“I saw the way she plays. But it’s tougher in these conditions – it was super wet, raining half of the match. it was not easy to kill a ball.

She played very smart today. She had a lot of confidence from winning three qualifying matches, she had nothing to lose.”

The feisty challenger saved 10 of the 15 break points she faced while breaking the seed twice.

A victory by German Laura Siegemund over France’s Kristina Mladenovic 7-5, 6-3, as mired in controversy over what appeared to be an unsighted double bounce on a set point in the first set for the German.

Television replays showed the ball hitting the ground before Siegemund scooped it up with her racquet to nullify a set point for her opponent with Mladenovic leading 5-1.

After losing the point, the air went out of the French attack, with Mladenovic losing the set 7-5 followed by the match.

Mladenovic said she didn’t expect Laura Siegemund to call the double-bounce on herself, blaming an inattentive chair umpire.

“I didn’t expect her to give me the point. She was not the one responsible for giving me the point,” the French player said.

“The chair umpire was the only person not to have seen it on the centre court, so we can call that a turning point.

“I should have been 6-1. I don’t know about the outcome of the rest of the match after that, but, it was definitely a key point.”

The victory was a 180-degree turn from her love-love lost in the Rome first round this month at the hands of Victoria Azarenka.

“Conditions weren’t the best, it was really tough with the courts,” the Russian-born American said.

“It was raining and we went inside and then it started raining again. Conditions weren’t easy at all, but I’m just happy with the way I competed and found a way to win.

“I play to win. I get pretty hard on myself when I’m not winning and pretty upset with myself.”