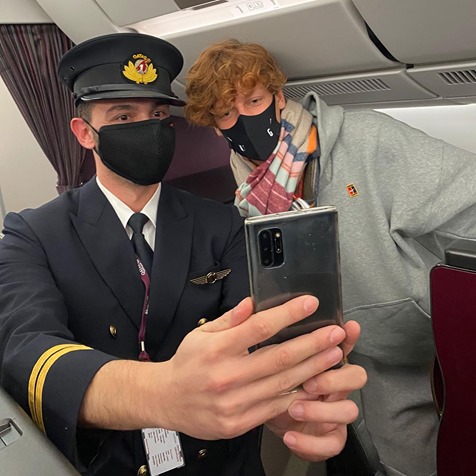 Australian Open tournament director Craig Tiley has reiterated players and staff were made aware of the risks of quarantine before they arrived In the country.

A total of 47 players are in isolation in their hotel rooms for 14 days after three positive tests for COVID-19 were confirmed.

Tiley said he and his team had worked for months to secure an agreement so players could be allowed out of their rooms for five hours a day during the quarantine period to practise.

But after a number of players reacted with anger to the latest lockdowns on social media, Tiley told Australia’s Channel 9 TV he was sympathetic to their feelings.

“I totally understand the emotion the players are going through right now as well as their objection to the situation,” he said.

“The determination of who was and who wasn’t a close contact was going to be entirely up to the health department, and they’re doing what they deem is necessary in order to keep our community safe.

“Obviously what has changed over the last several weeks is the new UK strain, which is more infectious, and there’s obviously a great desire by all of us to make sure that doesn’t come into our community.

“It is unfortunate that we’re in an environment now where we’ve got to manage it.”

Grand slam champions Victoria Azarenka, Angelique Kerber and Bianca Andreescu are among those in isolation. Players should be cleared before the week of warm-up events begins on January 31 but they may not be in peak physical condition.

Tiley dismissed any suggestion the Open could be delayed further.

“The Australian Open starts on February 8. We are reviewing the schedule leading in to see what we can do to assist these players.”